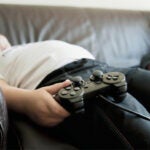 Study linking the two is largest and most comprehensive to date

Vasectomy is associated with a small increased risk of prostate cancer, and a stronger risk for advanced or lethal prostate cancer, according to a new study from Harvard School of Public Health (HSPH). The researchers found that the association remained even among men who received regular prostate-specific antigen (PSA) screening, suggesting the increased risk of lethal cancer cannot be explained by diagnostic bias. It is the largest and most comprehensive study to date to look at the link between vasectomy and prostate cancer.

The study appeared online July 7 in Journal of Clinical Oncology.

The results showed a 10 percent increased risk of prostate cancer overall in men who had a vasectomy. Vasectomy was not significantly associated with risk of low-grade cancer; however, it was associated with stronger risks of advanced and lethal prostate cancer, by an additional 20 percent and 19 percent respectively. Among men who received regular PSA screening, the relative increase in risk of lethal prostate cancer was 56 percent. The effect appeared to be stronger among men who had a vasectomy at a younger age.

“This study follows our initial publication on vasectomy and prostate cancer in 1993, with 19 additional years of follow-up and tenfold greater number of cases. The results support the hypothesis that vasectomy is associated with an increased risk of advanced or lethal prostate cancer,” said co-author Lorelei Mucci, associate professor of epidemiology at HSPH.

Vasectomy is a common form of contraception in the United States, with about 15 percent of men undergo the procedure. Prostate cancer is the second-leading cause of cancer death among American men, so identifying risk factors for lethal prostate cancer is important for public health.

The researchers analyzed data from the Health Professionals Follow-Up Study, which followed 49,405 American men for up to 24 years between 1986 and 2010. During that time, 6,023 cases of prostate cancer were diagnosed, including 811 lethal cases. One in four of the men in this study reported having a vasectomy.

Prior work on this topic raised concerns that the positive associations could be linked to bias. However, in the present study, the researchers had access to diverse information and could rule out potential biases, including the possibilities that men who have vasectomies seek more medical care in general or have higher rates of PSA screening, or that the association was due driven by differences in sex hormone levels, sexually transmitted infections, or cancer treatment.

Among the men in this study, 16 in 1,000 developed lethal prostate cancer during 24 years of follow-up. Although the relative increase in the risk associated with vasectomy was significant, this translates to a comparatively small increase in absolute difference in the risk of lethal prostate cancer, the researchers said. “The decision to opt for a vasectomy as a form of birth control is a highly personal one and a man should discuss the risks and benefits with his physician,” said co-author Kathryn Wilson, research associate in the Department of Epidemiology at HSPH.