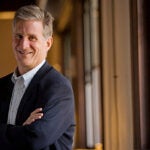 ‘The Children We Mean to Raise’

Analysts say rising innovation districts help cities, but are not a cure-all

Eager to jump-start local businesses and provide badly needed jobs amid the deep recession that hit in 2008, big-city mayors and real estate agents alike latched onto a shiny new mantra they hoped would fill their surplus of empty office buildings and vacant lots: innovation districts.

Once-thriving manufacturing hubs such as Pittsburgh and Detroit have been working to move beyond heavy industry to become like Cambridge and Boston, metropolitan regions rich in academic research and banking institutions. More than a dozen U.S. cities have designated sections of their downtowns as micro business empowerment zones targeting the innovation economy.

By transforming underutilized industrial areas or waterfront land, as Boston’s Innovation District did, local government officials are betting that a strategic mix of universities, established companies, and startups in growing sectors like technology and health sciences will attract a critical mass of entrepreneurs, which in turn will stimulate retail and service industries, spur development of housing, and ultimately drive up property values. Part of the lure of such areas is cheap office space and reduced regulatory red tape.

According to a new analysis by the Brookings Institution, the rise of innovation districts across the country represents “a radical departure” from traditional economic development schemes that pushed revitalization through construction of sports stadiums, retail outlets, and housing. With careful planning and design that promotes innovation, creativity, and network-building by emphasizing density, proximity, pedestrian-friendly streets, and public gathering spaces, these districts are transforming the physical and economic landscapes of cities while addressing today’s top economic challenges: sluggish growth, national austerity, rising social inequality, sprawl, and environmental degradation, the study finds.

But while many districts show great promise, Harvard economic and planning experts say it’s too soon to be certain that these experiments can help remake moribund inner cities into 21st-century global powerhouses.

“There’s an overwhelming error of urban policy over the past 75 years which has been to follow a Potemkin village strategy of urban revitalization that acts as if what you need to do to get a city going again is to build more stuff,” said Edward Glaeser, Fred and Eleanor Glimp Professor of Economics in the Faculty of Arts and Sciences and director of the Rappaport Institute for Greater Boston and of the Taubman Center for State and Local Government at Harvard Kennedy School. He was discussing the failed, traditional ways cities have tried to encourage economic growth.

“Innovation districts are … a hypothesis; they’re not a proven strategy at this point in time. I think they’re as sensible a hypothesis as any one out there, but they’re merely a hypothesis,” he said.

Whether the layout and design of these districts truly fosters innovation, or simply reflects the aesthetic and lifestyle preferences of a young innovation workforce, is similarly unclear, and constitutes rich territory that researchers have only begun to study.

“I think we’re still operating more on intuition about what sorts of physical layouts promote innovation as much as evidence-based foundations,” said Jerold Kayden, Frank Backus Williams Professor of Urban Planning and Design at the Graduate School of Design. “I think we all believe it. There are strands of evidence that support it. I just think we need to do more to really demonstrate that this is true and to indicate what are the best ways of laying out these districts beyond just calling one an innovation district and getting a lot of innovators to show up.”

Building and touting amenities such as bike- and ride-sharing programs, green spaces, and trendy coffee shops and restaurants is a stark departure from bygone days when people moved to wherever their job was located.

The report identifies three district models: those based around a major institutional “anchor,” as in Kendall Square; “reimagined” warehouse or industrial urban areas such as Brooklyn’s Navy Yard; and “urbanized science parks” like North Carolina’s Research Triangle. The report offers some initial guidance to city leaders on how best to recognize and broaden the growth of their innovation districts.

Although city and state governments have played and continue to play important roles in assisting district growth, Glaeser said it’s critical they do not lose sight of their mission.

“To me, the basics of good government don’t really change, and government’s job is not fundamentally to be either an entrepreneur or a venture capitalist. Government’s business is to deliver basic quality of life, try and right some of the inequities of the world, promote decent schools, and provide functional spaces. To the extent to which an innovation district can complement that, it’s great. To the extent to which it’s a distraction from those things, it’s bad,” he said.

“I think, fundamentally, the energy for entrepreneurship always has to come from the private sector,” said Glaeser.

Unfortunately, not every city and town with vacant buildings and a dearth of jobs can put up some banners, invite some companies to town, and expect to replicate what’s going on in Boston or in California’s Silicon Valley.

“It’s very hard to imagine how you can have anything that can be plausibly called an innovation district if 10 percent of your adults have college degrees,” said Glaeser. “It’s all about having smart people who are connected by urban density and who learn from each other and work with each other.”

The success of innovation districts has raised some equity issues. “One of the outstanding questions is, how does the city guarantee that people from less well-off neighborhoods” be included so “that the benefits of these areas extend to everybody?” said Kayden. He notes that some analysts, including Glaeser, have advocated for locating smaller innovation districts in still-distressed areas like Boston’s Dudley Square to create jobs for people untouched by the boom in South Boston or Cambridge.

While Stanford and Massachusetts Institute of Technology have long embraced their roles as academic anchors in their respective districts, Harvard has historically proceeded more cautiously, a position that has been changing “dramatically,” said Glaeser.

“If you go back and read Derek Bok’s book [‘Universities in the Marketplace’] on the University, Derek’s view was that engagement with this sort of entrepreneurship was deeply polluting for the idea of the University. He’s not entirely wrong; there are costs of having guys think that their job in life is to start a company and become vastly wealthy, as opposed to their job in life is to write books and inform the world,” he said.

“There’s a certain part of me that believes in Derek’s vision. That being said, I think the world has changed in such a way that that vision is just very difficult to sustain.”