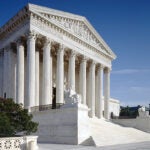 In the 1960s, scholar Paul R. Ehrlich warned that a looming global population explosion would usher in mass starvation and death by the end of the 20th century.

If recent data are any indication, Ehrlich’s fears may have been somewhat misplaced. For the past several decades, fertility rates have steadily declined around the world. But many analysts agree that those falling figures are tied to another set of problems.

According to the experts, parts of the world are facing a new “demographic time bomb,” one that threatens skyrocketing health care and pension costs as populations age. The threat also could undermine the economies of many nations by robbing them of young, homegrown workers entering the labor force.

“It was really a shocking realization that this was happening,” said Mary Brinton, Radcliffe Hrdy Fellow and chair of Harvard’s sociology department. For the past several years, Brinton and a team of collaborators that includes several Harvard students, have explored declining fertility rates in postindustrial societies, in work partly funded by the National Science Foundation.

Brinton researches countries in Southern Europe and East Asia where birthrates average 1.5 or below. (Demographers argue that countries need to maintain a 2.1 birthrate — the number of children born to each woman as an average — to replace their populations without help from immigration.)

What’s behind this decline? According to Brinton, the complicated problem involves several factors, led by economic forces and entrenched attitudes about women in the workforce and as mothers.

During a year at the Radcliffe Institute for Advanced Study, Brinton and her team continued analyzing the results of 400 in-depth interviews with men and women in their late 20s and early 30s in Japan, Sweden, Spain, South Korea, and the United States. The comparative study focused on 80 respondents in each country who completed some form of education after high school.

Using the same questions and a restricted sample allowed the team to make “sensible comparisons across countries,” said Brinton. The lengthy interviews also allowed them to explore “the reasoning that different people are using, so that we can really understand how people are thinking about their lives at critical junctures in young adulthood.”

Interviewers asked respondents about their attitudes toward work, marriage, family, and children, and more nuanced questions about gender roles, including queries such as “Should mothers work outside the home?” and “Do men make better business executives than women?”

The responses revealed that Japan and South Korea’s similar attitudes about gender norms are likely helping keep birthrates there low. In those societies, the prevailing cultural norms hold that women should leave their jobs when it’s time to have children, while their husbands should continue as breadwinners with little responsibility for household work or child care.

Sixty percent of women in Japan quit the labor force by the time they have their first child, said Brinton, “and that hasn’t budged in 20 years.” As increasing numbers of well-educated women enter the workforce, “Something has got to give,” she said. “What gives in Japan is that a lot of women don’t get married and have kids, but instead have careers. It’s either/or.”

In Spain, Brinton and her colleagues noticed that while husbands tend to have more flexible attitudes toward helping with child care and household chores, allowing women to work more, the country’s struggling economy is most likely the biggest factor driving birthrates down.

“I see much more negotiation and discussion between the sexes about who’s going to do how much housework and how the child care is going to be arranged — more openness, more flexibility,” said Brinton. “The big bottleneck seems to be that unemployment is heavily concentrated among young people. With such economic uncertainty, they are just scared to go ahead and have families, worried about whether they can support them.”

In contrast, birthrates are holding up in Sweden, where interview responses indicated that strong government support for public child care and generous parental leave options make mixing work and family much easier for young couples raising children than in most other countries.

Perhaps somewhat surprisingly, the fertility rate in the United States, where state support for caregiving lags well behind the Swedish model, also remains fairly steady. In the American responses, Brinton found a strong belief in family and a desire to juggle a career and children successfully, no matter what. Free from the rigid gender strictures in countries such as Japan and South Korea, parents in the United States can “fashion the way they want to live without tremendous social sanctions,” said Brinton. But their desire to work hard and be good, caring parents often clashes with inflexible hours at work.

“People who are happiest in the U.S. are the ones who have some flexibility in their working hours. But it’s up to you to solve those problems with your employer. You have to negotiate every piece of it.”

One advantage for workers in the United Sates is their ability to switch jobs to find a better work-life balance. American workers with good educations and strong skill sets often have the option of changing jobs or even careers, said Brinton.

“In Japan, we are not hearing in the interviews, ‘If I can’t figure this out with my employer, I will try to find another job.’ People don’t say that very much because it’s much less possible.

“The United States is an incredibly mobile society,” she added. “We are always trying to figure things out and see how to move on.”