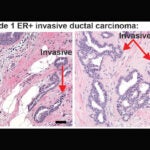 A malignant ‘switch’ in breast cancer

With a patient ready, Brigham plans to move ahead with bilateral transplant

Will Lautzenheiser is an organ donor, willing to contribute almost everything. He said so on camera today.

“Obviously, I’ve missed the opportunity to donate my own arms and legs, but everything else can be considered a hand-me-down, including my face if need be,” Lautzenheiser said.

The pronouncement got a chuckle out of an assemblage of normally hard-boiled newspaper and television reporters, gathered to document Lautzenheiser’s decision to pursue a double arm transplant that may give him greater independence, and which represents the latest foray by the Harvard-affiliated Brigham and Women’s Hospital (BWH) into the frontiers of organ and tissue transplantation.

Lautzenheiser, 39, is a quad amputee who until several years ago was a Boston University film professor. His trouble started in 2011, as he was beginning a new job in Montana. He developed a streptococcus infection that became necrotizing fasciitis, which destroyed the tissues of his arms and legs and nearly killed him. Doctors had to amputate the limbs to save his life.

Lautzenheiser hopes to become BWH’s third double arm-transplant patient, its first involving an arm above the elbow, and one of just a few in the world to undergo the bilateral procedure. Simon Talbot, assistant professor of surgery at Harvard Medical School (HMS) and the lead surgeon on Lautzenheiser’s case, said that precise numbers are difficult to find, but there have been roughly 70 cases of arm transplants so far around the world, very few of which were double transplants.

Lautzenheiser said his lack of independence was a factor in his decision to go forward with the procedure. With no legs, one arm amputated above the elbow, and one below the elbow, he is dependent on others for virtually everything. Even just gaining another elbow, he said, would help him greatly.

If the procedure works as hoped, physicians expect that his right arm, which has its own elbow joint and some forearm muscles intact, will regain a great deal of functionality. The transplanted left arm has more question marks, Talbot said, but some functionality and even a sense of touch are possible.

Lautzenheiser said he looks forward to holding his niece, hopes to resume his film work, and wants to cook again, something he misses greatly.

He cleared BWH’s Institutional Review Board, which screens potential transplant candidates for a host of physical and psychological factors to ensure that they’re suitable for the procedure, according to Bohdan Pomahac, director of plastic surgery transplantation at BWH and associate professor of surgery at HMS.

Pomahac, who led the team that performed the first U.S. face transplant in 2011, appeared at the news conference at BWH with Lautzenheiser, Talbot, and Richard Luskin, president and chief executive officer of the New England Organ Bank. After a century of development, transplantation has been dramatically accelerating in recent years, Pomahac said. Faces, upper extremities, and, more recently, lower extremities are being transplanted, promising restored functionality that was impossible a few years ago.

The body’s immune response remains a problem, he said, and recipients must take immune-suppression drugs for the rest of their lives to keep their bodies from rejecting a graft as foreign. In addition to pioneering surgical transplant techniques, BWH is conducting research on ways to help the body accept its transplanted parts, he said, with clinical trials underway examining how to minimize the use of immune-suppression drugs and induce tolerance of the graft by the body.

“We feel we are very close, and the future will tell,” Pomahac said. “What we are hoping to provide … is independence, something no prosthesis can provide.”

BWH’s program has enjoyed a great deal of support from the hospital administration, Pomahac said, as well as funding from the Defense Department, which is interested in new ways to heal soldiers returning with battlefield injuries. A key partner in the effort is the New England Organ Bank, which will now begin looking for suitable donors for Lautzenheiser.

Pomahac, Lautzenheiser, and Luskin expressed gratitude to families who, despite their grief at losing a loved one, decide to donate a body that can be used to save or improve other lives. Donor arms for Lautzenheiser will be matched to him in a number of ways, including blood type, skin tone, size, and gender.

There remains a huge need for organ donation nationally, Luskin said. About 18 people die each day awaiting a donor organ, with 4,000 people waiting for organs in New England alone.

“Unfortunately, there are just not enough donors,” Luskin said.

Once a donor is found, Lautzenheiser faces 12 to 16 hours of surgery by a team led by Talbot. The surgeons will work on each arm of the donor and recipient, first severing and then reattaching bones, muscles, tendons and nerves. After surgery, Lautzenheiser will be in the hospital for weeks, after which he will face months of recovery. Talbot said it is difficult to know how much functionality Lautzenheiser will regain, and progress will likely be slow.

Lautzenheiser, who thanked the doctors who treated him in Montana and Utah, said he initially didn’t think limb transplantation was an option. It was only after he had returned to Boston that a physician at Boston Medical Center suggested it and connected him with the BWH program.

Lautzenheiser said the people around him kept him thinking positively and looking to the future, rather than fixating on his loss. He worked on a short film of his story, called “Stumped,” which is playing at film festivals, and has done comedy routines poking fun at his situation.

With the bilateral arm transplant, Lautzenheiser will still be without legs, though he said new hands would help him manage his leg prostheses. He would consider a leg transplant, he said, though the surgeons said a four-limb procedure is not yet safe.

Lautzenheiser admitted he feels some nervousness about the upcoming procedure and the uncertainty ahead. Though a quad amputee, he’s healthy now, he said. He’s looking forward to not just regaining function, but also helping to answer questions such as the long-term effects of anti-rejection drugs, which could aid future patients.

“These are important questions, and I’m as curious as anyone,” Lautzenheiser said. “Let’s find out.”