Avoid the ‘science of yesterday’ 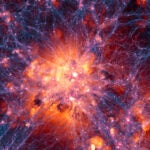 Henk Ovink thinks about the threat posed by rising seas to developed coastlines, a lot.

The Dutch expert on the subject brought his water wisdom to the Harvard Graduate School of Design (GSD) this semester, co-teaching a course on managing such risks and vulnerabilities, GSD 01507. Final student presentations followed a semester of  “studios” that sought to provide design answers to real-world problems.

Ovink, whose lowland country has had centuries of experience holding back the sea, had met the secretary during his tour of the Netherlands in December 2012, and soon signed on to help. Helping largely meant organizing Rebuild by Design, an open competition conceived by Ovink to search for ways to make urbanized coastlines in the Northeast more resilient during major storms.

According to scientists speculating on the fallout from global climate change, seas will rise worldwide over the next century. In the United States, coastlines from Boston to Baltimore will face some of the stiffest challenges.

Ovink’s multiple U.S. roles in the last year have included being a design critic at the GSD, where his first contact years ago was Jerold Kayden, the Frank Backus Williams Professor of Urban Planning and Design. (The two originally met when they partnered on the Harvard-Netherlands Project on Climate Change, Water, Land Development, and Adaption, which began in 2008.) The lanky Dutchman’s peripatetic lifestyle — with lots of time in planes, trains, and automobiles — is evident when you see him in Gund Hall, pulling behind him his signature black suitcase on wheels. He said, “This is my house.”

The studio course was divided into two phases, research and design. Co-teaching were John Gendall, GSD instructor in urban planning and design; Scott G. Davis, director of HUD’s disaster recovery and special issues division; and Samuel Carter, an associate director at the Rockefeller Foundation who established the Institute for Public Knowledge at New York University. (Both the foundation and institute are part of the Rebuild by Design project.)

With his homes in Washington, D.C., and New York City, Harvard is a stop along the way for the busy Ovink, who is on loan to HUD from the Dutch government under a knowledge-sharing agreement based on his experience with the ministry of water affairs and spatial planning. But his presence at the GSD gets right to the heart of the issue in post-Sandy America.

“Design is the key,” he said, which means seeking ideas involving recovery and resilience from many disciplines, working on regional scales, planning long term, and putting innovation at the heart of it all.

“Rebuilding has the tendency to become repair,” said Ovink of many post-disaster efforts. “That’s a loss of lives and a loss of dollars [and also means] that every standard we develop is based on the science of yesterday.”

The scale required and the span of time are also problematic. Any recovery plan involves collaboration on a regional scale, which is “very difficult in the United States because of political boundaries,” he said. “But Sandy showed there is no difference between a Republican and a Democratic victim.” And the time span required? “Anything longer than a year is long-term” to an American, said Ovink, “Now we’re talking 2050 or 2100,” when it comes to rising seas.

A system for regional coordination is in place, he said. Meanwhile, Rebuild by Design, which started with a call for teams last June, is proceeding apace. A month ago, the 10 finalist design teams out of 148 competing presented their ideas in New York and New Jersey. Later this spring, winning teams will be funded through federal block grants. Implementation will start after that. In some cases, that might mean more research, he said, and in others it might mean “actually building a road” or taking some other concrete step.

Ovink told Donovan up front that “this was not going to be a beauty contest for bright pictures in a museum,” but a competition where ideas begin with “facts on the ground” and where proposed solutions would actually be built — perhaps thereby inspiring similar steps elsewhere in the United States. Part of that effort, he said, involved turning the contest idea upside down: Contestants would not invent proposals based on a known problem. Rather, said Ovink, “the best minds in the world from different perspectives” would find out what the problem really was.

So for eight months, often with Ovink in the thick of discussions, 10 teams containing almost 200 people fanned out across Sandy-affected areas to learn from politicians, citizens, experts, and their own eyes. The teams were “walking the beaches,” he said, “getting into trains and planes and cars” in four states to “see all the impact Sandy had on the region.” (Hoboken, N.J., was 80 percent underwater at the storm’s peak.)

The teams also reached out to academic experts on the social, economic, and ecologic effects of a natural disaster like Sandy. “The teams not only met the real world,” he said, “but met the people who did the research on the real world. … It was like a school, with the best faculty ever, going from town to town, from city to city, from landscape to landscape.”

The proposed solutions had to start with viewing “the world from different perspectives,” said Ovink, “to get a better understanding on a regional scale, of vulnerabilities, and then define opportunities.” That was an expensive process, making Ovink’s outreach to organizations like the Rockefeller Foundation critical. (The federal government can fund solutions, he said, but not a process of looking for them, as Rebuild by Design was.)

By last fall, the 10 teams created a collective report, “a tool for designers who work in the region every day,” said Ovink. In November, based on 412 identified opportunities, the design phase began. Ovink warned the teams: Build a coalition with regional residents — mayors, activists, and others — before designing anything, so there are no disconnects between idea and reality. That way, “The whole process becomes a process out in the field,” a design exercise rooted in realities from the start.

“We’re at an interesting moment in time, where we can actually make decisions now that can change the future, and the world a little,” said Ovink before a recent class.

That moment in time comes because of where Sandy made landfall. “There are more and bigger devastating storms in the world, but not many hit cities like New York,” he said of the hurricane’s chance path. “It actually put climate change and the way forward on the international agenda. … If something happens in New York, the world listens.”