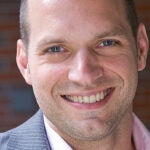 The air pollution challenges facing China are so severe they are potentially destabilizing for the Asian giant, according to former World Bank President Robert Zoellick.

Zoellick, who is currently a senior fellow at the Harvard Kennedy School’s Belfer Center for Science and International Affairs, spoke at Harvard’s Science Center on Wednesday.

Many democratization movements got their start with environmental parties, Zoellick said, because severe pollution is something that directly affects people.  “People can see it, feel it, touch it in their daily lives.”

Though the thick air pollution blanketing many Chinese cities is potentially destabilizing, Zoellick also said that Chinese officials are acutely aware of the problem and are gathering information and seeking ways to address it.

Zoellick made the comments in response to questions from Michael McElroy, Harvard’s Gilbert Butler Professor of Environmental Studies and chair of the Harvard China Project. (The China Project focuses on research on China’s energy, economy, and atmospheric environment.)

Zoellick spoke to a crowd of about 150 as part of the Harvard University Center for the Environment’s (HUCE) “China 2035: Energy, Climate, Development” lecture series. HUCE Director Daniel Schrag, the Sturgis Hooper Professor of Geology and professor of environmental science and engineering, introduced the event, saying that it’s important to understand China because it looms so large on the world stage.

With one-seventh of the world’s population, China consumes more coal than the rest of the world, emits 30 percent of greenhouse gases, and will likely install the most renewable energy in the world, Schrag said.

“It’s impossible to think about the future of the global environment without thinking about China,” Schrag added.

Within the Q-and-A format, where audience members asked questions, Zoellick outlined several challenges facing China, but also said that the U.S., Europe, and other nations should engage with China on issues of global importance.

There may be many areas of dispute, he said, but understanding can begin by talking about areas where we agree. Disputes over China dumping below-cost solar panels on the U.S. market, for example, should be settled through negotiation, not lawsuits, because the U.S., Europe, and China all share an interest in low-cost solar power.

“What I try to do, whether through trade, through investment, through other kinds of things, is … understand the mutuality of problems and see how we can cooperate on them,” said Zoellick, who is the former U.S. deputy secretary of state and U.S. trade representative.

“In addition to the understandable differences we have with the Chinese and others, we should focus on those [areas of potential agreement]. … There’s a lot of things you can work on cooperatively with people, so let’s start and work on those,” he continued.

In addition to pollution, which the nation is beginning to address, another challenge China faces is a transition from an economy dominated by external trade to one driven by internal consumer demand. It is also facing multiple questions about how to power its continued economic growth. Though coal has been a major culprit in its current air pollution woes, the future will see a broad energy mix, including coal, nuclear power, hydropower, and renewables, Zoellick said, adding that it’s hard to predict that mix’s exact composition.

Zoellick said that environmental concerns around nuclear power and hydropower are important, but won’t keep them out of a future energy mix because neither emits carbon dioxide and the overriding concern is reducing the greenhouse gas emissions that drive climate change.

Worries that Chinese energy investments in the U.S. market will threaten U.S. energy security are unfounded, Zoellick said. Energy, he said, is a global commodity, and the U.S. already exports coal. In addition, as the natural gas boom generated by hydraulic fracturing, or fracking, helps move the U.S. to energy independence, liquid natural gas could also be exported, Zoellick said.

Whatever the future energy mix, Zoellick said that energy efficiency will be a critical component, both in China and in the U.S. Solutions to global energy and climate problems will most likely come through technology and innovation, not by global regulations that slow economic growth. Overall, Zoellick said that China’s rapid growth of recent decades will hit some bumps and slow, but the nation will remain a critical player on the global scene.