The quantum of cruelty 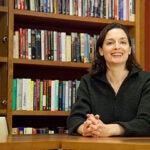 When leaning in is the right move

Five years after the review was ordered, the U.S. Senate Intelligence Committee voted earlier this month to release the executive summary from a 6,300-page report that details for the first time the Central Intelligence Agency’s detention and interrogation programs and practices since the 9/11 terrorist attacks.

The still-classified report is expected to cast a new and harsh light on the CIA’s use of brutal and inhumane techniques to elicit intelligence from suspected terrorist detainees. It also is expected to assert that the CIA misled the committee about the nature of its clandestine activities, according to recent public comments by some committee members. President Obama, who shut down the CIA’s detainee program and formally banned torture shortly after taking office in 2009, has pledged to declassify the report’s summary once the CIA has completed its review of the document, a process that could take months.

Alberto Mora knows all too well how the United States took some actions that violated the Geneva Conventions in the name of fighting terrorism. As the senior civilian lawyer in the Department of the U.S. Navy during much of the George W. Bush administration, he saw firsthand the legal maneuvering that took place to justify the cruel and degrading treatment of detainees held in Guantanamo Bay, Cuba, who were suspected of being members of al-Qaida and other terrorist groups.

Mora was an early and vocal critic of the Bush administration’s support for aggressive interrogation by the military’s Joint Task Force. In a 22-page memo written in 2004 in response to an investigation into abuse at the Abu Ghraib prison, Mora strongly objected to Secretary of Defense Donald Rumsfeld’s authorization of abusive physical and psychological tactics such as waterboarding, a practice long held to be illegal under U.S. and international law. Mora also helped lead an effort from within the Pentagon to put a stop to it. The improper legal basis for granting such authority is reported to be among the committee’s most explosive conclusions.

Currently a fellow at the Advanced Leadership Initiative (ALI) at Harvard University, Mora, 62, says releasing the report is a vital first step in informing the public about actions undertaken by the U.S. government during the war on terror, an area that’s been largely shrouded in secrecy.

“This really should clarify the actual practices used, the frequency, the severity, their impact on the subjects of the interrogation, and the use of that information in an intelligence context and a net assessment as to whether or not it helped make us safer,” he said. “All of this greater factual understanding is absolutely critical if we’re going to have the ability to truly assess the cost, consequences, benefits and negatives of all of this.”

This inquiry “is something I tried to get the Pentagon to do, the joint staff to do. It was one of the last things I did before I left the Pentagon,” said Mora, who retired from the government in 2006. “But I was told they were ordered not to pursue this line of inquiry” because “it would have been embarrassing to the president, embarrassing to the administration.”

Legalizing what had been criminal

Mora, the son of a Harvard-trained physician from Cuba and a Hungarian mother, spent time as a child in pre-Castro Cuba. A conservative who served as a political appointee during the presidencies of both Bushes, he said understanding what went on is important not as a partisan critique of an administration’s policy decisions, but as “an issue of first principles.”

“It’s about values, laws, the character of our country, the foreign policy we’ll pursue, the kind of world we’re seeking to create and support, how we conduct military operations and their effectiveness. All these things are tied into how we treat detainees and what the values are that we live up to or don’t live up to,” he said.

Critics of the report, which was assembled by the committee’s Democratic members, say it paints an inaccurate and incomplete picture of the CIA’s actions. Former Vice President Dick Cheney, widely viewed as the driver behind the use of so-called “enhanced interrogation,” last month denied that such tactics were war crimes and insisted that he would authorize their use again because they yielded valuable information.

“The proponents of this have said it was legal, necessary, and effective,” said Mora, who rejects the term “enhanced interrogation.” “But we know they redefined the whole law on torture; they sought to legalize what had been criminal acts before. The argument continues to be made that waterboarding, as applied by us, was not torture. Yet, for centuries, it’s been regarded as torture. Every country regards it as torture.

“I say ‘torture’ because it’s clear that some of it was torture. If we apply the standard legal criteria for this, we know that, at a minimum, all of it was cruel and inhuman and degrading treatment, and some of it crossed the threshold into torture. So part of it is calling things by their proper names, which is so important …”

Under the direction of Gen. Michael Hayden, who led the National Security Agency from 1999 to 2005 and the CIA from 2006 to 2008, officials pushed ahead with tough interrogations even after the military had abandoned the practice.

“He wanted people to have ‘chalk on their cleats,’” Mora said. “He wanted them to go to the very boundary of what was lawful in applying interrogation. The danger with that is if you go out of bounds, you by definition cross into the realm of criminal activity.”

Not coming to grips

Mora will spend his fellowship year, with support from the Carr Center for Human Rights Policy at Harvard Kennedy School, studying and measuring the costs and consequences of such U.S.-sanctioned tactics.

Some costs are already known: The Joint Chiefs of Staff concluded that images of detainee cruelty in Abu Ghraib and Guantanamo Bay gave jihadists and other anti-American groups their most effective recruiting tool and constitute the top two identifiable causes of U.S. combat deaths, said Mora.

“It gives them the moral high ground. And combat, like a lot of political activity, is fought using the language of justice and of rights,” he said. “When we engage in waterboarding, when we engage in brutality, when we dismantle the human right of freedom from cruelty, then we lose the advantage, we lose the clarity of contrast between ourselves and al-Qaida. And we certainly damaged relationships with our traditional allies.

“The fact that almost half the American public believes that torture is permissible if it could make us safer, that’s an indication of the country not coming to grips with this kind of issue,” he added.

Despite his now-public break with the Bush administration, Mora says he hasn’t paid a price for his outspokenness or efforts.

“If anything, I think my reputation has been enhanced, and I’ve benefited from doing what I did and from my involvement in this activity,” he said. “I was never a sole actor in this matter. I always took comfort in every single moment from the fact that every military lawyer, every [judge advocate general] I spoke with … always believed about these things exactly as I did … [that] this was contrary to Geneva, contrary to American ethics and values, counterproductive in the battlefield, an abomination.”

After Rumsfeld halted abusive interrogation in Guantanamo following intervention by Mora and others, there was a feeling of triumph, albeit fleeting.

“What I didn’t realize at the time, didn’t realize it until after Abu Ghraib, was the fact that the same authority and even worse had been given to the CIA and a lot of the interrogation activity shifted to CIA,” away from the military, said Mora. “What we had done at the Pentagon clearly did not affect CIA authorities, clearly did not affect White House thinking on the issue, Department of Justice thinking on these matters. So it was a partial victory.”

While the problem of prisoner abuse is “much better” now than it was in 2002, he says, there is a connection between the government’s relaxed stance on torture and the unchecked surveillance of civilians by the National Security Agency, one rooted in the emotions stirred by 9/11.

“We weighed the defensive effort too much toward protecting the homeland,” he said, “not understanding that we have to … protect lives at the same time that we protect values.”

Mora believes that while those who used or authorized the use of torture could face prosecution outside the United States for war crimes, the political fallout from such an undertaking here renders that scenario virtually “unthinkable” because of the stature of those involved.

At the very least, he says, publicly airing the report’s findings will provide some small measure of accountability, if not of the actors themselves, then for the nation moving forward.

“We can’t create a precedent such that in the future, we weaken the prohibitions against torture … and then we eliminate the degree of accountability for having committed these crimes. That’s not a good result for the country” or for our desire to lead the world on this issue, Mora said.