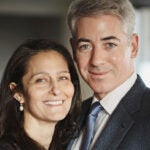 Alpoge ’14 to pursue graduate study at the University of Cambridge

The debate ended when Alpoge took Math 55 during his freshman year. That one class convinced him that the mathematics faculty’s teaching was inspired.

“One thing that’s really cool about Harvard is that professors take a significant interest in helping undergraduates learn mathematics,” he said. “They’re into teaching, and teaching is their passion.”

Now his decision is paying an exciting dividend, and taking him from one Cambridge to another.

Alpoge was recently named a Churchill Scholar and will spend next year at the University of Cambridge. There, he will complete Part III of the university’s Mathematical Tripos and conduct research in analytic number theory, which will earn him a master of advanced study in mathematics.

Alpoge decided to apply for the scholarship after his friend and fellow Quincy House resident Tony Feng ’13 won it last year.

“This opportunity really couldn’t have come at a more ideal time,” Alpoge said. “The U.K. is currently producing some excellent mathematical research. There are a lot of breakthroughs coming out of Cambridge and Oxford right now, especially in the field of analytic number theory.

There are other benefits, too.

“I’ve never been to the U.K. for an extended period of time,” he said. “I’m looking forward to traveling around Europe, especially visiting my relatives in Turkey.”

At Harvard, Alpoge is active as a course assistant for Math 55 and teaches 8- to 10-year-olds in the Harvard Math Circle program. He is co-editor in chief of the Harvard College Mathematics Review and has been a member of the Harvard Computing Contest Club team throughout his College career. His interests are not limited to mathematics, however: He enjoys soccer and is also an avid runner, completing his first marathon last November.

In addition to the Churchill Scholarship, Alpoge won the Detur Book Prize, an award given to Harvard sophomores who achieved high academic standing as freshmen, was named a Goldwater Scholar, a John Harvard Scholar, and a member of Phi Beta Kappa.

First awarded in 1963, the Churchill Scholarships were created to encourage American students to spend a year studying in the U.K. Each year, the program provides 14 American scholars with funding for a year of postgraduate study in engineering, mathematics, or the sciences at Churchill College, University of Cambridge. In addition to covering academic costs, the scholarship funds each student’s travel, housing, and visa expenses.