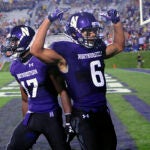 As the 118th running of the Boston Marathon approaches this month, a new report published today by Harvard Kennedy School’s (HKS) Program on Crisis Leadership looks back at last year’s bombings and manhunt, identifying key factors that contributed to many of the strengths of the emergency and law-enforcement response, as well as to some notable weaknesses.

Based on confidential interviews with 25 senior-level officials and extensive research by Harvard crisis-management and criminal-justice experts, “Why Was Boston Strong? Lessons from the Boston Marathon Bombing” broadly examines the circumstances, the command and coordination structures, and the actions taken by municipal, state, and federal police and law-enforcement agencies, as well as by area hospitals and other medical personnel who supported what the report calls the largely effective coordination of many disparate organizations at a time of heightened drama and uncertainty.

“Boston was strong in the face of a horrific terrorist bombing of an iconic city for a host of interrelated reasons,” the report finds. “A few must simply be attributed … to infusions of good luck that favored the response and reduced the consequences of the attack. Others were the result of careful planning and fully intentional action, but are nonetheless unique to the Boston setting, and would be hard to replicate elsewhere.” But most “were intentional and are replicable elsewhere. … We seek to understand both what worked best, why it worked, and what worked less effectively — all with the aim of assessing what can be done going forward in Boston and elsewhere to prepare even better for future events.”

“A scary feature of this”

“It’s uncomfortable to think about this, but you don’t have to think very hard as a terrorist to design something that is a lot worse than this event. And that’s a scary feature of this to us, and that was one of the other things that attracted our attention to it in the beginning,” said Herman B. “Dutch” Leonard, the George F. Baker Jr. Professor of Public Management at HKS and Eliot I. Snider and Family Professor of Business Administration at Harvard Business School. Leonard co-directs the Program on Crisis Leadership at HKS and is an author of the report. “On the one hand, appropriately we celebrate the incredibly good work that people did and the heroism that people showed, and the determination of the people who were injured to go on. … But we need to remember, this was a relatively small and unsuccessful attack by a couple of untrained amateurs.”

Among the positives, the report points to the proximity of hospitals and the rapid and expert care offered by medical personnel and volunteers at the bombing site, to the widespread compliance by area residents to a public “shelter in place” request by the governor and emergency-management officials as police searched for a bombing suspect, and to the relationships and familiarity of top political and law-enforcement officials.

But last year’s crisis also underscores the need for organizations and agencies likely to be called upon in a future emergency, including nonprofits such as the Boston Athletic Association, to prepare both internally and with organizations they can expect to work alongside. The public’s defiance in the face of terror that week, embodying the idea behind “Boston Strong,” is a useful kind of “psychological resilience” that ought to be cultivated in other communities, the report finds.

The report — co-authored by Christine M. Cole, executive director of the Program in Criminal Justice Policy and Management at HKS; Arnold M. Howitt, executive director of the Ash Center for Democratic Governance and Innovation at HKS and co-director of the Program On Crisis Leadership with Leonard; and Philip B. Heymann, James Barr Ames Professor of Law at Harvard Law School — centers on the natural friction between the demands placed on senior-level law-enforcement commanders to focus on strategy and the strong pull from and need for oversight and coordination of rank-and-file officers as they carry out essential tactical duties.

While the report credits the leaders for being generally unified and clear about their roles during the immediate aftermath of the April 15, 2013, bombing, that comes in sharp contrast to breakdowns that occurred at times among rank-and-file officers in the field. The report says that rivalries and distrust among some officers from different departments, coupled with a failure to recognize and accept the authority of an unfamiliar supervisor on the scene and inadequate training on maintaining “fire control,” all helped create dangerous situations in two critical incidents.

The chaotic firefight on the streets of Watertown during the early morning of April 19 between police and the alleged bombers resulted in MBTA officer Richard Donohue being hit by a bullet that some suspect came from another officer’s gun.

Then there was the subsequent scrum to capture suspect Dzhokhar Tsarnaev, hiding under a boat cover amid hundreds of rounds of indiscriminate gunfire. The failure to establish effective command during these episodes was “one of the most persistent and troubling weaknesses” of the response, the report finds.

“From the very beginning, as soon as the bombs went off, the instinct of a bunch of the senior commanders was, ‘I have to find X.’ But at the tactical level, people arrived and felt authorized to exercise individual initiative, their own commanders weren’t there,” so “they just mostly plunged in and did things individually. You can understand why that is, but that’s a real issue,” said Leonard.

“At what point is one more person with a gun not very useful?” said Cole of the dangerous shootout at Dexter and Laurel Streets. “And that’s what was happening … a tribe of people were showing up unconnected to each other and then were acting on their own authority without anybody saying, ‘Whoa, what are we doing here?’”

It wasn’t until three senior officers from the Boston Police Department and the State Police arrived at the shootout that matters came under control, they said.

“There’s no reason it should have taken the very highest-ranking people in those organizations to establish command over the disparate people who were there,” said Howitt. “You could easily imagine this [chaos] having very negative connotations for the way the world saw this event if Dzhokhar had been killed.”

Self-assigned officers and local dispatchers who were merely informed of these self-deployments all “probably felt a (perhaps unstated) desire for their agency to be involved in what promised to be some of the most important law-enforcement events in the region in recent years,” the report found.

A policing debate far from settled

Former Boston Police Commissioner Edward Davis, who first suggested that HKS study the Boston Marathon response and offer some policy and practice recommendations, said that whether self-deploying officers pose a problem that needs rectifying is a policing debate that’s far from settled.

“There’s one group of police leaders who want to maintain complete control over everything that happens, and that’s sort of an autocratic way of looking at it. There are other police leaders, and I would include myself in this group, [who say] that in the middle of a firefight like that, you’re looking for all the help you can get, and you’re looking for it quickly. Anybody that can pour fire onto a target when your officers are under attack like that, with bombs and guns, is welcome,” said Davis, now a spring fellow at the Institute of Politics at HKS.

“I personally don’t see a problem with self-deployment in this situation, except that we don’t train tactics around military encounters. We don’t train police officers like that in the United States. We train them for the type of encounters that police most often get involved in with firearms, and that is a one-on-one encounter within 6 to 8 feet, where people pull guns out and fire at each other,” he said.

“So what we’re learning by reconstructing these incidents: We’re putting together better training and better tactics for officers in the future. Hopefully, this type of battlefield scene will never happen again.”