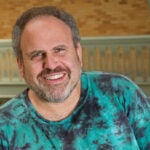 A specialist in hows and whys

At the center of Widener Library, a miniature museum

Ralph Waldo Emerson once wrote: “Cambridge at any time is full of ghosts.” Surely the spirit of Harry Elkins Widener lives on in the library erected in his honor.

The son of a wealthy Philadelphia businessman, Widener graduated from Harvard in 1907. In April 1912, he and his parents were set to sail back from England, where Harry had traveled to purchase more books for this expanding collection. The family arranged passage aboard the RMS Titanic, the indestructible passenger liner that sank after striking an iceberg off the coast of Newfoundland on April 15. Harry and his father died. His mother built the library in her son’s name.

“She built this whole library for the entire University and put at the heart of it Harry’s collections and a hall to memorialize him,” said Rachel Howarth, co-acting librarian of Harvard’s Houghton Library, who curates the collection.

The Harry Elkins Widener Memorial Collection — books, manuscripts, and drawings — is carefully preserved at the center of the 320,000-square-foot Beaux-Art Widener Library, which opened in 1915. Its space is a miniature museum — dark-paneled with ornately carved English oak, Alabama marble, and soaring ceilings — and holds roughly 3,300 volumes.

Widener fell in step early with his family’s passion for collecting. While his grandfather gravitated toward fine art, his mother silver, and his uncle “everything,” the young Widener developed a passion for books while at Harvard. His earliest purchases, carefully preserved in the room’s 16 glass cases, reflect his love of Charles Dickens and Robert Louis Stevenson, and his interest, likely sparked by his participation in Harvard’s Hasty Pudding Theatricals, in lavishly illustrated costume books.

Widener never saw perhaps the most famous work in the collection: the Gutenberg Bible, also known as the Mazarin Bible. The volume first belonged to his grandfather, P.A.B. Widener, who bought it in 1912. In a letter mailed shortly before his ill-fated voyage, the young Widener wrote excitedly to a friend about his grandfather’s purchase. “Grandfather has bought the Hoe copy on paper of the Mazarin Bible. Is it not great? I wish it was for me but it is not.” On May 8, 1944, the Bible was given to Harvard by Harry’s brother and sister.

“It’s funny, because you think these are just ‘pretty books’ but there are some that are important, unique, definitive, the only one,” said Howarth.

One of those definitive books is a Third Folio of Shakespeare, dated 1664. Bound in rich red and gold, the folio, with several plays not included in the first two, is considered the rarest of the three, as most copies were destroyed in the Great Fire of London in 1666.