A God of heft 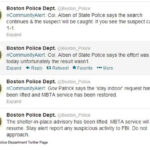 Lecturer says Americans too often pray to gain the unimportant

The man dubbed President Obama’s pastor, Joshua DuBois, said Monday night he is dismayed that Americans turn to God to resolve “infinitesimally small” questions not worthy of the Almighty.

“If there is one gnawing sadness I have about the contemporary state of religion in America,” DuBois said, “it is that instead of seeking God’s name for the big things, the nearly impossible things, the things that stretch faith nearly to the breaking point, that require a strong God, far too often we make God do the infinitesimally small.”

God used to get called on for higher causes, but not now, DuBois said, because people are afraid he won’t show up. DuBois said people have to take a leap of faith and risk failure on their own. He delivered the annual Noble Lecture, titled “Approaching the Ledge: Why America Needs a Crisis of Faith — and Why, in Order to Save Religion, We Must Be Willing to Let It Die.”

DuBois was special assistant to Obama and executive director of the White House Office of Faith-Based and Neighborhood Partnerships until early last year. He also is author of “The President’s Devotional,” a new collection of 365 inspiring daily prayers and poems that he had sent to the president. He is now a weekly religion columnist for “The Daily Beast.”

DuBois said people should invoke God’s name when confronting seemingly intractable concerns, such as race relations, same-sex marriage, and raising from 32 percent the number of people with no religious affiliation.

“Today, our courageous moral leaders seek God’s intervention for chicken sandwiches and contraceptive pills and whether the movie ‘Noah’ is an accurate depiction of the Arc,” said DuBois, citing conservative Christians. Liberals, too, “play it safe,” he said. At political gatherings, “The Bible has been replaced by ‘The Chomsky Reader.’” Progressive churches, which led the Civil Rights Movement, “have lost their ability to introduce a broken world to the healing grace of God.”

Progressive churches “don’t think beyond a single tweet, rally, or meeting,” and since the shooting death of African-American teenager Trayvon Martin in Florida in 2012, black churches “have not coordinated a response to ‘stand your ground’” laws on firearms, he said.

“We’ve made God small, crying out to God for our personal comforts and pleasures,” he said. “A great majority of our religious discourse is built around pedestrian requests. ‘Oh, God, Give me a promotion, multiply my bank account.’”

DuBois told three stories meant to demonstrate how people in crisis can be rewarded when they “approach the ledge” and ask for God’s help.

In the Book of Kings, Ahab and Elijah duel to see whether Baal or God is more powerful. Ahab’s prophets unsuccessfully call on their gods to accept Ahab’s sacrifice, but Elijah’s call to God to have his sacrifice accepted is answered with fire from the sky.

In Montgomery, Ala., in 1957, the Rev. Martin Luther King Jr. overcame threats to his family and continued his role leading the Civil Rights struggle. “He said, ‘God be real now, or don’t be real at all.’”

Then, there was DuBois’ mother’s story. DuBois was raised in Cambridge by a single parent who never let poverty deprive her son of a happy childhood. Their VW Beetle had a hole in the floor she called a “reverse sun-roof.” For his birthday, they sprayed each other at the self-serve car wash.

“I remember thinking, ‘I wish other moms were that cool,’ ” DuBois said.

But unknown to DuBois, his mother lived in despair, dogged by bills and landlords. One night, in the bed they shared in their small apartment, she considered suicide, he said. She asked God for “one last chance.”

“She walked right up to that ledge and demanded that the power of God call on her that very moment,” DuBois said. “My mother said she felt a physical presence on her shoulder so firm it startled her, so she knew we would be OK. Instead of her ending it all, it was a beginning, and she was determined to fight on.”

Not everyone who asks for God’s help will get it, and that’s OK, he said. Jesus asked for God’s help on the cross, and still died, but he was resurrected.

“Even if we fall for a little while, after a great and righteous leap, we will soar into the eternal,” DuBois said. “Even if we walk right up to the ledge and hit the ground, your very imprint will be a masterpiece, and you will be restored like Christ.”

The Noble series was established by Nannie Yulee Noble in 1898, to discuss important themes in Christian thought. It is dedicated to the memory of her husband, William Belden Noble, a student at Harvard Divinity School who died while preparing for a ministry career. Past lecturers have included Theodore Roosevelt and Harvey Cox.