Women in the Arab world 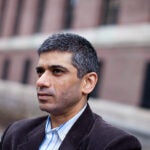 Q&A with analyst who has studied conditions and concerns there

A professor in the department of epidemiology and population health at the American University of Beirut, Huda Zurayk has spent years trying to promote health in the Arab world. She will deliver the Rama S. Mehta Lecture at the Radcliffe Institute for Advanced Study on Thursday at 4 p.m. The annual lecture, established by the late Harvard economist John Kenneth Galbraith and his wife, Catherine, brings to campus a distinguished woman in public affairs or the sciences who possesses a deep understanding of the problems faced by women in developing countries. Zurayk will discuss her research and how Arab women are managing to cope with their lives, their health, and the survival of their families in the midst of uncertainty and conflict. She spoke with the Gazette prior to her talk.

GAZETTE: Do you think the Arab world has been overlooked in terms of public health? If so, why?

Our Faculty of Health Sciences at the American University of Beirut (AUB) [was] the first school of public health set up in the Arab world in 1954. It was followed closely in 1956 by the establishment of the High Institute of Public Health at the University of Alexandria in Egypt. In 1978, the Institute of Community and Public Health was set up at Birzeit University in the occupied Palestinian territory. In the past couple of years several other schools were established, and we are all preparing public health professionals to take up leadership positions in public health in countries of the region. The Faculty of Health Sciences at AUB is a leading and very active school of public health.

ZURAYK: The non-communicable conditions are a significant part of the disease burden in the Arab world currently. Mental health conditions are also prevalent, particularly among women. They result from the difficult social and economic conditions that face Arab women and men, and also from the situations of conflict and war that are spreading in the region. Lifestyle and behavioral factors influencing ill health should also be given more attention … Environmental factors, particularly lack of water resources, and pollution in the big cities, are worrying factors for public health.

GAZETTE: Can you speak to the status of women’s reproductive health? How do things like poverty and cultural customs affect women’s health?

ZURAYK: The key reproductive health indicator used by the Millennium Development Goals is the maternal mortality ratio. This is decreasing in most Arab countries. It still has a high value for low-income countries in the region, like Sudan, where it is still at 730 maternal deaths per 100,000 live births. Other issues of reproductive health relate to the low age of marriage for females. This is worsening because of the deterioration of economic and social conditions. Also, the stress of the economic and social context as well as the war conditions lead to intensified stress and the increase of domestic violence.