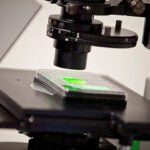 New federal standards launched in 2012 that require schools to offer healthier meals have led to increased fruit and vegetable consumption, according to a new study from Harvard School of Public Health (HSPH) researchers. The study, the first to examine school food consumption both before and after the standards went into effect, contradicts criticisms that the new standards have increased food waste.

“There is a push from some organizations and lawmakers to weaken the new standards. We hope the findings, which show that students are consuming more fruits and vegetables, will discourage those efforts,” said lead author Juliana Cohen, research fellow in the Department of Nutrition at HSPH.

Some 32 million students eat school meals every day; for many low-income students, up to half their daily energy intake comes from school meals. Under the previous dietary guidelines, school breakfasts and lunches were high in sodium and saturated fats and low in whole grains and fiber. The new standards from the United States Department of Agriculture (USDA) aimed to improve the nutritional quality of school meals by making whole grains, fruits, and vegetables more available; requiring the selection of a fruit or vegetable, and making those portion sizes bigger; removing trans fats; and placing limits on total calories and sodium levels.

The researchers collected plate-waste data among 1,030 students in four schools in an urban, low-income school district both before (fall 2011) and after (fall 2012) the new standards went into effect. Following implementation of the standards, fruit selection increased by 23 percent, while entrée and vegetable selection remained unchanged. Consumption of the vegetables selected, however, increased by 16.2 percent.

Importantly, the new standards did not result in increased food waste, contradicting anecdotal reports from food service directors, teachers, parents, and students that the regulations were causing an increase in waste due to both larger portion sizes and the requirement that students select a fruit or vegetable. However, high levels of fruit and vegetable waste continued to be a problem — students discarded roughly 60-75 percent of the vegetables and 40 percent of the fruit on their trays. The authors say that schools must focus on improving food quality and palatability to reduce waste.

“The new school meal standards are the strongest implemented by the USDA to date, and the improved dietary intakes will likely have important health implications for children,” wrote the researchers.

Other HSPH authors included Eric Rimm, senior author and associate professor in the departments of Epidemiology and Nutrition, and Paul Catalano, senior lecturer on biostatistics.

Support was provided by Arbella Insurance and Project Bread. Cohen is supported by the Nutritional Epidemiology of Cancer Education and Career Development Program.