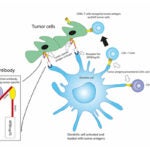 Biologists zero in on role of plasticity in evolution

For more than a century, scientists have suggested that the best way to settle the debate about how phenotypic plasticity — the way an organism changes in response to environment — may be connected to evolution would be to identify a single mechanism that controls both. Harvard researchers say they have discovered just such a mechanism in insulin signaling in fruit flies.

Cassandra Extavour, an associate professor of organismic and evolutionary biology, and grad student Delbert André Green II were able to show that a single molecular pathway plays a role in both heritable changes in the flies’ number of ovarioles — egg-producing compartments in the ovaries — and in how they react to their environments by shutting down some ovarioles. The study is described in a paper published this month in the Proceedings of the Royal Society B.

“This is the first example, to my knowledge, that shows this link — between heritability and plasticity — being controlled by the same mechanism,” Extavour said. “What we’ve done with this paper is show that an important trait that controls how many offspring a fruit fly will have exhibits both heritable variation and phenotypic plasticity, and that both are controlled by insulin signaling.”

While the study offers the first evidence of a link, it also addresses larger questions that have long lingered in evolutionary biology.

“More broadly, the question this work is looking at is: What is the contribution of phenotypic plasticity to evolution?” Extavour said. “There is a great deal of variation that is caused by phenotypic plasticity — like butterfly eyespots or the size of frog tadpoles or whether an organism will reproduce asexually or sexually. All those things seem like they could have a large impact on fitness, but if none of those changes are heritable, they may not be relevant to evolution. These are questions that have occupied the scientific community for decades.”

Scientists have long understood that different insects, including different species of fruit flies, have different numbers of ovarioles. More recently, a number of studies have shown that that those differences, at least in fruit flies, were tied to variation in insulin signaling.

For Extavour and Green, the first hint that a heritable trait — differences in ovariole number — might be linked with phenotypic plasticity came when they put flies on a starvation diet.

Extavour explained that ovariole number is among the traits that flies can alter through phenotypic plasticity. When food is abundant, the flies ramp up their reproduction to take advantage of the situation. When they are starved, however, the flies make fewer ovarioles in an effort to conserve resources. The surprise for researchers, Extavour said, was that some flies seemed to notice the change in their food supply virtually overnight, while others responded far more slowly.

The mechanism behind those phenotypic changes is insulin signaling.

“We found a difference in the operation of this molecular pathway between species,” Extavour said. “The reason that’s exciting is because it explains two things about their reproduction — the first is why they have different ovariole numbers overall, and the second is why they respond differently to being starved. Or in other words, why they have different levels of phenotypic plasticity in ovariole number.”

Importantly, Extavour said, the trait researchers used to explore the connection between plasticity and heritability has a clear link to evolutionary fitness.

“This is a trait … where the potential impact on fitness is pretty clear,” she said. “Flies that have few ovarioles aren’t going to lay as many eggs, and they’ll have fewer offspring than flies with more ovarioles.”

In addition to uncovering the first molecular links between heritability and plasticity, Extavour and Green were able to demonstrate that the differences in insulin signaling — with some species showing high levels and others showing lower levels — could be tied to local ecological conditions.

To get at that question, they compared fruit fly species found only in the Seychelles, in the Indian Ocean, with species found around the world.

What they found, Extavour said, was striking: Flies from the Seychelles, which typically lived in restricted habitats and specialized in a single diet, had significantly lower levels of insulin signaling, and significantly fewer ovarioles, than flies that ate a more general diet.

“We’re hypothesizing that the type of niche the flies occupy might have an influence on whether they have high or low levels of insulin signaling, and that in turn is going to have an effect on whether they have high or low numbers of ovarioles,” Extavour said. “One way to summarize that is to say that flies with very limited and restricted diets don’t need to have a particularly finely tuned response to changes in nutrition, because they largely don’t experience any changes in their diet. For the flies that live catch-as-catch-can, however, if food supplies are good at the moment, they need to be able to sense that quickly and ramp up reproduction quickly, or if food is bad, they need a mechanism to know that so they can turn it down and not waste their resources.”

The research is an important step, Extavour added, but “doesn’t end the debate about heritability and phenotypic plasticity. What it does it give us a concrete example of something that had been theorized — it’s saying, ‘Yes, this is possible.’ ”