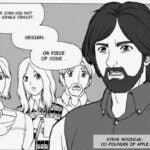 A fresh bite of the Apple

On Tuesday, as Ben Wizner ’93 was discussing his work as counsel to Edward Snowden, the former NSA contractor’s 2013 revelations about the scope of U.S. domestic and foreign surveillance programs continued to resonate.

The day before, The New York Times had reported President Obama’s plan to overhaul the way the National Security Agency collects phone records through legislation that would stop the agency’s bulk collection of such data.

The shift, confirmed by the Obama administration on the morning of Wizner’s visit to Harvard Law School, was a direct result of the massive leak of classified documents by Snowden, who was charged under the Espionage Act and has spent the last several months in Russia, where he sought asylum.

“These documents have been our tickets to have our traditional oversight mechanisms actually function the way that they were intended to function,” Wizner said.

Wizner, director of the American Civil Liberties Union’s Speech, Privacy, and Technology Project, has for years worked on behalf of clients to challenge the government’s secretive “enhanced interrogation techniques” and its detention and rendition programs. In years past, he said, Washington routinely blocked such efforts in the courts, calling the programs “too secret to be litigated,” claiming defendants were immune from prosecution, or arguing the plaintiffs had no legal standing to even appear in court. Snowden’s revelations, Wizner said, changed everything.

“Precisely because the very same programs that were approved in secret are now being challenged, withdrawn, questioned, once the public has been brought in, explains why it is that Snowden needed to do what he did.”

The pair who broke Snowden’s story in The Guardian on June 5 — filmmaker Laura Poitras and journalist Glenn Greenwald — are longtime friends of Wizner. He had known they were in touch with a confidential source who described himself as a senior intelligence official, but a month passed before he met Snowden. It happened in Moscow, with the asylum request pending. Wizner remembers being struck by one of Snowden’s first questions.

“He said, ‘Do you have standing now?’ And I was very moved by that question, because it showed that what he was interested in doing was not undermining our systems, but revitalizing them.”

Snowden did not foresee the impact of the disclosures, Wizner said — never imagined that only months afterward there would be bipartisan legislation in Congress to “impose the first meaningful restrains on intelligence surveillance since the 1970s,” or that the president would call for an executive review committee.

Last month, Professor Cass Sunstein discussed his work with the five-person advisory panel created by Obama to carry out a sweeping review of surveillance activities. The panel shared a “unanimous belief that reforms are highly desirable,” he said.

Asked to detail his work with “Team Snowden,” Wizner said that he acts largely as a gatekeeper, handling the dozen or so daily media requests and consulting with colleagues, including a human-rights lawyer in Russia, about how and when Snowden should speak publicly. (Snowden issued a statement Tuesday calling Obama’s proposal a “turning point.”) The team also has discussed whether their client should investigate the possibility of asylum outside of Russia.

Connecting with Snowden can prove challenging, said Wizner, who does his best to keep their conversations secret. “He is awfully good at security … he certainly knows the NSA’s bag of tricks, but because he knows it, he knows he can’t be sure that our communications are secure.”

Still, Wizner said he has received no pressure from any government agency in the United States, and that he feels “free to do the work.”

“It is still, in remarkable respects, a free country to do the kind of work that we do. The debate that we have had these past nine months we should have had before, but it is a real democratic debate.”

The chances of congressional action on the president’s proposal, and significant reform, are likely, he said. “And anybody who thinks they would have happened had Snowden not done something dramatic … I don’t really know how to respond to that.”