Fiscal fallout at the Vatican 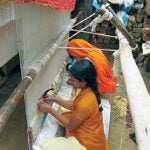 In keeping with Pope Francis’ growing reputation as an egalitarian-minded maverick, the Vatican announced Monday that he will begin revamping the Holy See’s financial operations by creating a new ministry, called the Secretariat of the Economy, that will have broad authority and report directly to him.

The agency is expected to bring order and transparency to the notoriously secretive Vatican Bank, which critics charge operates like an offshore tax haven for organized crime and money launderers and is now mired in a string of corruption scandals. Last month, a senior cleric serving as a top Vatican accountant was charged criminally for trying to smuggle €20 million from Switzerland into Italy through the private, unregulated bank, which is formally known as the Institute for the Works of Religion (IOR).

Headed by Australian Cardinal George Pell, a longtime reform advocate, the new ministry will be advised by a 15-person council that includes eight prelates and, for the first time in church history, seven lay financial experts. An auditor appointed by the pope will have the power to review all financial records.

Vatican watchers say the pope’s move is the most dramatic structural overhaul of the church bureaucracy in 25 years, with some calling it unprecedented for its swift and substantive nature in addressing an issue that has dogged the church for decades.

Gregg Fields, M.P.A. ’95, is a veteran business journalist and currently a research fellow at the Edmond J. Safra Center for Ethics at Harvard University. Fields, who is studying the threat that institutional corruption poses to the U.S. economy and how the cozy affinity between Washington, D.C., and Wall Street has undermined the effectiveness of financial industry regulations, spoke with the Gazette about the significance of the Vatican’s reforms and the challenges that Pope Francis faces in trying to restructure and bring transparency to an entrenched financial institution.

GAZETTE: How significant are the actions the pope took this week, and more broadly, what he’s done since last August, such as hiring a Washington, D.C.-based company to conduct a forensic review of the bank’s finances?

FIELDS: Two things I found very interesting this week. One, I do think that the creation of this authority is very significant because it’s going to totally rework the way the Vatican handles its assets, the way the Vatican looks at things like due diligence and review. I think it was the pope who said it’s going to be less Vatican-centric in terms of the way it operates. So I think that’s very significant. The other thing I found interesting about the statement, frankly, was what wasn’t in it. Unless I have missed something, what was not in it is any mention of the IOR, the Vatican Bank. And we know last week, the pope was briefed about the bank. We don’t know what he was told, but we do know that last year he said, “Maybe the bank doesn’t have a future.” I suspect, just as a journalist looking at what’s not there, this is a way of changing the IOR’s role in a way that diminishes it, and could be a prelude to getting rid of it.

GAZETTE: What is the import of naming Cardinal Pell head of this ministry and assigning seven lay members to the board rather than keeping it as a strictly cardinal-run entity?

FIELDS: Archbishop Pell is known as a pretty tough cookie, and he has been a very loud supporter of more financial transparency on the Vatican’s part. I think it’s very significant that even the most powerful people in the church hierarchy, since it’s Cardinal Pell, feel that they don’t have any information. It sends a very strong signal to me that the Vatican and this pope want new directions, they want new ideas, and they want to change the way things have been done in the past.

GAZETTE: What about the decision to have the Vatican treasury take over the church’s central bank functions from the IOR?

FIELDS: It looks like in one fell swoop it removes the IOR from a decision-making responsibility. I saw it as an elevation … because the quote from the press release is “all the obligations and responsibilities of similar institutions around the world.” That says to me, “We do want to join the parade on transparency and banking, on generally accepted accounting,” that sort of thing. I think the statement telegraphs from the Vatican, “We’re changing out mindset,” or “If you were wondering about our mindset, here is our mindset: We want to have the same accountability and standards of other central banks around the world.”

GAZETTE: How out of step has the Vatican Bank been with currently accepted banking practices, and does this new structure sufficiently address those shortcomings?

FIELDS: It’s no secret that the Vatican Bank has had, it seems like, an unending number of financial scandals, allegations of money laundering, that sort of thing, through the years. One of the Vatican’s top accountants, a man named [Nunzio] Scarano, is on trial at the moment for essentially money laundering. One of the things I get from these actions is the concept of what some economists call “path dependence”: “We do things this way because we’ve always done them this way.” What the pope seems to be saying is, “We’ve got to quit saying that. We have to find new paths.” I do find it very significant from that regard, and I have a feeling when a pope talks publicly, expressing frustrations with something like the IOR … he’s thinking, “Does it really serve our institutional purposes to support and perpetuate this scandal-plagued institution?”

There have been many international bodies that have taken them to task. There’s an organization in Europe called Moneyval, and they have said IOR needs further reforms. The Italian bank stopped dealing with the Vatican Bank in 2010, and that was after the Bank of Italy decided to crack down on money laundering. They’ve been known for being very out of step, very, very secretive, and not terribly cooperative in the past. Anti-money laundering efforts are a very international effort among the larger economies of the world, and the Vatican Bank was not known for wanting to be on the team, so to speak.

There have definitely been some questionable characters who have come through the bank. In the 1960s, I believe his name was Michele Sindona, he was some kind of swindler, and the IOR had hired him to be an adviser. His major American holding, Franklin National [Bank], collapsed. I don’t think it ever got to court, but it cost the Vatican tens of millions of dollars. And he died in prison of cyanide poisoning. And last year, they hired Ernst von Freyberg. They’ve hired outside people to come in and reform it. I don’t know that they’ve ever had an audited statement — and I’ve tried to find them. The Vatican produced a website [for the first time] in 2013. If I’m reading the pope and Cardinal Pell correctly, though, what they’re saying is this lack of transparency has begun to hurt us institutionally.

GAZETTE: What are some of the logistical, political, and cultural challenges the pope faces in trying to reform an institution like the Vatican Bank?

FIELDS: Any time you try to reform any institution, I don’t care if it’s Kmart or the Vatican Bank, you have constituencies internally who benefit from the status quo. And you’re going to get a lot of blowback as you try to change the course of your institution’s trajectory. I suspect — this is only me as someone who’s [studied] a lot of business and corporate reorganizations — I think that’s why he’s hired outside auditors, outside due-diligence people. I think that’s why he’s bringing in someone from Australia rather than someone who’s at the Vatican now. It’s very tough for any CEO to change the course with the people who are there now. You have to bring in outsiders — I do think this council is going to be eight members of the church and seven outsiders — I think the pope realizes that. In a lot of ways, I think there’s a great lesson for any manager here with a very entrenched kind of institutional culture. It’s not just the operations the pope is changing; it’s the culture of the organization. I think in that regard, he’s going about it the right way.

GAZETTE: What is the source of corruption that has surrounded the Vatican Bank, and why has it seemingly gone on for so long? Is it a matter of incompetence or nefariousness, or both?

FIELDS: I will tell you, at the Safra Center, most of the researchers tend to find that institutional corruption — which is definitely not always illegal and definitely not always involving criminal activity like bribery — results when different influences create a system of influences, and it causes the institution to deviate from its core mission. I suspect that’s what may have happened at the Vatican and it happens at a lot of institutions. I covered the financial crisis in 2008, and what you saw in a lot of cases were influences and conflicts of interest that eventually resulted in behavior that didn’t serve the public interest. And I think the pope’s statements seem to indicate that he’s very concerned about the public trust in his institution.

One of the things that has often occurred in systems that produce institutional corruption is that they are kind of a closed loop. Recently there have been charges of currency trading in London being fixed, gamed by traders. You’re really talking about a handful of institutions and maybe a few hundred traders around the world. But they are, in a way, insulated from accountability, and I think that can happen in any executive suite in any big organization. In this particular case, there have definitely been charges through the years that the Vatican can be very isolated and insulated. Just looking at his actions and his statements, I think Pope Francis doesn’t want to continue that.

GAZETTE: Given the pope’s clearly demonstrated distaste for the pomp and grandiosity surrounding the Vatican, as well as his criticism of capitalism’s selfish focus, do such sweeping changes in such a short period pose a particular challenge to his papacy?

FIELDS: I think the challenge will be addressing not just the people right around him, but of course the hundreds of millions of Catholics around the world. The end game of the Vatican and the Catholic Church is public service, moral leadership, that sort of thing. To the degree that financial clouds undercut [their] ability to perform those tasks, that’s why [they’re] changing. Communication will be key because he’s changing not just the structure of an older organization, but he’s changing the ways in which it is held accountable. And communicating that to a lot of constituencies is going to be a big challenge for him, no question.