The doings at Davos 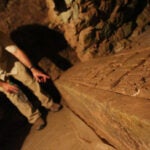 Protectors of the Maya

On the global summit social calendar, the annual World Economic Forum in Davos, Switzerland, is the glittering, invitation-only confab where titans of industry and political figures, such as Microsoft founder Bill Gates and Secretary of State John Kerry, strategize with academic leaders and celebrity A-listers, such as Harvard President Drew Faust and activist musician Bono.

During a “debriefing” on Friday at the Harvard Kennedy School (HKS), some local superstars who attended the event on Jan. 22–25 gave students and other attendees an inside peek at the issues on the international agenda and an idea of what it was like to be there. HKS maintains close ties with Klaus Schwab, M.P.A. ’67, the founder and chairman of the World Economic Forum.

Rakesh Khurana, the Marvin Bower Professor of Leadership Development at Harvard Business School (HBS) and co-master of Cabot House, said he looked at Davos through the lens of his training as an organizational sociologist.

“What was so fascinating to me was that you had these people trudging their bags behind their backs through the snow to this little town that’s actually not easy to get to, and yet feeling the important pull of locality, of place — that somehow there was a compulsion among business elites, political elites, [and] academics to see each other physically face-to-face,” said Khurana.

“In a highly secular world, I think, for global elites, it represents a type of moment for communion, of seeing similar others … when people feel less and less affiliation or connection to their own national or regional identities,” he said. Noting that even as technology has made it easy to share ideas long-distance, Davos still draws the powerful into its orbit, he said, “The reason is that it’s not about content, it’s about these connections.”

Faust took the opportunity of a Harvard reception at Davos to announce Khurana’s appointment as the next dean of Harvard College, prompting a hearty round of cheers, said David Gergen, Public Service Professor of Public Leadership and director of the Center for Public Leadership at HKS. “Here was this really exciting appointment that got us all galvanized.”

Gergen is a Davos veteran, going back to his days as a journalist in the 1980s.

“I’ve always found it extraordinarily demanding, physically demanding as an undertaking, but also something really worth doing because it gets you out of your comfort zone. Intellectually, you’re exposed to all sorts of different views on different things you haven’t thought very much about. And it’s a way to get the global zeitgeist, to understand where the world is in its thinking,” he said. “It lifts your game, and that’s very, very valuable.”

The panel, which also included Felipe Calderón, the former president of Mexico and currently an Angelopoulos Global Public Leaders Fellow at HKS, and Joshua R. Sanes, the Jeff C. Tarr Professor of Molecular and Cellular Biology and the Paul J. Finnegan Family Director of the Center for Brain Science, said they sensed some optimism, albeit cautious, at this year’s meeting following the recent European debt crisis. They said the big issues were the impact that new technology will have on employment, the growth of income inequality, China’s role as a world economic leader, climate change, and the precariousness of the U.S. economic recovery.

But besides big ideas and changing the world, for some attendees, the unspoken allure of Davos is the camaraderie, where access to intimate private gatherings with the rich, powerful, and famous is the ultimate mark of a global pecking order.

“Once you get there, I’ve got to tell you, it’s like surreal,” Khurana said. “I don’t know if F. Scott Fitzgerald was completely right about the rich being different than you and me, but they definitely have better parties.”

Binta Niambi Brown, a senior fellow at the Mossavar-Rahmani Center for Business and Government, attended her first Davos as part of the forum’s Young Global Leaders program. While she agreed with Khurana that social stratification was certainly evident, she thought it was clearer in some venues than in others.

“Once you see Lloyd Blankfein or Jamie Dimon or Dominic Barton on the dance floor, you realize that we are all inherently equal,” Brown quipped, before adding, “which would explain why it was so easy to walk up to any of them and to discuss ideas with them, and perhaps even why they take you seriously in that environment.

“Listening to our secretary of state in a global setting, you start to hear what we as Americans sound like in a very different way when you’re hearing it amongst other global leaders and global participants,” Brown said of one standout moment for her.

“This is one of the reasons why it’s so important to participate in these global institutions … because you start to grow and change in ways that you don’t if you just spend all of your time here caring about the rest of the world. You have to get out, and you have to engage with other folks.”