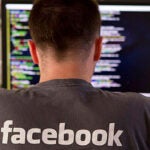 As international attention turns to the Black Sea port of Sochi for the 2014 Winter Olympics, the anticipation surrounding the Games is sharing headlines with the region’s recent history of unrest and its potential to bring violence to spectators and athletes there.

In December, suicide bombers killed 34 people in two explosions in the southern Russian city of Volgograd, two months after a bus bombing killed seven others. The attacks came on the heels of an announcement by a militant leader from the restive Russian republic of Chechnya that the Games were a valid target for his fighters.

Russian security forces have mounted a massive effort to keep the Games safe, pouring both manpower and advanced technology into the area.

With the Games opening Friday, the Gazette spoke with Russia expert Timothy Colton, the Morris and Anna Feldberg Professor of Government and Russian Studies and chair of Harvard’s Department of Government, about the region’s troubles and the potential for Olympic violence.

GAZETTE: Can you provide some background on the Sochi region and the security situation there?

COLTON: This part of Russia — the whole region, the North Caucasus and Black Sea coast — is chronically unstable, largely because of post-imperial adjustments that have proved to be incredibly difficult.

Sochi itself is, in Russian terms, an area with no particular ethnic coloration, so it’s governed like any other part of the country. But within a few hundred miles, you have dedicated homelands for minority groups, some of which have grievances and others that have been caught up for the last 10 or 15 years in a mood of rebelliousness against the center, which has increasingly taken on a religious coloration. So Islam also enters into this.

One factor about Sochi, though, is that even though it’s governed today like any other Russian city, there is some history there, and it has to do with the Circassians.

[Circassians are] a set of four or five groups that are related to one another by language and history. Some live in the Russian North Caucasus. Others live in diaspora in Turkey, in Jordan, elsewhere in the Middle East. Some of the more politically engaged insist that Sochi has particular meaning for them.

It turns out that the deportation of many of the Circassian people, which was partly involuntary and partly voluntary, occurred from the port of Sochi beginning in 1864, or exactly 150 years ago. That lends a certain resonance to the fact that Circassian activists talk about “the bones of our ancestors” being here.

GAZETTE: With news coverage of the attacks in Volgograd and the search for “black widow” suicide bombers, is there one specific group that is a threat for these Games?

COLTON: There are a number of groups. It’s a shadowy world. Some are violent, and some are not, and the Internet plays a role as well. Some of these groups are more virtual than real. You can set up a website and claim that you are this or that without there being much substance to it.

The particular group that has been most involved in violent acts is headed by a warrior named Doku Umarov. Umarov actually began as a Chechen rebel in the 1990s and has reinvented himself repeatedly. He now heads something called the Islamic Emirate of the Caucasus or the North Caucasus. So this is partly virtual, partly real. But they have definitely been involved in terrorist activities, including in Moscow.

There is suspicion Umarov has been killed in recent weeks. Some Russian sources say they’ve managed to destroy him. But it is not entirely clear that this is the case, because such claims have been made before.

A couple of years ago, Umarov swore off bombings — suicide bombs and other attacks of that kind — against Russian civilians. He then changed his mind in 2013 and announced that the Sochi Olympics were going to be a target for his organization. So in terms of anxiety on the part of the Russian security agencies, he is probably the main source. But there are many others. For example, the bombings in Volgograd don’t seem to have anything to do with his organization.

GAZETTE: What do you think of the Russian security preparations? It sounds like there’s a massive presence there.

COLTON: There’s a massive presence. You hear numbers like 75,000 security troops and others there, but of course the Russians aren’t going to reveal the exact number. My guess is that it’s even higher than that. Plus, they’ve installed pretty high-tech equipment in terms of badges, screening devices, filtration, and all that. I think they’re on the case, and they can afford to buy state-of-the-art equipment and to train people. I take their effort quite seriously.

They are all aware that this isn’t just about [Russian President Vladimir] Putin’s personal [reputation], but that the reputation of the country, even the authority of the government among its own citizens, is at stake here. If something terrible happens in Sochi, this is going to be a disaster for all concerned. So I think they’re trying hard.

However, terrorists are elusive adversaries. They always seem to be finding ways around security systems. The security cordon — the really thick one — is the so-called “ring of steel” around the Olympic zone, in Sochi and the surrounding hills. But the terrorists can in theory disrupt the Games by striking somewhere else in Russia. It wouldn’t have the same impact, but it would have a significant impact, and it could even lead to panicky withdrawal of athletes by the United States or other countries if it were anyplace close, even if it were in Moscow.

GAZETTE: Would you be surprised if the Olympics period in Sochi, and the rest of Russia, passes peacefully?

COLTON: I’m not sure I have any basis to say. The United States government is concerned about this, but there are going to be 15,000 Americans in Sochi, so we haven’t kept our people out. I guess everybody is banking on the Russian security measures working.

But also I think it’s only rational to be fearful that something will happen. If you put me on the spot, my answer would be that I would think not, but I could be absolutely wrong.

GAZETTE: I read that some experts on the region felt that when Sochi was announced as a site for the Games, it was sort of asking for trouble. Did you have a similar reaction?

COLTON: I did wonder a little bit. Russia is, of course, a very northerly country. It has many thousands of square miles of frigid territory. It’s the land of winter. So why did they have to do it in Sochi? Partly, I think, it was a regional development thing. The Caucasus area is very underdeveloped. There’s a lot of poverty there. This was a sort of wake-up project that would have a lot of benefits.

Sochi is [also] a very presidential place. That’s where the president has his summer retreat. A lot of foreign statesmen go to see him there. It has that sort of presidential, Kremlin resonance to it. In addition to that — I’ve been there a number of times — it has a very unusual flavor in that the northern coast of the Black Sea is quite moderate in climate. It’s like Virginia, North Carolina, or something like that.

It’s quite balmy in summer. There are palm trees there. But when you go just north into the hills and mountains, there’s a lot of snow in winter. So it was a little bit like Vancouver in a sense. You have a sea-level city, which is of interest, and which they want to develop. And a few miles away, uphill, you get winter conditions.

So, aside from the ethnic and national aspect of this, there is the climate risk. And in the early conversations that I can remember, this was given prominence: Is there a chance that it won’t snow on those hills, and the winter Olympics will fail for that reason?

Well, the Russians were certainly awake to this from the beginning. They have stockpiled snow. They have shipped it in. They have made it with machines, and put it in cold storage. That’s a problem you can kind of spend your way out of, and I think they managed to do that.

Elsewhere in the country, Russia is a relatively flat place. It does not have a lot of mountain relief. There are any number of places you could do hockey and skating, but as far as the mountain sports are concerned, you need relief. The main alternative — speaking of the Russian Federation and not its neighbors — would be the Ural Mountains, the separation between Europe and Asia.

But that’s very far inland. It’s an industrial region. It has no particular tourist potential. I’m sure they considered it. They could have built ski lifts in that direction, but it’s less attractive for a lot of reasons.

GAZETTE: Is there anything else you wanted to add?

COLTON: I know it’s significant, and it’s troublesome, but I think there’s been an overemphasis on the security side of these Games. Our media coverage is zeroing in on the security aspect as if it were the only thing. And that seems slightly out of kilter to me.

These things happen only every four years and are great events. The Russians got into this in the first place because they crave the recognition that hosting the Olympics brings. They only had one Olympic Games before — in the Soviet days, in 1980 in Moscow — so they really wanted to get back on the map in this regard.

They’re also traditionally very strong in winter sports. So for them, this was the chance to shine. And the way they look at it, that should be the primary focus.