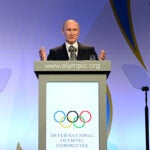 Many carpets from India that are sold in U.S. were woven by children, exploited adults, study says

Next time you’re admiring that handmade carpet in a local store, you might want to think about more than just the color and texture. A recent study says there’s a good chance it was made by children or adults working as virtual slaves.

The report, released this month by a researcher at Harvard’s François-Xavier Bagnoud Center for Health and Human Rights, estimated that roughly half of the workers in India’s carpet industry work under conditions that qualify as forced labor under Indian law, and that roughly 20 percent are child laborers working under soul-crushing conditions from which they may not recover.

“The brutal, corrosive, dangerous, and exploitative conditions suffered by countless child laborers in the handmade carpet sector cannot be overstated,” the report said. “True recovery and re-empowerment of children after enduring extreme levels of physical and psychological trauma is a rarity.”

The report, “Tainted Carpets: Slavery and Child Labor in India’s Hand-Made Carpet Sector,” was authored by Siddharth Kara, a visiting scientist at the FXB Center and adjunct lecturer in public policy at the Harvard Kennedy School.  Kara, who has written two books dealing with sex trafficking and bonded labor, said even he was surprised at the extent of the “slavelike” conditions he and the other researchers encountered.

To conduct the study, Kara said he recruited eight field researchers who memorized structured questionnaires and went into the field, talking to thousands of people about their work and circumstances. They documented 3,215 cases, involving both adults and children, of forced labor as defined by Indian law. Of that total, 1,406 cases involved child labor, a figure that Kara extrapolated out to equal perhaps 400,000 child laborers in the industry across India. Indian law defines forced labor as work for less than the minimum wage, which is set by states and ranges between 37 and 50 cents per hour.

Carpet-making in India remains largely a cottage industry, with production in thousands of locations, from rural huts to makeshift factories. The process is quite labor intensive, the report said. A single carpet, five meters square, can take four people working 12 hours a day two months to make.

The carpet workers toiled 10 to 12 hours a day, six or seven days a week. They ate twice a day and often slept in the shop where they worked on giant looms. Ailments documented for carpet workers of all ages include pulmonary disease from breathing “thread dust,” loss or impairment of vision, malnutrition, and physical troubles from working hunched over all day, including muscle pain and atrophy, spinal deformation, headaches, and cuts and infections from using sharp tools.

Though children make up a sizeable portion of the workforce, the report said, adults toiled in virtual slavery as well. Researchers documented 2,010 cases of bonded labor, with people working below minimum wage to pay off debts, even though such arrangements are banned by Indian law. Among the bonded-labor cases were 46 instances where children were sold into labor to work off cash advances to their parents. The average size of the advance in these cases was the equivalent of $39. Researchers also documented entire villages in “debt bondage” in several rural areas.

Workers expressed despair about their situation to researchers, and were pessimistic that their situations would ever change. Almost all of the workers were members of ethnic minorities or low-caste groups, and few owned land. They said that despite the poor conditions, they had few alternatives.

The report also documents cases of human trafficking in the industry, with researchers uncovering 286 cases, largely involving men, who were heavily guarded and worked 12 to 14 hours a day, seven days a week.

Kara’s work grew out of a trip he took to a Bosnian Muslim refugee camp in the early 1990s, while an undergraduate at Duke University. The horrible stories of human trafficking and sexual slavery that he heard stayed with him after he began a career in finance. After some soul-searching late in the decade, he left the field and conducted self-funded research that led to his books on global sex trafficking and bonded labor in South Asia. The current report, he said, is an attempt to narrow the focus and provide a detailed look at a single industry in order to catalyze action.

After training by Kara, the field researchers fanned out between July 2012 and May 2013, visiting places where carpets were made and interviewing workers. The researchers themselves faced hazardous conditions, enduring verbal and some physical abuse, mainly shoving. Perhaps the biggest impact on the researchers, though, was the emotional turmoil they felt after viewing the conditions under which people worked.

“The researchers reported being disturbed by the miserable conditions they documented, and also feeling discomfort as they watched destitute children weaving carpets with racing car designs that would one day adorn the bedrooms of affluent children around the world,” the report said.

FXB Center Director Jennifer Leaning, the François-Xavier Bagnoud Professor of the Practice of Health and Human Rights, called the project “arresting” and said she was surprised at how large an area Kara’s researchers covered.

“What resulted is a powerful picture of an industry that relies in many ways on bonded, slave labor, and child labor,” Leaning said.

In addition to documenting the laborers’ working conditions, the report traced the supply chain of the carpets from their sources to U.S. retailers. These carpets, the report said, are sold in some of the nation’s best-known stores, including Home Depot, Macy’s, Neiman Marcus, Bloomingdale’s, Target, Sears, Crate & Barrel, Williams-Sonoma, Pottery Barn, Ethan Allen, IKEA, Walmart, JCPenney, Pier 1 Imports, ABC Carpet & Home, and Cost Plus.

The report is out, but much work remains, according to Kara and Leaning. Immediate efforts are focused on getting the report into the hands of government officials in India and the United States, and to representatives of the International Labor Organization. Kara and others also are contacting the retailers involved, some of which have already been in touch with the FXB Center, Leaning said.

The report recommends that the minimum wage be increased to $1 an hour, and that that level be enforced.  It also recommends overtime pay; organizing a carpet workers’ union; establishing a microcredit program; more investigations, prosecutions, and supply-chain inspections; and additional research.

Longer term, Kara wants to compile similar reports on other industries, tracing supply chains so that both consumers and retailers in the developed world understand that what’s happening in the handmade carpet industry isn’t an aberration, but rather an example of how, in many cases, business is done down the line in a globalized economy.

“This is one product, one project, one country. But it’s really a microcosm of the broader reality of a subclass of deeply exploited human beings,” Kara said. “Their servitude feeds into the global economy every day.”