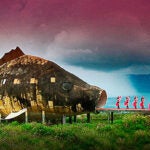 Film as a force

By crunching data in advance, Harvard junior has predicted many Academy Award winners

If it were up to Ben Zauzmer, Disney’s computer-animated “Frozen” would take home the Oscar for best picture this year. But the film isn’t nominated in that category, and he wouldn’t go with his own desires anyway — only his math.

For the past three years, the Harvard College junior has employed statistics and percentages to predict winners at the Academy Awards. In his freshman year, Zauzmer, who hails from a suburb of Philadelphia, rightly predicted 15 winners out of the 20 categories he called, including Meryl Streep’s best-actress upset over Viola Davis.

“I knew then I was onto something,” he said.

Last year Zauzmer nailed 17 out of his 21 calls, pulling data from other awards ceremonies like the BAFTAs, critics’ scores, and historical data. This year, he teamed up with the Hollywood Reporter to announce predicted victories, and has the Sandra Bullock-led “Gravity” winning best picture.

“The highest percentage is for ‘Gravity,’” said Zauzmer. “But I will say, if I had to guess, that’s going to be one of the wrong predictions.”

He explained that typically the best picture winner at the Director’s Guild has been the best predictor of Oscar gold, and “Gravity” took home the award there for feature film this year. But the number of Oscar nominations for best picture has doubled. And last year, he noted, the Oscars for best director and best picture were split between Ang Lee and Ben Affleck’s “Argo,” categories that have historically correlated. He suggests that “Gravity” director Alfonso Cuarón may take home only best director. That would leave room for other frontrunners “American Hustle” or “12 Years a Slave,” the latter of which Zauzmer thinks will win best picture.

“But I have to do what the numbers say,” said Zauzmer. “I don’t look at my predictions as predictions all the time, I look at them as percentages. Sometimes things with lower percentages happen.” And he disregards his own subjectivities, of course. (Zauzmer conceded that he preferred “Captain Phillips” and “Dallas Buyers Club” to the other contenders.)

His calculations have garnered considerable publicity, and Zauzmer has bickered with Hollywood publicists and members of the Academy of Motion Picture Arts and Sciences alike.

When the Oscars air this Sunday, Zauzmer will be co-hosting a watching party at a friend’s dorm. If his predictions are right, he anticipates a lot of Monday morning interviews.

The applied-mathematics concentrator also announces Harvard basketball and football games when he’s not ensconced in math, which he calls “a great puzzle.”

And of course he’s a movie buff. “I’ve now seen the entire American Film Institute’s top 100 movies, and I’m six away from finishing all the best picture winners.”

On Sunday, Zauzmer said, “I expect I’ll get quite a few right. But no matter what, it’ll be a fun, crazy night.”

Zauzmer will be live tweeting the Oscars on Sunday at @bensoscarmath. View his predictions here.