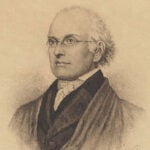 Call it prescience, or fortuitous timing.

Just hours after President Obama proposed corporate tax reform in exchange for congressional support of a $302 billion transportation bill to pay for badly needed repairs to the nation’s decaying highways, roads, and bridges, power brokers from business, academia, and the federal government gathered at Harvard Business School (HBS) Wednesday evening to begin a private, two-day summit, “America on the Move: Transportation and Infrastructure for the 21st Century.”

The conference was convened to apply strategic thinking to key challenges facing the United States in the global marketplace in fundamental areas that drive and support the economy, such as energy, information technology, and the transportation of goods and people.

The gathering is part of an ongoing effort, the U.S. Competitiveness Project, that launched three years ago to use the intellectual capital and global reach of HBS to think about ways to improve or restore the nation’s competitive edge in complex, critical domains such as K-12 education and, now, infrastructure and transportation.

“Some of our greatest industries in America move goods, people, or information,” said Rosabeth Moss Kanter, Ernest L. Arbuckle Professor of Business Administration at HBS, who chairs the summit. “This is an area of incredible strength.”

But the nation has fallen behind some other countries in many important arenas, resulting in significant cost to American companies and to the economy as a whole.

According to a recent HBS survey, twice as many business leaders say the cost and quality of using cars, trucks, trains, and planes has gotten worse over last three years than those who say it’s gotten better. Sixty percent said that moving goods domestically was a major difficulty.

Airline flight delays and cancellations alone, for example, cost an estimated $30 billion a year, she said.

“There are major economic consequences to not paying attention [and] great positive impact if we do,” said Kanter during the opening plenary in the Spangler Center auditorium.

HBS Dean Nitin Nohria recalled how different the United States was when he first arrived 30 years ago from India, where telephone service, electricity, and even bridges were often unreliable.

“You could see how much the competitiveness of this country came from the extraordinary infrastructure that the country had. If you never lived here and you first experienced it, I promise you, you would just be blown away by it, as I was when I first came to this country,” he said.

But after traveling the world in recent years, Nohria said, that’s no longer the case.

“When you’ve been so far ahead for so long, it’s easy to take it for granted. That’s the challenge that I think about when it comes to the infrastructure of this country, which we in the U.S. Competitiveness Project have begun to take seriously,” Nohria said.

During his 30 years at GE, Immelt said he has seen a huge shift in the identity of the company’s biggest customers for infrastructure-related goods and services. Where once it was the United States, now places like China and Dubai lead the way.

“Infrastructure is a hard place to invest, but it can also be a massive game-changer,” Immelt said. “This is the way societies become wealthy or lose their wealth, by making smart or dumb decisions around infrastructure.”

Immelt recalled the awkward irony of having to ask Nigeria’s richest executive to call him back on Immelt’s landline while the two were brokering a deal because he didn’t have any cellular reception at his home in Fairfield County, Conn.

Infrastructure’s “great strength may be simultaneously its greatest weakness: It doesn’t belong to anyone. And we will struggle with … fundamental questions. How do we collectively own something that’s so critical to our shared prosperity and, in particular, when it forces us to make investments now for benefits that come much later?” asked Patrick Gallagher, the acting deputy Secretary of Commerce.

“It really should be an alarm call that we’re seeing the lowest levels of investment in infrastructure since World War II. Our investment intensity — how much we spend as a percentage of GDP — is very low relative to other parts of the world. It’s about 2 percent in the United States. Compare that with 5 percent in Europe and almost 10 percent in China,” said Gallagher.

While American political leaders continue to argue over what the nation’s transportation and infrastructure priorities ought to be and how much — if anything — should be spent on them, time and progress forge ahead.

“Somewhere out there, someplace there’s going to be an infrastructure innovation that’s going to be funded and advanced ahead of the United States,” said Immelt. “The world is not going to wait.”