So, who owns the Internet? 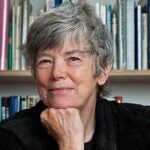 We can work it out

A clash over who should decide which information flows through Internet networks — and at what price — is now before a Washington, D.C., federal appeals court in a landmark case that could grant Internet service providers (ISPs) the unfettered power to turn the information superhighway into a private toll road.

In Verizon v. Federal Communications Commission, the telecommunications giant is challenging the FCC’s authority to regulate the delivery of high-speed, high-capacity Internet access to the public. The lawsuit stems from a December 2010 FCC rule that requires wireless and wired ISPs to remain “network neutral,” meaning they not take advantage of their role as a conduit for traffic between broadband customers and outside companies in order to favor or discriminate against any lawful content or to impose fees for linking to customers through their broadband networks.

Verizon argues that because the FCC labeled high-speed Internet service as separate and distinct from two-way telephonic communications nearly a decade ago, the agency no longer has the power to impose the 2010 rule, called the Open Internet Order, or any others, to regulate what Verizon can or cannot do on its own networks. Further, the company claims, any steps by the government to constrain its ability to control or “edit” what content flows through its networks violate the company’s First Amendment rights.

A decision in the closely watched case is expected early this year.

Some Harvard legal and business experts say if the Court of Appeals for the District of Columbia Circuit decides in favor of Verizon, it could have dramatic and far-reaching implications for everyone who uses the Internet, and could open the door to other challenges by companies seeking to undermine the deference traditionally given to regulatory agencies.

“Because of the legal gymnastics that the FCC has gone through over the last few years, it’s unclear whether they have labeled high-speed Internet access in such a way as to take advantage of the Congressional authority given to the agency to protect Americans from abuses,” said Susan Crawford, most recently a visiting professor of law at Harvard Law School, and Visiting Stanton Professor of the First Amendment at Harvard Kennedy School.

“This matters from the nation’s perspective because if the FCC is purporting to regulate with one hand and deregulate with the other, then it’s bound to have no real authority … to say anything about high speed Internet access. That means the essential facility of our time is subject to no oversight.”

Crawford compares the unilateral autonomy that Verizon and its competitors seek for themselves over an essential piece of infrastructure to that of the Gilded Age oil and railroad barons.

“Just like Standard Oil, they’ve cornered the market on a commodity that’s essential for every part of American society to operate. High-speed Internet access undergirds every policy direction the country wants to take. And yet, control over this commodity is centralized in the hands of a very few providers,” said Crawford, a co-director of the Berkman Center for Internet & Society. “It’s so unbelievable and that’s why I spend so much time and so much energy talking about it.”

Jonathan Zittrain, the Berkman Center’s co-founder and director, recently served as chairman of the Open Internet Advisory Committee, a panel charged with studying and assessing the impact of the current FCC rules in order to advise the agency on policies and practices that will best protect the future openness of the Internet.

“What’s most striking to me is that the taxpayers paid for the copper infrastructure, paid for it through regulated, expensive telephone service with taxpayers slated to own the resulting infrastructure,” said Benjamin Edelman, an associate professor of business administration at Harvard Business School. “Now, that all got privatized in a particular way, [but] the short of it is, this is a public resource. It’s a public right of way; it was funded through public expenditures. It seems strange to declare this is actually one company’s asset to do with as they see fit.”

Crawford said the debate about the FCC’s rule-making powers over Verizon and others could be resolved outside the courtroom simply by reclassifying high-speed Internet service as two-way telecommunication.

“All the FCC has to do is change its mind and say, ‘We got it wrong,’” said Crawford. “It has ample political Congressional authority to do that. This is just a political battle. The FCC is concerned that if it acts to carry out this administrative relabeling, it will lose half its budget and half its staff.”

Many existing and new businesses, particularly tech start-ups, are likely to suffer, as will national competitiveness, if the court decides in favor of Verizon, critics say.

“A broad class of tech start-ups rely on and assume the availability of reliable, high-speed, low-cost data transfer from users to the Internet at large. That’s been a pretty good assumption for most users most of the time. But it’s not guaranteed if the broadband operators can slow down the connection because it serves their strategic interests,” said Edelman. “Then businesses that require that kind of connection will be much harder to start or perhaps impossible” to start.

Companies such as Skype or YouTube that offer high-quality streaming video could likely be among the earliest targets of any effort by Verizon or other ISPs to slow down content on their networks, said Edelman. The largest, most powerful Internet companies like Google or Facebook, however, would probably avoid manipulation by ISPs because they have a “rich set of options” to choose from should network neutrality suddenly disappear.

“One thing that these companies can do is they can build their own networks to get the data as close as possible [to users, so] rather than Google delivering data to Verizon in Mountain View, California, Google could deliver it right here in Cambridge if the data are intended for a Cambridge customer. And then there would be somewhat less opportunity for Verizon to delay it or slow it down,” said Edelman.

“A second thing Google could do is to somehow force the network’s hand,” by bringing the issue directly to the public and notifying them that Verizon or another ISP is editing or slowing down content, as Google did during the debate over the Stop Online Piracy Act and the Protect IP Act two years ago.

“It could be quite an opportunity for Google to state what is really the company’s view on a political question, but to state it in a way that puts users onto Google’s side,” he said.

Losing network neutrality would be “devastating” to the innovation economy that has driven the digital revolution of the last two decades, said Brad Burnham, managing partner of Union Square Ventures, a New York City venture capital firm that was the first institutional investor in Twitter, Tumblr, Etsy, Foursquare, and others.

“My concern is that the explosion of innovation that we’ve seen as a result of ubiquitous connectivity and permissionless access to consumers goes away,” he said. “I think it will chill the younger start-ups, which will hurt innovation.

“You are effectively putting Verizon in the position of being able to choose winners and losers by delivering a differentiated user experience and charging a fee for that,” said Burnham. “That it will make it difficult for young companies who can’t pay that fee to get into the market, so we will end up calcifying around the incumbents and Verizon will just take their piece of that. That’s the problem.”

Without a viable way to regulate network monopolies like Verizon, future investors will likely walk away from the uncertainty and risk of tech start-ups. “Most investors are fairly apolitical and given a choice of tilting at the windmill of Washington or going and making money someplace else, they would probably choose to go make money someplace else,” said Burnham.

As potentially troubling as it may be for consumers and the economy to permit for-profit companies to regulate the Internet, Crawford says Verizon’s “breathtaking” legal claim that it should be allowed to decide which content passes through its network has sweeping implications for all businesses, should it prevail.

“Verizon is asserting, and cable companies have asserted in the past, that they’re just like The New York Times, they’re just like the Harvard Gazette: They need the discretion to function as editors and any interference by the FCC with that discretion amounts to a First Amendment, unconstitutional act,” she said.

The company argues that selecting which content passes through its system, and at what cost and speed, is an expression of its free-speech rights.

“This is not about speech, this is about their ability to discriminate, to in effect turn Internet access into the equivalent of a pay-TV service,” said Crawford.

There are very good reasons for the government, under the Commerce Clause, to want to maintain an open Internet, said Crawford. She said Verizon’s constitutional claim is much like those made by tobacco, energy, and pharmaceutical companies that seek to avoid regulatory oversight of their activities.

“The First Amendment is very much in vogue as a way to attack the power of an administrative agency. This is an A-plus example of that,” she said.

“No one ever thought a telephone company had a First Amendment right to edit telephone traffic. And no court, no agency ever would have said that. But in this political climate, this argument is just going to be repeated again and again until someone takes it seriously.”