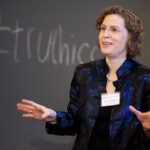 So, who owns the Internet?

Study suggests what a baseball team soon may win by signing top Japanese pitcher, and what it probably won’t

The only mounds seeing much action these days are made of snow, but nonetheless one Japanese star pitcher has been burning up Major League Baseball’s “Hot Stove” season.

Masahiro Tanaka, 25, a highly coveted right-hander from the Japan Pacific League coming off a dominant 24-0 season, is the talk of the offseason. Perhaps as many as 10 teams, including the Los Angeles Dodgers, the Chicago Cubs, the Chicago White Sox, and the New York Yankees, are expected to vie for his talents before he agrees to a contract with one of them by the Jan. 24 deadline.

It’s widely believed that Tanaka could fetch a multiyear contract worth $100 million or more — including the $20 million posting fee owed to Tanaka’s prior employer, the Tohoku Rakuten Golden Eagles — a huge price tag for someone who has yet to play a single game in the majors.

“Tanaka is on his way to a very big payday,” said Stephen A. Greyser, the Richard P. Chapman Professor Emeritus at Harvard Business School, who studies marketing and the business of sports. “My opinion is there will be a number of clubs that will be willing to pay up to $20 million [to negotiate], and that will mean that in theory several clubs will have the opportunity to try to sign him as though he were in the free-agent market,” he said in a phone interview.

Typically, players cannot enter the open market until they have played in the major leagues for six seasons.

But whether signing Tanaka, or past high-profile Japanese stars such as Hideo Nomo, Hideki Matsui, or Daisuke Matsuzaka, automatically brings a marketing windfall for MLB teams depends on a variety of decisive factors, according to a recent Harvard Business School working paper.

Greyser and Isao Okada, a former Fulbright Visiting Scholar at Harvard’s Reischauer Institute of Japanese Studies, studied the financial impact that five top Japanese players had on their respective major league teams, starting with Nomo, the pitcher who  joined the Dodgers in 1995 and eventually threw two no-hitters, and concluding with outfielder Kosuke Fukudome, who entered the league in 2008 and earned a batting championship with the Chicago Cubs.

After the runaway success of outfielder Ichiro Suzuki, who signed with the Seattle Mariners in 2000 and attracted huge numbers of Japanese fans and sponsorships, many teams have been willing to pay a premium for Japanese players, untested in the majors, in the hope that they also would deliver lucrative revenue streams from the Japanese marketplace.

Rookie players rarely bring the sort of ancillary money that is at least theoretically possible from corporate sponsorships with Japanese companies, ballpark billboards, and other advertising signage attuned to Japanese fans, as well as increased ticket sales from Japanese tour groups and bumped-up team merchandise sales.

“They’re willing to pay big money because the player is going to help them be a better team,” said Greyser. “The question is: Besides bringing in more people at the gate, presumably, and improving the team, are there ways that teams can commercialize from having a big Japanese star?”

Okada, a veteran business journalist for the Mainichi Newspapers company in Japan, said he was prompted to research the financial impact that Japanese ballplayers have on major league teams while at Harvard in 2007, shortly after the Boston Red Sox spent a startling $103 million to sign pitcher Matsuzaka to a six-year deal.

“It became big news both in Japan and the U.S.,” Okada said in an email. “No one doubted Matsuzaka would bring big amounts of Japanese money to the club through signage, ticket sales, and concessions as Ichiro and Matsui did.”

But after talking to a top marketing executive for the Red Sox, Okada learned that the team wasn’t quite able to capitalize on the new pitcher in the ways that many had anticipated, despite Matsuzaka’s respectable 15-12 debut season and the team’s World Series title in 2007.

“I was so surprised and interested [to find out] what the differences are between Matsuzaka and the other Japanese stars such as Nomo, Ichiro, and Matsui,” Okada said.

Because two of baseball’s biggest sources of money — national television broadcast rights and royalty fees from licensed team merchandise such as caps and jerseys — are split equally among all 30 teams, teams with Japanese stars can’t fully bank on player popularity. So while licensed major league goods sold in Japan totaled $300 million in 2008, those revenues benefit every team, regardless of whether it has a Japanese fan base.

In team commercialization, “the most important factor is the player’s talent and popularity in terms of performance in both Japan and the U.S. and his media exposure in Japan, including endorsement contracts,” the paper concluded.

Greyser said strong name recognition in Japan isn’t enough to convert the media attention into revenue for a U.S. ball club. “The most important element in signing a player is how much of a contribution is that player going to make to our team in our situation,” he said. “It’s the contribution that they’re going to make to their new team that’s really important.”

“Japanese baseball fans are like any baseball fans,” concurred former Dodgers vice president Barry Stockhamer, who was one of several major league executives interviewed for Okada and Greyser’s study. “They want to see the outstanding quality ballplayer, not just a Japanese player in the MLB.”

As for the Tanaka sweepstakes, Greyser said he doesn’t know where Tanaka will end up, but teams trying to sign him ought to be realistic in their marketing expectations for the young phenom.

“If he does well, there will be a lot of attention paid to him. But a club still won’t be able to commercialize the touring component because he will play only once or twice a week,” said Greyser. “There is a good shot of doing some of that with a position player, but not with a pitcher.”