Discovering where HIV persists in spite of treatment 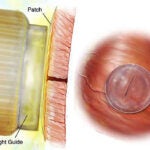 HIV antiviral therapy lets infected people live relatively healthy lives for many years, but the virus doesn’t go away completely. If treatment stops, the virus multiplies again from hidden reservoirs in the body. Now, investigators from the Harvard-affiliated Massachusetts General Hospital (MGH) and the Ragon Institute of MGH, MIT, and Harvard may have found HIV’s viral hiding place — in a small group of recently identified T cells with stem cell-like properties.

“Most human cells are short-lived, so it has been unclear how HIV manages to stick around for decades in spite of very effective antiviral treatment,” said Mathias Lichterfeld of the MGH Infectious Disease Division, an assistant professor at Harvard Medical School and corresponding author of a report on the findings receiving advance online publication in Nature Medicine.

Though HIV normally attacks immune system cells called T cells, those cells are short-lived. The virus’ ability to survive years of therapy caused researchers to wonder whether it might also infect stem cells, regenerative cells that are the longest-lasting in the body, Lichterfeld said. The problem with that idea is that organ-specific stem cells are resistant to HIV infection.

“We have discovered that a new group of T cells, called T memory stem cells, are susceptible to HIV and likely represent the longest-lasting cellular niche for the virus,” Lichterfeld said.

HIV’s devastating impact on the human immune system is due to its habit of infecting the CD4-positive T cells that direct and support the infection-fighting activities of other immune cells. Subtypes of CD4 T cells have different functions and all are capable of being infected by HIV.

With antiviral treatment, drugs keep the virus in infected cells from replicating; because most CD4 T cells are short-lived, they die relatively soon. CD4 T memory stem cells, however, can live for decades, and give rise to several types of T cells. This means HIV-infected T memory stem cells could continuously regenerate new HIV-infected cells, fueling HIV persistence in the body.

The MGH/Ragon team found that T memory stem cells express both CD4 and CCR5 — the receptor proteins HIV uses to enter cells — suggesting that these long-lived cells could be the much-sought HIV reservoir. They then found that these cells can be readily infected with HIV, which was unexpected because traditional stem cells resist HIV infection. Importantly, the investigators found that levels of HIV DNA in patients receiving long-term antiviral treatment were highest in T memory stem cells.

Blood samples taken from patients soon after initial infection and several years later revealed that the viral sequences found in T memory stem cells after six to 10 years of treatment were similar to those found in circulating T cells soon after infection, indicating that HIV had persisted relatively unchanged in T memory stem cells. In addition, the amount of HIV DNA in these cells remained relatively stable over time, even after long-term treatment caused viral levels to drop in other T cell subsets.

“Our findings suggest that novel, specific interventions will have to be designed to target HIV-infected T memory stem cells,” said Lichterfeld. “Methods of inhibiting stem cell pathways are being studied to eliminate cancer stem cells — persistent cells that are responsible for tumor recurrence after conventional treatments kill proliferating tumor cells. We are now investigating whether any of the drugs that target cancer stem cells might be effective against HIV-infected T memory stem cells.

“Identifying the reservoirs for HIV persistence is a critical step toward developing interventions that could induce a long-term remission without the need for antiviral medication, or possibly eliminate the virus entirely,” he said. “Although a real cure for HIV has been elusive, it is not impossible.”