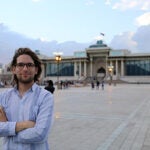 Fighting disease on a global scale

Using color-coded labels to mark healthier foods and then displaying them more prominently appears to have prompted customers to make more healthful long-term dining choices in their large hospital cafeteria, according to a report from Harvard-affiliated Massachusetts General Hospital (MGH).

In the American Journal of Preventive Medicine, the MGH research team noted that the previously reported changes have continued up to two years after the labeling intervention was introduced.

“Our current results show that the significant changes in the purchase patterns of both hospital employees and all customers resulting from the labels and the choice architecture program did not fade away as cafeteria patrons became used to them,” says Anne Thorndike of the MGH Division of General Medicine, who led the study. “This is good evidence that these changes in healthy choices persist over time.”

Initiated in March 2010, the program was developed by the research team — including leaders of the MGH Department of Nutrition and Food Services — to deliver information about healthy food choices in a simplified way that did not require reading and understanding detailed food labels.

The first phase involved the application of “traffic light” labels — green for the healthiest items, such as fruits, vegetables, and lean sources of protein; yellow for less healthy items; and red for those with little or no nutritional value — to all items in the main hospital cafeteria. Several weeks before the labels were introduced, cafeteria cash registers began to identify and record each purchased item as red, yellow, or green.

The second “choice architecture” phase, started three months after the labels were introduced, focused on cold beverages, premade sandwiches, and chips, all of which were rearranged to display more healthful items where they were most likely to be selected. For example, bottled water, diet beverages, and low-fat dairy products were positioned at eye level, while beverages with yellow or red labels were placed at lower levels.

As the team reported in the March 2012 American Journal of Public Health, at the end of the initial six-month study period, the program led to significant increases in the purchases of “green” items and reduced purchases of “red” items, with the largest changes in beverage purchases. A subsequent study, focused on employees enrolled in a program in which their meals could be paid by payroll deduction, revealed similar changes in purchase patterns across all racial and ethnic groups as well as job types. That research appeared in the September 2012 American Journal of Preventive Medicine.

The current study analyzed purchase patterns for the 24 months following the program’s implementation and found that the changes present at the end of the first year were virtually unchanged at the end of the second. Overall, purchases of “green” items had increased 12 percent, compared with the pre-intervention period, and “red” item purchases dropped 20 percent. Purchases of “red” beverages — primarily sugar-sweetened beverages — dropped 39 percent, while “green” beverage purchases increased 10 percent. The changes remained similar for all types of employees, and overall cafeteria sales during the two-year period were stable.

“These findings are the most important of our research thus far because they show a food labeling and product placement intervention can promote healthy choices that persist over the long term, with no evidence of ‘label fatigue,’ ” said Thorndike, an assistant professor of medicine at Harvard Medical School. “The next steps will be to develop even more effective ways to promote healthy choices through the food service environment and translate these strategies to other work site, institutional, or retail settings.”