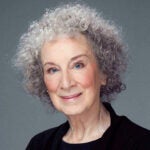 Rakesh Khurana, the Marvin Bower Professor of Leadership Development at Harvard Business School (HBS), professor of sociology in the Faculty of Arts and Sciences (FAS), and co-master of Cabot House, today was named dean of Harvard College.  Khurana earned his Ph.D. through a joint program between HBS and Harvard’s Graduate School of Arts and Sciences in 1998.

FAS Dean Michael D. Smith, who announced the appointment in an email to the FAS community, praised Khurana as a scholar and teacher with deep experience working with undergraduates and a strong commitment to the College.

“Rakesh is a distinguished scholar of organizational behavior and leadership, an award-winning teacher, and a dynamic House master who has also deeply engaged with undergraduate issues on important committees,” wrote Smith, the John H. Finley Jr. Professor of Engineering and Applied Sciences. “He brings to the deanship an intimate understanding of the Harvard College experience, a profound commitment to the values of a liberal-arts education, and a warm and compassionate personality that accompanies his belief in the importance of community and an inclusive approach to decision-making.

“Rakesh is an ardent proponent of the values of a liberal-arts education,” Smith continued. “I am confident that he will advance undergraduate education with both a respect for enduring values and the ability to embrace change. He understands the interplay of academic, extracurricular, and residential life at Harvard and is an eloquent spokesperson for the transformative nature of the Harvard undergraduate experience.

“As House co-master at Cabot since 2010, Rakesh is attuned to the multiple transitions that students undergo during their time at Harvard, and the key role that residential life plays in their overall development,” Smith wrote. “Rakesh’s style of leadership is distinctly inclusive; he understands the importance of listening and looks forward to engaging with the faculty and the College.”

Khurana succeeds Evelynn M. Hammonds, the Barbara Gutmann Rosenkrantz Professor of the History of Science and professor of African and African American Studies, who stepped down last June after completing her five-year term. Donald Pfister, the Asa Gray Professor of Systematic Botany, will continue to serve as interim dean until July 1, when Khurana assumes the role. He and his wife, Stephanie (M.B.A., M.P.P. ’96), will remain masters of Cabot House. The Khuranas have three children.

“I’m honored to have this opportunity to serve the College and work with the faculty, students, and staff to create a transformative educational experience for our students,” said Khurana. “I am convinced that, working together, we will have a significant and positive impact on the College.”

“Rakesh Khurana is a faculty leader who embodies the interconnectedness of Harvard,” said Harvard President Drew Faust. “His experiences as a graduate student, an award-winning teacher at HBS, and the master of an undergraduate House give him a unique perspective on the University, and his deep respect for the liberal-arts model and the residential education will serve him well as he guides Harvard College.”

“Rakesh’s selection is a testament first and foremost to his skill and vision as a teacher and scholar, and a demonstration, too, of the ways Drew Faust’s vision for one university can create exciting new opportunities,” said Nitin Nohria, dean of Harvard Business School. “I think the appointment is wonderful news, and I am looking forward to working with Rakesh to identify and strengthen efforts across the College and HBS that will benefit us all.”

Last July, Smith announced the creation of an advisory committee consisting of faculty from all FAS academic divisions, including Professors Louis Menand, Matthew K. Nock, Christie McDonald, and Douglas A. Melton. During the fall semester, the committee solicited input from undergraduates, FAS faculty, and College administrators, holding meetings with House masters, resident deans, College staff, the Undergraduate Council, freshmen, upperclassmen, and faculty members. The advisory committee developed a short list of candidates, whom they interviewed, and shared their feedback with Smith.

“Rakesh came to us with a reputation for exceptional leadership skills, and he certainly handled the interview expertly. He listened carefully, was responsive, and spoke from the heart,” said Menand, the Anne T. and Robert M. Bass Professor of English. “He was passionate about the College, about the academic side of the student experience, about the importance of liberal education generally.”

“Since Rakesh is not a humanist (and neither is Mike Smith nor Xiao-Li Meng), I asked him to say something about the place of the humanities in undergraduate education,” Menand continued. “He described a class he had been teaching, I think in HBS, in which a discussion of corporate practices was transformed when one student introduced certain concepts from her humanities courses. He understands that the historical, interpretive, and philosophical knowledge and skills that students acquire in humanities classes enrich and improve the quality of work they do in every other field of endeavor, no matter how practical or technical.”

“The faculty advisory committee was fortunate to have an absolutely amazing pool of candidates under consideration to serve as the next dean of Harvard College,” said Nock, professor of psychology and director of the Laboratory for Clinical and Developmental Research. “Professor Khurana stood out among this very strong group as someone who exemplifies all of the qualities that students, faculty, and staff said are so important in the next dean. As a House master, award-winning teacher and mentor, professor of leadership, and strong proponent of a 21st-century liberal arts education, he is someone who is singularly qualified to help guide the College moving forward. I don’t think we could have dreamed up a stronger candidate for this position, and I am so happy that Professor Khurana has agreed to serve as the next dean of Harvard College.”

“Rakesh Khurana comes to the deanship from the heart of the College as House master at Cabot,” said McDonald, the Smith Professor of French Language and Literature and co-master of Mather House. “He brings not only experience and enthusiasm but leadership and a commitment to maintain the strength of a liberal-arts education within our research institution.”

“In all my interactions with Professor Khurana I have been impressed by his total commitment to students, and the opportunities to combine their intellectual, social, and civic experiences at Harvard,” said Melton, the Xander University Professor, co-director of the Harvard Stem Cell Institute, co-chair of the Department of Stem Cell and Regenerative Biology, and co-master of Elliot House. “It will be very exciting to watch him bring to bear his impressive skills in helping teams of people work together to make Harvard College even stronger.”

Pfister, who has worked with Khurana in his role as co-master of Cabot House, highlighted his commitment to supporting the needs of undergraduates, both inside and outside the classroom.

“I am confident Professor Khurana will bring energy, passion, and a commitment to undergraduates when he takes on the role of dean this summer,” Pfister said. “I know his experience living, dining, and working with undergraduates at Cabot House will prove invaluable to him and to all of you throughout the College.”

Khurana earned his B.S. from Cornell University. He began graduate studies at Harvard in 1993, earning his Ph.D. in 1998. He was appointed to the HBS faculty in 2000 and became co-master of Cabot in 2010. He taught at Massachusetts Institute of Technology between 1998 and 2000. Prior to graduate school, he worked as a founding member of Cambridge Technology Partners.

“Rakesh will lead the College with energy and vision, and he brings to the deanship scholarly expertise on organizational behavior, governance, and leadership,” Smith wrote.

Khurana’s research uses a sociological perspective to focus on the processes by which elites and leaders are selected and developed. He has written extensively about the CEO labor market and business education.

He has also been recognized for his commitment to pedagogy, twice earning the Charles M. Williams Award for Excellence in Teaching (2008, 2012) and being nominated in 2013 for the Star Family Prize for Excellence in Advising. He has also co-authored “Handbook for Leadership Theory and Practice” (2010) and “The Handbook for Teaching Leadership” (2012), seminal texts on leadership theory and pedagogical practice.

As a member of the Harvard community, Khurana led or served on a number of policy-making panels, including the Committee on Academic Integrity, Campus Culture, and the Alcohol and Other Drug Services Campus-Community Collaborative. In 2011-2012, he co-chaired the Committee on Harvard College Alcohol Policy. Most recently, he served on the task force charged by Faust with recommending policies related to the privacy of electronic communications conducted at Harvard.