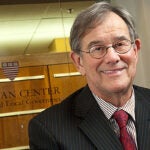 Are U.S. students falling behind?

By Harvard Institute of Politics Communications

A new national poll of America’s 18- to 29-year-olds by the Institute of Politics (IOP) at the Harvard Kennedy School of Government finds a solid majority of millennials disapprove of the comprehensive health reform package that the president signed into law in 2010, regardless of whether the law is referred to as the Affordable Care Act (56 percent disapprove) or “Obamacare” (57 percent disapprove). Less than three in 10 uninsured millennials say they will definitely or probably enroll in insurance through an exchange if and when they are eligible.

The IOP’s newest poll results also show a majority of millennials (52 percent) would choose to recall all members of Congress if it were possible — and a slightly smaller proportion say the same about President Obama (47 percent recall, 46 percent not recall). The poll also finds Obama’s job approval rating at the lowest level (41 percent) reported since the beginning of his presidency. A detailed report on the poll’s findings is available online.

“A critical factor in the election and re-election of Barack Obama, America’s 18- to 29- year-olds now rate the president’s job performance closer to that of Congress — and at the lowest level since he took office in 2009,” said Harvard Institute of Politics Director Trey Grayson. “Overcoming today’s bitter partisanship and governmental gridlock is essential to showing millennials and all our citizens that Washington, D.C. — and our democratic process — can still work and make a difference.”

“The reasons for the current lack of support among millennials for the Affordable Care Act are many, and few are surprising given the trends that our polling has revealed for the better part of the last four years,” said John Della Volpe, the IOP’s polling director. “Young Americans hold the president, Congress, and the federal government in less esteem almost by the day, and the levels of engagement they are having in politics are also on the decline.”

To view the full report and examine key findings, visit the IOP website.