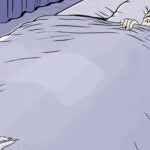 Several noted Spanish-language poets are visiting Harvard this week in a unique event that pairs the poets and their works with top translators in the field.

Argentinian poets Washington Cucurto and Tamara Kamenszain and Chilean poet Malú Urriola read their works in the original Spanish Tuesday evening in the kickoff event of “Transversal: A Latin American Poetry Lab,” sponsored by the David Rockefeller Center for Latin American Studies, the Woodberry Poetry Room, and the Department of Romance Languages and Literatures.

Healy, who learned Spanish in high school and lived in Uruguay for a time, “was interested in working with an Argentine poet because — after spending so much time in Uruguay — the rioplatense dialect is the most familiar to me,” she said.

The poets had been previously unfamiliar with the translators with whom they were coupled, but have been corresponding and conversing throughout the year. The Woodberry Poetry Room selected the translators while Sergio Delgado, the event co-organizer and assistant professor of Romance languages and literatures, chose the poets.

“Transversal” is the brainchild of Marcela Ramos, an arts coordinator at the David Rockefeller Center, who contacted the Woodberry and Delgado about promoting innovative poetry from Latin America.

“ ‘Transversal’ is the same word in both Spanish and English,” said Chloe Garcia Roberts, a library assistant at Woodberry and one of the event’s coordinators, “and it denotes the act of cutting across or intersection. Professor Delgado stated from the beginning that the poetry he wanted to highlight from Latin America was cross-genre and cross-disciplinary, and this aesthetic — combined with the translation component — we felt was nicely encompassed by the title.”

Gander, Deeny, and Healy discussed the pleasures and pains of translations, from struggling to understand the works to finding the right tone and grappling with syntax, meaning, and word choice, which Gander summed up by stating, “Translation is like putting on someone else’s pants. You walk differently.”

“I’m interested in translation mostly as a creative exercise,” Healy said. “It’s a puzzle to play with, a code to be cracked. The process of translating is also a very intimate way to interact with a text. It forces you to slow down your reading and spend time really understanding and interpreting it.”

The Harvard Review plans to publish an online supplement of the poets’ original works and their translations.