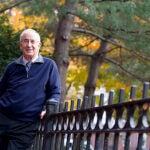 Rappaport Institute director looks at what this means for Boston

Boston will soon have its first new mayor in 20 years. Longtime state legislator Martin J. Walsh defeated City Councilor John R. Connolly in Tuesday’s election, leveraging the support of labor groups and a significant cross-section of residents throughout the city. He will take office in January.

Steven Poftak, the executive director of Harvard Kennedy School’s Rappaport Institute for Greater Boston, talks about Walsh’s victory and what this means for the city of Boston.

QUESTION: Are you surprised by the results?

POFTAK: These results are not surprising. The race was close and competitive throughout. During the last few weeks, it felt like the momentum was moving toward Walsh. His campaign seemed to be controlling the narrative and they seemed to be attracting large numbers of enthusiastic participants to their events. Plus, he had a significant advantage in spending on his behalf, close to $1 million more than Connolly with outside groups included. More critically, spending on behalf of Walsh was more efficient, spread across the weeks in between the preliminary and the final, not concentrated in the final two weeks.

On Election Day, the Walsh ground troops were everywhere and it suggested that this was Walsh’s day.

QUESTION: What are the biggest challenges facing the new mayor?

POFTAK: Continuing the trajectory of education reform will be an important challenge for the mayor. There are persistent pockets of underperformance in the Boston Public Schools that need to be addressed. In addition, the district is facing a facilities planning problem, with under-capacity in the lower grades and overcapacity in the upper grades, as well as implementing a new school assignment system. Walsh will get to appoint a new superintendent to grapple with all these issues.

Another challenge will be to nurture continued economic growth and innovation, while also promoting that growth across the neighborhoods. Walsh ran on a platform of equity, so I would expect to hear a lot about this.

Lastly, Walsh’s policy proposals have a lot of detail and new programs but every mayor grapples with limited revenues, with little statutory power to change that. He will be challenged to find a balance between fiscal stability and developing new programs.

QUESTION: How will Walsh govern?

POFTAK: Walsh’s public-sector experience has been in the legislative branch, so it will be interesting to see how that transfers over to an executive position. One of his most striking traits is his ability to build bonds across different interest groups, particularly for a white, Irish guy from a historically conservative section of Dorchester. A key to Walsh’s victory was a string of key endorsements from other preliminary election candidates that gave him great credibility across many neighborhoods that were not his original constituency.

Walsh also faces the challenge of taking over for a long-serving mayor who has been in charge while the vast majority of city workers were hired. It remains to be seen how aggressive Walsh will be in replacing appointees with his own people.

QUESTION: How will Walsh differentiate himself from Mayor [Thomas M.] Menino?

POFTAK: Many of Walsh’s major endorsers appear poised to take positions in the new administration where they would be high-profile public figures. This would contrast with the more centralized style of the current mayor.

However, I think Walsh will continue to take an active, neighborhood/constituent service-focused mayoralty that has been a signature of Menino. This election did not represent a repudiation of any ideology, but rather a transition in leadership, so I would not expect Walsh to dramatically differentiate himself.