A lifeline to the poor 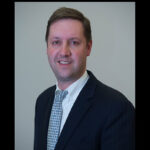 For a century, Harvard Law students have toiled to ensure legal rights for all

Inside an unassuming yellow house on Everett Street in Cambridge, a warren of offices makes up a law firm run by Harvard Law School students who serve the poor. This year, it turns 100.

The Harvard Legal Aid Bureau has helped countless people in the Boston area who have been unable to afford legal representation. The organization was founded by a group of students committed to “rendering legal aid and assistance, gratuitously, to all persons or associations who by reason of financial embarrassment or social position, or for any other reason, appear worthy thereof.” With only a couple of short interruptions since its founding, the bureau has served thousands of clients in areas such as family and housing law.

The bureau, which is the nation’s oldest student-run legal services organization and one of the largest providers of legal services in the area, does much more than simply help resolve legal disputes, those involved say. It also changes lives.

During her first weeks at the bureau, third-year Harvard Law School (HLS) student Tanika Vigil appeared in court representing a victim of domestic abuse. The case was complicated by the fact that her client’s legal status was unclear. She had no permanent address and wasn’t a native English speaker. Vigil had to communicate with her through an interpreter.

Such challenges, said Vigil, only inspired her to work harder. “My client deserved the best of all possible representation because the challenges she was facing were so multifaceted.”

Vigil recently helped her client reach a separation agreement. “She was married to an abuser, and now she is getting a divorce,” Vigil said. “The role that I could play in supporting her through so many transitions … that was a really profound experience for me.”

Vigil had another profound experience during a meeting to discuss the bureau’s policies. “I felt so inspired by the commitment of the folks in that room, to the issues we were working on, to each other, and to our clients. I realized it was worth investing in at a much greater level.”

She is now the bureau’s president and says that such work “has absolutely shaped what I am going to be doing after Harvard Law School.” Vigil is applying to fellowships with several public defenders’ offices around the country.

A century of service

The bureau is funded by HLS and operates through the School’s Office of Clinical and Pro Bono Programs. It differs from legal clinics in that it is entirely student-run. Law School students form the bureau’s board and are responsible for its day-to-day operations — everything from taking in new clients to managing a yearly budget. But the organizers are also training as lawyers, working on an average of five cases at any one time under the supervision of the bureau’s clinical instructors, who are also practicing attorneys. The bureau handles about 400 cases per year in areas including housing, families, wages and hours, and government benefits.

The pace can be hectic. First-year students who are accepted are required to commit to working at the bureau during their second and third years. Students receive credit toward their HLS coursework for the bureau’s 20-hour weekly work requirement, but most students put in much more.

“I would say that the average is far beyond that,” said Vigil, noting that in last year’s graduating class the four students who performed the most pro-bono work during the year were all members of the bureau.

The bureau has had its share of bumps along the way, shutting down in the early ’30s due to a concern about the bureau’s legal status, and temporarily closing its doors during World War II. But through it all, it has maintained its commitment to helping the unfortunate.

It has also responded to changing needs along the way. In partnership with local community organizations, students have worked with veterans, people suffering with AIDS and HIV, and mothers stuck in violent marriages, among others. Members of the bureau responded to the financial crash of 2008 by mounting a massive door-to-door campaign called Project No One Leaves as home foreclosures loomed. Aided by a tech-savvy HLS student and Google maps, they canvassed Boston neighborhoods to inform tenants of their rights.

In recent years, they added a wage and hour practice that represents clients who may have been denied adequate compensation. José Javier Rodríguez, now a Florida state representative, helped to spearhead the effort during his time with the bureau.

Rodríquez, who graduated from HLS in 2006, said he saw both a growing need for that area of law and a way for the bureau to expand its reach by working closely with community organizations involved in the same issue.

“I saw it as an opportunity both for us and for these organizations with limited resources to maximize our reach and the number of people we could help,” he said.

Reflecting on his time working at the bureau, Rodríquez said he went to law school to “become a lawyer in order to help everyday people,” adding that his experience with the bureau “helped me hit the ground running” after graduation.

Other notable bureau alumni include the late Supreme Court Justice William J. Brennan and Massachusetts Gov. Deval Patrick. A photo hanging in the bureau’s front hallway shows a young woman seated in the first row of the 1987–1988 class shot: Michelle Obama, whose last name then was Robinson.

Members of the clinical staff have their own offices, and there are small offices where students meet with potential clients in the house the bureau shares with Harvard’s Berkman Center for Internet & Society. There also is a boardroom and a library. But most activity takes place in an open space filled with computers. On any given day numerous students are there poring over cases, offering each other suggestions, advice, and feedback.

“Getting to see what it could really mean to be a lawyer, what it would mean to represent people in cases that have such huge impact on their lives … this has really shaped what my law school experience has been,” said Lerae Kroon, a third-year student and the bureau’s communications director, who hopes to continue public-interest work on disability rights and access to public benefits after graduation.

“It’s absolutely the type of work I want to be doing,” she said.

This weekend, the bureau is hosting a series of 100th anniversary events, including class reunions, meetings, an afternoon keynote address by Patrick, and an evening gala. One guest will be the oldest alumnus from the bureau, Judge Robert A. Behrman from the HLS Class of ’50.

“The Legal Aid Bureau was really the only [group] that dealt with the practical, day-to-day life of a lawyer,” said Behrman, 91, who after graduation went into private practice in general law, and then became a judge for 23 years.

Behrman praised the bureau for exposing him to work in an actual courtroom setting, saying, “It gave me more self-confidence that I wouldn’t have had otherwise.”