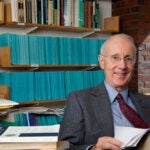 Six years after its launch, the social networking giant Twitter plans to test public confidence in its future profitability through an initial public offering (IPO) on Nov. 6, with trading to begin the next day on the New York Stock Exchange.

In recent days, company representatives have been pitching money managers around the country in what is the most highly anticipated stock offering since Facebook’s in 2012. With opening shares set at $17–$20 each, Twitter could raise an estimated $1.4 billion, with a total value of nearly $11 billion, if available shares sell at the top of the price range. The privately held business claims 230 million active monthly users but has not yet turned a profit.

GAZETTE: What are investors looking for to convince them to buy in, and are they finding it?

LERNER: It’s clearly challenging assessing these kinds of companies. You can think back to some of the early IPOs that were in this space that have similar characteristics. You think of the Apple IPO, for instance. One of the things that’s interesting about the Apple IPO is that the secretary of state in Massachusetts banned Massachusetts residents from buying shares in Apple because it was such a risky company. At the time Microsoft went public, there was a great deal of controversy about its valuation, which I believe was a couple hundred million dollars, that it was outrageously overvalued, and that it would never reach the kind of profitability that would be required to reach those numbers. So markets have gotten it wrong, and clearly there’s a bunch of cases where they got it wrong, they were too optimistic, but certainly there are many cases where they got it wrong for being too pessimistic, as well. For many of these companies, you have a bimodal outcome. It’s probably either going to be a fabulous success and enormously profitable or be in the dustbin of history as an idea that didn’t really work. Probably the middle ground is unlikely to happen.

Many venture-backed companies, and obviously Twitter is no exception, don’t adhere to the traditional metrics that you’d look at. Normally you’d look at profitability, and an investor would look at the multiple of profitability to figure out what the fair valuation is. Many of these companies may have revenues, but they don’t have profitability. As a result, you have to look toward the future and say: What’s the ultimate prospect for making money here, and how plausible is the business model? How large is the investment market? Is this something that has a good chance of being something that’s actually going to be generating a steady cash flow going forward?

People look at the indicators like what’s happening to the revenues. Twitter just announced its third-quarter numbers and the revenues were up substantially from advertising and the like, which gives people more hope that this is going to be a company that ultimately [makes money]. Without opining myself, you see a lot of opinion out there that suggests that, as least relative to other social media companies, this seems to be fairly valued, attractively valued.

GAZETTE: What will investors look for on Nov. 6 and beyond to assess whether the IPO was successful?

LERNER: I think there are going to be a couple of different things people will be looking at. One, of course, is how the stock price itself does. It seems to be a virtuous cycle. If you do well initially, it sets the company off on a good foot. So certainly people will be looking to see how much of a pop or how much excitement there is in that initial couple of trading days. Secondly, people will be looking at the performance of the company from a [profit-and-loss] standpoint: What does next quarter look like; do we see more continued strong revenue growth; do we see the losses narrowing? And thirdly, perhaps the more thoughtful investors will be looking at what is the strategic positioning and the goals of this firm? Have they articulated a real strategy to migrate from something that is ubiquitous in some sense but certainly isn’t profitable, and try to really think through what is the long-run route to profitability for this thing, and how do we do it in a way that doesn’t drive away or disillusion users?

GAZETTE: How much of the interest is a legitimate belief that there’s significant growth potential, and how much is driven by hype and/or a lack of competing IPOs?

LERNER: One of the things that we’ve seen change in the U.S. economy is while the dollar value of venture-backed IPOs seems to have gone up, the number of IPOs has gone down considerably. It’s become very much a winner-takes-all kind of market, which means to say that when you do have an attractive IPO, there’s a lot of hunger in terms of investors to get into it. I think the other thing that’s worth pointing out is that investors and IPOs, by and large, if you’re looking for purity of heart and long-run orientation, it’s probably the wrong place to look. By and large, there’s very considerable evidence that suggests that in IPOs, particularly when things go well, the bulk of the investors are trading out very quickly. You have enormous volume in the first couple of days as the shares are flipped from one person to another. But that process of going public often leads to institutions trying to monetize the short-run gains and move on to the next activity, whatever it is.

GAZETTE: Has Twitter convincingly explained how it intends to monetize the platform?

LERNER: That’s really the big question that many people have had. There’s clearly been a number of examples of social media companies that have been successful in terms of selling advertising, but clearly there are others that have found it much more challenging to figure out a way to monetize it. There are reasonable questions that you can ask, and ultimately this is why investing in venture-backed companies, why investing in young public companies, is so challenging. You have to make judgments based on very limited information and just intelligent inferences.

GAZETTE: What does Twitter need to do to overcome the uncertainty and skepticism following Facebook’s disappointing IPO in 2012?

LERNER: One of the things we do know about Wall Street is that memories tend to be very short. Bad experiences cast a pall, but it doesn’t last forever. One of the things we’ve seen has been a conservatism in pricing. Many people came to the conclusion [that] Facebook had been too aggressive in terms of the valuations that they had asked for, and that sort of came back to bite them. IPOs are a funny business in the sense that it’s almost like a little drama or a little play. What you want is there to be this imbalance versus supply and demand where you’ve got all these people clamoring to get in and it ends up leading to a nice increase in terms of shares on the first trading day. There’s been a lot of academic research as to why that is. It seems that dynamic where you get this positive, virtuous cycle of all this interest seems to have good repercussions. People refer to it as “partial adjustment phenomenon,” where often if there’s a lot of interest in terms of an IPO, they might raise the prices somewhat, but they won’t raise it all the way so they get a nice upward jump once it starts trading and that seems to set the company off on a good trajectory going forward.

GAZETTE: What are the biggest challenges a company faces leading up to an IPO and in the year following one?

LERNER: There’s been substantial literature that suggests that public companies face a whole set of challenges that private ones don’t. You begin with the issues around the fact that any way you look at it, the pressures of quarterly earnings are really substantial. Publicly traded companies … you’d think they’d be happier because they’ve done an IPO and raised a bunch of money, but they’re actually more cautious in terms of doing investment than their similar private counterparts. One of our colleagues at Harvard Business School, along with some people at NYU, have shown the behavior of people at public companies is much more constrained than that of privately held entities. Certainly, one of the big things is if you think about the typical private company, you’ve got a number of venture backers. The venture backers no doubt want to see the company go public and to profitably sell those shares, but they raise funds for 10-year periods and typically hold companies for five, six, seven years, so it’s a pretty substantial time frame that they’re operating under. In many cases, when you become public, the bulk of your holders are going to be hedge funds, mutual funds, and they’re often doing an enormous amount of trading in and out of companies. There’s much more emphasis in terms of saying not “What are you doing to build a company that’s going to be an industry leader and enormously profitable five years from now?” but “What are your numbers going to be next quarter because we’re going to be gone in four months from holding your shares?” That introduces a whole set of pressures, and companies often struggle to maintain that long-run orientation in what is undoubtedly a short-term world.

(This interview has been edited for length and clarity.)