The measure of a woman 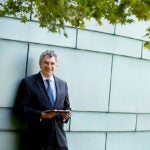 Wage equity. Affordable child care. Paid sick leave. Although these are contemporary problems, they are also issues that political leaders have been struggling to resolve for half a century, ever since President John F. Kennedy commissioned a landmark report on women.

Nancy Pelosi, Democratic leader of the House of Representatives, appeared at the Radcliffe Institute for Advanced Study at Harvard University on Thursday to mark the 50th anniversary of “The President’s Commission on the Status of Women” and to take measure of how far, and not so far, women have come since the report was published in October 1963.

“He probably never thought that 50 years from now, we’d be having this conversation. But we are,” Pelosi told the audience at the Knafel Center.

Kennedy had initiated an unprecedented effort by the federal government to review and assess how existing laws, practices, and policies limited women’s access to employment, to equal wages, and to their full rights under the law.

The commission, headed by Eleanor Roosevelt and including Mary Bunting, then-president of Radcliffe College, was also charged with determining whether changes were necessary, particularly for those who wanted to enter the workforce but needed assistance to do so.

The report called for significant reforms that presaged demands made by the emerging feminist movement, including a formal end to gender discrimination in hiring, access to paid maternity leave and universal child care for those who wanted to work, and an insistence that the courts fully recognize women’s civil and property rights under the 14th Amendment.

“Women should not be considered a marginal group to be employed periodically only to be denied opportunity to satisfy their own needs and aspirations when unemployment rises or a war ends,” Kennedy wrote in 1961, announcing the formation and goals of the commission. “Women have basic rights which should be respected and fostered as part of our nation’s commitment to human dignity, freedom, and democracy.”

In 1961 President John F. Kennedy established a presidential commission to examine and report on the status of American women. House Democratic Leader Nancy Pelosi reflects on the 50th anniversary of the presidential report and discusses how to involve more women in politics.

Pelosi said that while there have been many legislative efforts brought forward to address these problems over the years, progress has been far too slow.

“I’m really tired of incrementalism,” she said in an interview following the talk. “I think we have to kick open the door and just say, ‘We’re going to make our own environment.’ And our environment is one where women have access to quality affordable child care, paid sick leave — that their work is valued in the workplace. And if they want to be involved in the civic life of our community, money and the harshness of campaigns will not be an obstacle to them.”

When asked about how to increase the number of women leaders in the business and political worlds, Pelosi said that ultimately the issue is not so much about gender, but rather, hearing and seeing a broad range of viewpoints.

“It’s not that women are better than men in every respect,” she teased the crowd. “It’s just that the difference of opinion is really important. And it’s really important for young women to see other women at the table who have shared their experience, whether they’re a student, whether they’re a young working mom — that somebody who identifies with their experience, with their generation, with their gender, is at that table.”

Today’s climate of scorched-earth politics and shadowy campaign financing also affects the number of women who choose to go into public service.

“I do think that one of the obstacles to women participating is the lack of civility, as well as the role of money, in politics,” Pelosi said afterward. “Anyone you want to run for public office is someone who has options … professional, academically, family-wise. Why would they subject themselves to what happens when you run for office, which is you become a target. I can speak with some authority on that subject. And so, why would they do this?”

The daughter of a congressman and later the mayor of Baltimore, Pelosi saw politics up close from an early age, but said that for many years she never had any ambition to run for office, preferring instead to work behind the scenes on issues important to her while raising her five children.

“You’re there not just to do politics, you’re there for what you believe in,” Pelosi said. “And if you believe in something, you have a vision, an idea about something for the future, you know what you’re talking about, about your issues of concern. You have a plan on how to get it done. You will attract support, and you will make a difference.”

Pelosi was first elected to Congress in 1987 representing the 12th District in San Francisco, and was the first woman to serve as speaker of the House, from 2007 to 2011. She said that although conditions are still far from ideal, there have been positive changes in attitudes and opportunities for women in Washington.

“I can see a difference in the 26 years I have been in Congress. Once you get the gavel, it’s all different,” she said, chuckling. “It changes everything.”