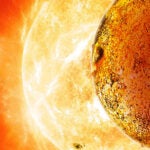 When Kathy Ku ’13 proposed to build a water-filter factory in Uganda for $15,000 last year, her contacts in other African countries advised her to double her budget.

Starting from scratch on a plot of land donated by Kumi University, in a country where 10 million people — a third of the population — lack access to clean water, Ku forged ahead. She and a team of Harvard College classmates rented a truck, negotiated an individual price for each building material (cement, wire mesh, and so on), and finished with $3,000 to spare.

“We didn’t know better, and we didn’t realize how difficult it would be,” Ku recalls. “But now we can construct a factory, apparently.”

When the factory needed a hydraulic press to increase its output of clay water filters, Ku asked around.

“They said, ‘There’s no way,’” she remembers. “Everyone said that in Uganda you couldn’t make them: You had to go to Kenya.”

Undeterred, and with help from the undergraduate teaching labs at the Harvard School of Engineering and Applied Sciences (SEAS), Ku bought a cheap hydraulic log splitter, dismantled it at her parents’ house in Illinois, and carried the components to Uganda in her suitcase. The scheme gave her a thorough introduction to Ugandan customs regulations — and solved the problem.

Driven by idealism yet grounded in solid engineering principles and cultural awareness, the project is anything but naïve. If all goes to plan, by next August Ku and her classmates will have created a fully functional and self-sustaining water-filter factory, employing 14 people and supplying clean water to households across Uganda at half the cost of imported filters.

Inspired by her early involvement with Harvard College Engineers Without Borders and her experience at a secondary school for Ugandan mothers in the summer of 2010, Ku enrolled in Harvard courses ranging from public health to technological innovation. As her interest in addressing the Ugandan water crisis grew, she recruited other students to help.

“I must have talked about it so much during dinner that somebody said, ‘Kathy, why don’t you just go for it?’ And before I knew it, I had a group of students who were interested in doing what I wanted to do.”

Suvai Gunasekaran ’13 (biomedical engineering), John Kye ’14 (economics), and more than a dozen other students joined the project, which they named “Sustainable Point-Of-Use Treatment and Storage (SPOUTS) of Water.” SPOUTS, now a registered nonprofit, has received support from across the University: the Committee on African Studies, Nectar and TECH at SEAS, and the Harvard President’s Challenge all contributed.

And Ku, who studied molecular and cellular biology as an undergraduate, is now a master’s student in engineering sciences at SEAS.

“No matter where you’re coming from, if you want to understand technology, if you want to make a positive impact in a technology-driven world, you belong in a SEAS classroom,” says SEAS Dean Cherry A. Murray. “This is ‘engineering for everyone.’”

Attracted by engaging courses and the real-world relevance of applied research, students are flocking to SEAS classrooms. Enrollment in SEAS courses and the number of SEAS concentrators have more than doubled since the School was established in 2007, filling lecture halls and laboratories to capacity — and posing new challenges for faculty and staff.

Enabling continued growth at SEAS is one of six top priorities of the Faculty of Arts and Sciences’ $2.5-billion Campaign for Arts and Sciences. SEAS aims to raise $450 million to increase the size of its world-class faculty; create modern instructional spaces for teaching, hands-on design, and laboratory research; invest in “innovation funds” for cutting-edge, high-impact research; and support talented students through graduate fellowships.

SEAS is a place where one student can improve the outcome of cancer chemotherapy. Another, tinkering in the small hours of the morning, can help a tiny robotic insect take flight. A third can use mathematics and physics to understand human development. And insights from all three, cross-pollinating in a hallway conversation, could make extraordinary contributions to the future of science.

“It is not unusual for the ideas developed in courses and labs to take on a life of their own after the end of the semester,” says Fawwaz Habbal, executive dean for education and research at SEAS. “We are fortunate to have outstanding students, and we are very pleased to work with them and mentor them in a process that adds value. Given the right inspiration, the right mentorship, and access to resources, they have what it takes to change the world.”

For example, while taking an engineering sciences course called “Idea Translation” a few years ago, Jessica Lin ’09, Jessica O. Matthews ’10, Julia Silverman ’10, and Hemali Thakkar ’11 imagined a soccer ball that could generate enough energy during play to charge a cellphone or power a light in parts of the world where electricity is unreliable. They kept working on the project after graduation, and by July of this year, President Obama was kicking around a functional Soccket ball during a visit to Tanzania. “I don’t want to get too technical,” the president said, “but I thought it was pretty cool.”

Indeed, SEAS faculty, students, and alumni are improving living conditions around the world. Whether designing medical devices in India, improving a water supply in the Dominican Republic, searching for land mines in Cambodia, recycling electronic waste in Ghana, examining carbon emissions in China, measuring pollution over the Amazon, or tracing the flow of mercury in the Arctic, the impact of their efforts has been profound.

For the students working in Uganda, making a difference means understanding how to build change from within a community. Chlorine tablets could be an effective way to sanitize water, but in Uganda no one would like the taste; instead, the Harvard project’s clay filters complement existing practices, where water is stored in terracotta pots to cool.

SPOUTS also hopes to encourage participation by selling filters to individual households. “It allows people to take ownership and almost view the filters as a social status,” Ku explains. “Once that mind-set gets rolling, it becomes a commodity that becomes worth investing in.”

The SPOUTS model is designed to be sustainable long after the students have moved on. Partnering with nongovernmental organizations as distributors, Ku and her classmates will require that income from filter sales be used to create jobs and finance local projects.

Eventually, when the filter factory no longer needs her, Ku hopes to attend medical school and then to move to rural Uganda as a physician. “I’m not a hardcore engineer, I’m not a hardcore biologist,” she says, “but I think it has allowed me to be a better leader.”