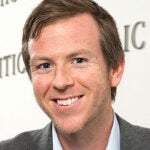 Business Review strategist suggests how to remake your professional life

In today’s world of LinkedIn, Facebook, and Twitter, shaping and managing the public perception of who you are and what you can do is critical, especially for those thinking of changing jobs or blazing a new professional path.

It’s what author and marketing consultant Dorie Clark calls defining your “personal brand.” Not being seen as someone with the necessary traits and skills to do a particular job — even if that view is outdated or inaccurate — makes it far less likely that you’ll be offered that job.

“Your brand is not what you think it is; it’s not what you wish your brand is. Your brand is what other people say it is,” Clark told a full house of Harvard alumni who gathered in Fong Auditorium to hear her discuss her new book, “Reinventing You: Define Your Brand, Imagine Your Future” which was published in April by Harvard Business Review Press. “And that’s why the starting point is figuring out what that is, and then taking action if it doesn’t mirror what you want it to be.”

Clark runs her own marketing strategy consulting firm in the Boston area, is a regular contributor to the Harvard Business Review and Forbes, a frequent speaker at Fortune 100 companies and universities, and an adjunct professor of business administration at Duke University’s Fuqua School of Business.

After graduating from Harvard Divinity School, she worked as a political journalist for the Boston Phoenix, as a spokeswoman for Robert Reich’s gubernatorial campaign, as U.S. secretary of labor under President Bill Clinton, as a professor at the Harvard Kennedy School, and as the New Hampshire spokeswoman for former Vermont Gov. Howard Dean’s presidential run in 2004.

Clark concedes that for some the term “personal branding” can sound overly strategic and off-putting.

“We can never perfectly control what other people think about us. … But you can stack the deck.”
— Dorie Clark

“What I think bothers people is the idea that somehow what we’re talking about is this phony packaging process where you put people through the car wash and make them appear desirable based on what society wants,” Clark told the alumni at last week’s talk. “And that is not what I’m talking about. In fact, it is actually the opposite of what I’m talking about.

By taking control of your public persona in key ways, she said, “You can make it far more likely that people will see who you really are, that people will understand and grasp your true leadership potential.”

For people who aren’t sure what their brand is, Clark recommended to the alumni that they assemble a small circle of close friends, family, and professional contacts and ask each to describe them in a few words, and to guess what that person would do for a living if they didn’t already know. What the circle says, and doesn’t say, will illuminate which skills and traits people most clearly recognize in you, which ones they don’t, and what you need to work on to change those perceptions.

“We can never perfectly control what other people think about us. We can never with 100 percent certainty say, ‘Oh, we’re going to make this happen, and you’ll think this about me.’ But you can stack the deck.” Among her suggestions:

Failing to develop a personal narrative is one of the most common mistakes people make when trying to reinvent their professional lives, Clark said.

“We all assume that our motives are clear to other people, that they know exactly why we’re moving from A to B,” she said. “But the truth is, they’re not paying that close attention to us. So unless we’re able to articulate very clearly why we’re doing what we’re doing and how our past skills and experiences lend value to this new enterprise or this new role we want to take on, other people probably are not getting it.

“Being able to make a narrative that is clear and crisp and will be understood by the masses is one of the best things you could do in terms of your own reinvention and your own branding in general.”