When bacteria fight back 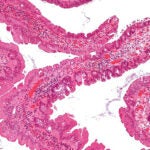 The U.S. Centers for Disease Control and Prevention (CDC) has issued a report about the growth of drug-resistant bacteria in this country, saying that each year more than 23,000 people die and 2 million are sickened by infections caused by resistant microbes.

To gain a better sense of the medical concerns involved, Gazette staff writer Alvin Powell spoke with Professor of Medicine David Hooper, a physician and chief of the Infection Control Unit at Harvard-affiliated Massachusetts General Hospital, a member of the Harvard-wide Program on Antibiotic Resistance, and an authority on drug-resistant bacteria.

GAZETTE: What did the Centers for Disease Control and Prevention do on this issue, and why?

HOOPER: The CDC has been concerned about antibiotic resistance for some time. They have undertaken a very systematic and broad-ranging look at the details of resistance and the magnitude of the problem, identifying cases that resulted in death due to the resistant organisms, something that has not been so cleanly defined in the past.

GAZETTE: Is there new science in this report, or is this really just a call to action?

HOOPER: The data are new in terms of the magnitude of the problem, defined in the careful way they did it. But none of these organisms is brand-new. We’ve known about them. We just haven’t known the numbers in quite so detailed a manner. It’s very helpful from a public health perspective that you know the magnitude of the problem. And yes, it’s a call to action as well.

GAZETTE: How did this problem of antibiotic resistance occur, and how bad is it?

HOOPER: We’ve been dealing with various types of resistance to antibiotics for many years, and, over time, an increasing number of bacterial types have developed resistance. In some cases, organisms have become multidrug resistant. One of the organisms identified as urgent [by the CDC], carbapenem-resistant bacteria, are in many cases resistant to most of the antibiotics we have, and in some cases all of the antibiotics we have. So the problem has been increasing over time and has been of concern to the CDC for some time. The CDC’s action helps to highlight the extent of the problem and give some priorities, categorizing organisms as urgent concern, serious concern, and concerning for the future, should they emerge.

GAZETTE: They identified three specific organisms as urgent threats. Do you agree with that assessment?

HOOPER: Yes. I do clinical infectious disease work, and we do see patients with these carbapenem-resistant bacteria. Fortunately, the numbers are relatively low at this point. They’re dangerous because they’re resistant to multiple drugs, and the carbapenem drugs are a class that in the past we have used as our fallback agent, for cases resistant to many other drugs. So now these strains are also resistant to carbapenems, so that’s why they’re listed as urgent.

The resistant gonococcus, which causes gonorrhea, is a public health concern because of the ability for sexually transmitted pathogens to spread. The drugs that have been used in the past have become progressively inactive as the organism has become resistant. Fluoroquinolones were previously used to treat a patient with gonorrhea, but resistance is high enough now that you can’t do that. Then, an oral, third-generation cephalosporin antibiotic was commonly used, but now a number of these organisms are resistant to that. So we’re at the edge. We have one principal antibiotic that can reliably treat the cause of gonorrhea. That’s obviously a concern, given the potential for spread of this organism.

GAZETTE: Are these three organisms on the verge of being untreatable?

HOOPER: Clostridium difficile can be treated. In many cases for carbapenem-resistant strains, we can use two other antibiotics, though in a few cases there are no antibiotics that are active. The gonorrhea-causing organism is currently still treatable with an antibiotic that has to be injected, but that’s the only one we have left to use reliably.

GAZETTE: How does an organism develop resistance?

HOOPER: Resistance generally emerges in the context of antibiotic use, because resistant organisms have an advantage over antibiotic-susceptible organisms and can multiply.

Bacteria can multiply as rapidly as every 20 minutes in optimum conditions, so they have a lot of opportunities to change their genetic makeup, either by mutation or acquiring resistance genes from other bacteria in the same environment. And there are genetic elements called plasmids that can transfer from one bacterium to another, and some of these plasmids have on them multiple genes for antibiotic resistance. So when the plasmid transfers, you don’t just get antibiotic resistance to one drug, you get resistance to multiple drugs.

All of these resistant organisms might be present in very small numbers, but when antibiotics are used, they then become much more prevalent and much more likely to spread from person to person, particularly in health care settings.

GAZETTE: If nothing is done, what is the worst case we’re looking at?

HOOPER: If nothing were done over time, these resistant organisms would probably increase in prevalence and extent. Complicating this problem is the fact that there have been relatively few new antibiotics developed by the pharmaceutical industry in recent years.

In the past, when resistance of one type or another emerged, pharmaceutical companies would come up with agents active against the resistant organisms. But today there are fewer companies involved in antibiotic development, so we have fewer new drugs coming down the pipeline that might deal with this resistance.

GAZETTE: From the public’s standpoint, where are they most likely to meet these bugs?

HOOPER: Two of the “urgent” organisms, carbapenem-resistant Enterobacteriaceae and Clostridium difficile, have been most often encountered in health care settings, either a hospital or long-term-care type of setting. The gonorrhea organism, being sexually transmitted, is related to sexual behavior and occurs in the community.

GAZETTE: What is the most important message the public should take from the report?

HOOPER: The most important message is that antibiotics are a valuable resource. They can save lives and treat serious bacterial infections, but they shouldn’t be used without good evidence that they’re going to cause benefits. Using them to treat acute bronchitis, for example, which is nearly always a viral infection, should not be the standard of practice. And for other types of infections that may be viral that are not helped by antibiotics, patients shouldn’t be asking physicians for antibiotic treatment. There are symptomatic treatments that can be used for many of these viral infections that are usually self–limited.

A good standard practice is hand hygiene: hand-washing or use of alcohol-based gels. In a hospital setting, we emphasize that to minimize transmission from patient to patient, and consider it a standard of good practice. In one’s daily life, the habit of hand-washing after going to the bathroom, hand-washing regularly after contact with other persons — though not in an obsessive way — can be useful in avoiding the spread of pathogens.

Another factor for the public is vaccination. Every year now, the CDC recommends everyone over 6 months of age without a medical contraindication get a flu vaccine. While influenza is a virus, influenza disease can be associated with secondary bacterial infections, so preventing influenza makes good sense. There is another vaccine that is aimed at the Streptococcus pneumoniae, the most common bacterial pneumonia pathogen, that’s recommended in general for patients over 65 who are at the highest risk, and for younger people who have other underlying diseases.

GAZETTE: Can you talk briefly about the work going on at Harvard in this area?

HOOPER: I’m most linked into Harvard Medical School, where my appointment is. But all of the Harvard-affiliated hospitals have programs for reducing transmission of pathogens in the hospital, policies and procedures shown to reduce the likelihood of any of these bugs spreading in a hospital setting. That work is standard and ongoing.

In terms of research, there is epidemiologic research in the hospitals about occurrences, risk factors, those sorts of things. At the basic [research] level, there’s a number of groups studying mechanisms of resistance, seeking to understand how these organisms adapt, how they acquired genes of resistance, and how those resistance genes may be transferred, modified, or regulated in their expression.

There is a program project grant, NIH-funded [National Institutes of Health], that looks at resistance in Staphylococcus aureus, particularly methicillin-resistant Staphylococcus aureus (MRSA) and vancomycin-resistant enterococci. Several labs are part of this multiproject grant that involves both understanding the mechanism of resistance but also trying to identify new compounds that are active against these highly resistant organisms.