Sharing a passion to make a difference 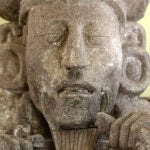 The Harvard Kennedy School (HKS) prides itself on developing tomorrow’s global leaders. But for the past 55 years, one program has been bringing current leaders from around the globe to share their experiences and learn from one another.

Since its inception in 1958, the Edward S. Mason Fellows Program has brought “demonstrated leaders from developing, newly industrialized and transitional economy countries” to the Kennedy School. This year’s 89 fellows are part of the Mid-Career Master in Public Administration degree program and will complete their master’s degree in one year.

“It is critical to have these leaders at HKS because it is an ever more interconnected world,” said Suzanne Shende, director of the program. “Countries’ economic, political, and social events all impact one another. Increasingly, strategies and solutions for the greatest crises we face are emerging from ‘developing’ countries, where Mason Fellows are at the forefront.”

Sharing those diverse experiences from multiple countries, Shende said, gives Mason Fellows and other HKS students a glimpse into policy in action, gleaning a better understanding of the variety of theories that can be called upon or combined to create successful policy outcomes amid the harshest conditions.

The Mason Fellowship will allow Luther Castillo, a medical doctor who established a community hospital in one of the poorest parts of Honduras, to take his work to the next level. The same is true for Mason Fellow Irfan Alam, who organized thousands of the estimated 10 million cycle rickshaw pullers in his native India.

“The Mason Fellows have contributed immensely toward the common good and helped to establish best practices throughout the world,” Alam said. “HKS teaches you how to stretch yourself, to think beyond what you have learned and new ways to use your skills. It gives you a different perspective altogether. It’s multilateral learning. Here, you find the world’s most celebrated resources under one roof.”

“You make alliances that you would never discover anywhere else,” Castillo added. “This program allows us to connect with a diverse group of people — faculty, students, and other fellows — who can help us with our struggle, help us grow stronger and move forward. [These] connections will last for the rest of our lives.”

While they hail from almost opposing points on the globe, Alam and Castillo are both well-versed in struggle, having witnessed extreme poverty in their own neighborhoods.

For Alam, mobilizing the cycle rickshaw pullers of his country was an opportunity to raise people out of poverty and empower them to provide for their families. The rickshaw pullers are a migrant population with little to no education. They often live without health care, bank access, or even shelter, yet they provide 30 percent of the transport across India. Alam’s Sammaan Foundation, a nongovernmental organization, allows the pullers to access credit through nationalized banks at a very low rate, trains them in paying into the country’s social security system, and helps them earn enough money to send their children to school.

“It’s high time to advocate for them, because there is no national policy or representation for this community,” said Alam, who was invited by President Obama to speak at the Global Entrepreneurship Summit in 2010. “There are 10 million pullers, and each has an average family of five — so they represent 50 to 60 million people who are absolutely marginalized, on the very edge of society. It’s about getting them more earnings, and more social recognition.”

While Alam was organizing rickshaw pullers in India, Castillo was helping the marginalized members of his community. Castillo galvanized the Garifuna — an Afro-indigenous minority living in remote areas of Honduras — to build and run their own alternative model of health care. The result was the First Garifuna Hospital of Honduras.

Living well beyond paved roads or electricity, Garifuna communities had little access to health care services. Before the hospital was built, those who needed hospital services were sometimes carried in hammocks to the nearest city, a trek that could take 10 to 12 hours. Even when the patient’s ailments were as simple as a respiratory illness, many could not survive the trauma of the trip.

“Seventy percent of the people in my country live in poverty,” said Castillo, himself a Garifuna. “What’s challenging is that, as things improve, you find even more things that must be improved — not only in the medical field, but in the concept of health as an integral concept and part of the community.”

Since the community built the hospital with their own hands in 2005, the two-story structure has treated more than 800,000 patients, charging nothing for medicine or services. The Garifuna manage the hospital themselves, distributing medicine, treating patients, and raising funds to keep it operational, and their success is now the model of national health care in the country. In 2013, Castillo was named the National Commissioner of Health Care in Honduras. (The Garifuna community’s efforts in building the hospital will be detailed in the documentary “Revolutionary Medicine.”)

“Like all HKS students, the Mason Fellows are extraordinarily accomplished,” Shende said. “But they are refreshingly willing to challenge their own preconceived notions, listen to opposing viewpoints, and look for common ground. I am constantly inspired by their commitment to change the world from all lines of work, whether they are in nonprofits or development banking. They share an unquenchable passion for making a difference.”