Hub away from home 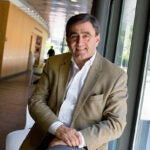 Who needed a stapler?

This is the fourth in a series of stories about Harvard’s engagement in Latin America.

SÃO PAULO, Brazil — At 6 feet 4 inches, Jason Dyett cuts an imposing figure as he navigates the chaos that is São Paulo traffic.

“We need to be a little bit careful, but also aggressive,” said Dyett, guiding visitors through a hectic crosswalk in Brazil’s largest city, population 11 million, toward the local office of Harvard’s David Rockefeller Center for Latin American Studies (DRCLAS), a regional hub that supports faculty and students in research, teaching, and learning throughout the country.

Dyett’s rush-hour calm also characterizes his approach on the job. With a mix of determination and diplomacy, Dyett, the office’s longtime program director, helps link Harvard faculty and students to resources and collaborators in Brazil, while simultaneously facilitating connections across Harvard.

“Harvard can help bring together different parts of Brazil,” he said. “At the same time, we have a big focus in terms of trying to bridge opportunities wherever possible at Harvard. We are a University-wide office, which creates tremendous opportunities because there are important overlaps that exist between and within different disciplines.”

In the late afternoon, Harvard students and staff gathered to discuss their work and research in the office’s conference room, a fusion of bright wood and windows on the 17th floor of a high-rise in the city’s downtown. Efforts in public health and early childhood development were among the topics, as was the importance of the opportunity to branch out beyond Cambridge. 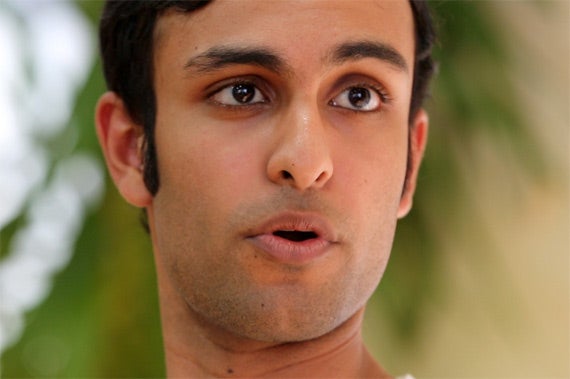 Harvard College senior Shahil Mehta is working at the University of São Paulo on prenatal nutrition.

The Brazil Studies Program at Harvard and the DRCLAS Brazil office, both established in 2006, together support a wide range of programs and student and faculty research in Cambridge and Brazil. Among their initiatives: annual collaborative field courses that unite students and faculty from Harvard and Brazil around issues in public health and environmental engineering, and ongoing research collaborations between the Harvard School of Public Health, the Universidade de São Paulo Medical School, the Santa Casa de São Paulo Medical School, and other institutions.

Harvard senior Shahil Mehta, an organismic and evolutionary biology concentrator on a pre-med track, described his work with a nutrition professor at the University of São Paulo, a mentor he connected with through the help of DRCLAS and a fellowship at the Harvard Global Health Institute (HGHI). Mehta and fellow senior Jenny Zhang spent the summer exploring how a lipid-based supplement could impact preterm birth rates in the Amazon.

As important as their work in the lab, they agreed, were their connections with Brazilian students, professors, and locals. During their two-month stay the undergraduates shadowed Brazilian medical students, becoming familiar with the practices and policies associated with the country’s health care system. They also witnessed a piece of history as hundreds of thousands of Brazilians flooded the streets in June to demand the government spend more money on education and health care, and less on the 2014 World Cup and the 2016 Olympics. 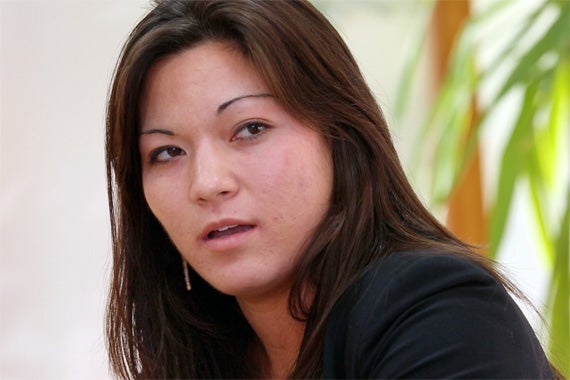 “It’s been really important to see the protests, the way health care is practiced here, to talk to students here to see … what their motivations are to go into health care,” said Mehta. “It puts my motivations … into a grander perspective. To be able to understand someone across the world, in an entirely different environment, with an entirely different medical philosophy — to see the similarities and differences helps me understand why I want to be a doctor.”

As afternoon faded to evening, the conversation in the conference room shifted to counsel. An alumnus of Harvard Kennedy School (HKS) and a lecturer at the Graduate School of Design (GSD) offered practical suggestions to two Brazilian scholars bound for Harvard this fall, including valuable advice about how best to connect with people, programs, and initiatives at the University.

Sam Downing, who received a master’s degree in public policy and urban planning from HKS and now works in the U.S. Consulate in São Paulo, encouraged businessman-turned-social activist Oded Grajew to scout out the School’s Roy and Lila Ash Center for Democratic Governance and Innovation. “That’s a great place to get started, and I think you have a lot of similar interests. … The Center for Business and Government would be another logical place.” He also urged Grajew to share his own intimate knowledge about Brazil with the Harvard community. 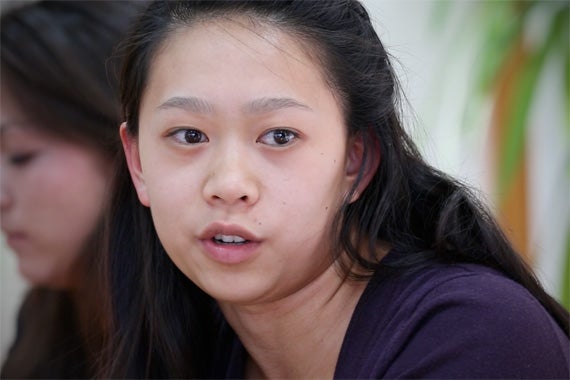 Harvard College senior Jenny Zhang is working at the University of São Paulo School of Public Health, studying the effects of lipid-based nutrient supplements on preterm birth rates in the Amazon.

“All of us in some way are trying to make the U.S. understanding of Brazil more nuanced, and I would encourage you to do that and seek out opportunities to talk about what’s going on here.”

Gareth Doherty, a GSD lecturer studying Brazilian favelas for the summer, provided some advice on time management. Visiting scholars he’s known, he said, have  “realized that if they went to every lecture and every event that interested them, that it actually becomes more than a full-time job. … Make sure you have time for yourself, to carve out that space.”

Along with making introductions, Dyett and his team have developed a hyperconnected virtual world. Past a wall filled with photographs of students and faculty who have worked in the office, and a picture of Harvard President Drew Faust from her visit to São Paulo in 2011, sits Dyett’s desk. There he proudly displayed the product of several years of work: a comprehensive database that resembles a 6 degrees of separation computer game. 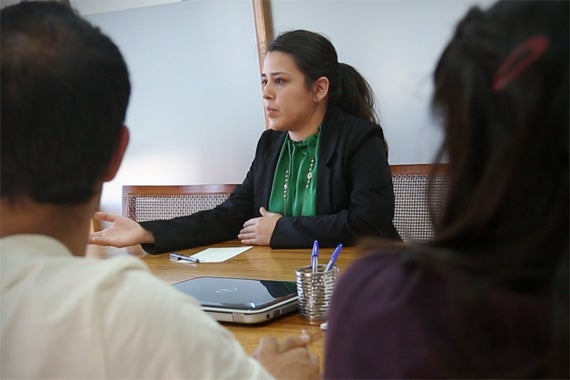 Names, pictures, and biographical and contact information flashed on his screen. With the tap of a button, a small subset of the thousands of the Brazilian and Harvard contacts in his system appeared, arranged in a circle and connected by interests and fields of study.

“This is everything we have done since 2006, by categories and disciplines which map to Harvard,” said Dyett of the database, compiled by a group of local programmers who worked part time in the office and now run their own startups in Brazil. “It’s customized for what we need.”