Harvard’s gates, on the screen 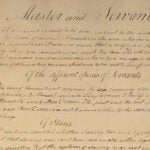 Its 75th anniversary is approaching next month, but the Nieman Foundation for Journalism at Harvard is looking ahead as well as back.

It has just published its first complete e-book, a reading format that reflects journalism’s new horizons.

“Now that we have done this, it would be very hard to go back” and not publish e-books, said Nieman curator Ann Marie Lipinski. “I can absolutely imagine further iterations.”

The e-book, available through iTunes, was assembled, edited, and co-written by Pulitzer Prize-winning arts journalist Blair Kamin, a 2013 Nieman Fellow who is now back at his day job as architecture critic at The Chicago Tribune. His co-writers included six Harvard undergraduates, two graduate students, a non-matriculating participant from Boston, and Nieman Fellow Jeneen Interlandi.

The e-book underscores “Nieman’s desire to share the fruits of our fellowships with a broader public audience,” Lipinski said in an email. “Our fellows undertake extraordinary inquiries each year, and in this way we can have significantly more impact than we’ve traditionally had with an annual class of about two dozen journalists.”

This is actually the second publication of a fellow’s project in e-reader format — some Nieman Lab content preceded it — but the first fully designed e-book.

(In the fall of 2012, the Nieman Reports cover story, “Breaking News” was available in formats for Kindle, iBook, and similar readers. Appropriately enough, the piece by David Skok, James Allworth, and Clayton Christensen was on how to apply “disruptive innovation” techniques to the media industry.)

James Geary, deputy curator at the Nieman, came up with the idea of the e-book and directed the project.

'The Gates of Harvard Yard'

“The Gates of Harvard Yard” has a simple backstory: Architecture critic arrives at Harvard, gives a fall tour of the Yard, co-teaches a Wintersession course on the gates, oversees a class website, and as winter ends and spring arrives, works on transforming the class teachings into a book.

There are more than 130 contemporary photos, several vintage views of the gates, a section on original blueprints, a glossary of architectural terms (from “arch” to “volute”), and, at the heart of things, 24 historical and prescriptive essays covering the 25 gates.

Seven gates have been locked for decades. The e-book makes the case for unlocking three of them, at least during daylight hours: the Class of 1870 Gate (at Holden Chapel), the Class of 1881 Gate (at Phillips Brooks House), and the Bacon Gate from the Class of 1880 (in the southeast corner of the Yard). This would, said Kamin, “enliven the common spaces of the Yard.”

The e-book says that many of the aging portals could use some repair. In late June, Kamin was walking past the Class of 1870 Gate when he noticed that a decorative wrought-iron leaf had fallen off. He turned it over to a University official.

Co-teaching the January course were Interlandi, an authority on long-form narrative journalism, and 2013 Nieman Fellow Finbarr O’Reilly, a Reuters photographer based in Africa. The Wintersession students were required to photograph their assigned gates, two each, so O’Reilly offered a crash course in observation, composition, and cellphone photography.

In the end, Kamin took all of the still photographs for the e-book, mostly with a point-and-shoot. The results are rich and stunning, showing that taking good photos is about the photographer, not about the gear. “Taking pictures, you notice more things,” he said. “It forces you to compose. It forces you to see the underlying geometry of an architectural work.”

Kamin and Nieman Foundation graphic designer Barbara McCarthy chose the iPad format for its aesthetic potential and versatility. The e-book has an interactive glossary, clickable photos that give readers 360-degree views of most of the gates, and photos that expand in size when touched. (McCarthy shot the iPhone panoramas.) “None of that would have been possible in a standard Kindle format,” said Kamin in a later email. “The book, in other words, reflects the Nieman Foundation’s identity as a journalism laboratory, one where the most state-of-the-art forms of the craft are hatched.”

Kamin will introduce the e-book during a sold-out event at the Cliff Dwellers club for the Harvard Club of Chicago. Citizens of the Windy City are serious about their architecture, and may be impressed that Chicago businessman Samuel Johnston, Class of 1855, bequeathed funds for the first of the Yard’s modern portals. Johnston Gate was completed in 1889. Its Georgian Revival design gave the architecturally eclectic Yard its first aesthetic coherence, and set the tone for all the gates — and many Harvard buildings — to follow.

Famed 19th century architect Charles F. McKim, a Harvard dropout, designed Johnston Gate and kept the project on track despite rising costs and occasional sniping from critics. The gate cost more than $250,000 in today’s dollars, and went over budget, in part because of expensive wrought-iron decorations and fencing. Then there were the more philosophical detractors, who complained that such a gate violated the modest design ethic of Harvard’s Puritan origins. Before 1889, for centuries, the same area had been delineated by a simple, low wooden fence.

When the Johnston Gate was being built, Harvard was on the eve of a revolution in style that would anchor its image for the next century. University authorities began to waver in the face of criticism over that first formal gate.

“I feel that it is no time to be timid,” wrote McKim to nervous Harvard officials in a typed letter. In pen, he added: “Believe me.”