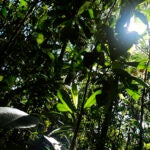 Owen explains how unrest rolled out, and where it may lead

The tension and unrest that arose in Egypt last month after the army ousted democratically elected President Mohamed Morsi exploded this week, with hundreds of people killed as security forces broke up camps of protesters demanding Morsi’s return.

The widening violence raised questions about the democratic future of a key American ally and an important partner in Middle East peace efforts, and also cast a shadow over the durability of changes wrought in the 2011 Arab Spring uprisings.

To better understand what’s going on in Egypt, Gazette staff writer Alvin Powell spoke with Harvard’s E. Roger Owen, A. J. Meyer Professor of Middle East History Emeritus, about the fighting and about what Egypt’s future might hold.

GAZETTE: What is at the roots of the clashes going on in Egypt today?

OWEN: Well, I think there are two roots. One is a very long antipathy — or fight to the death — between the army and the Muslim Brothers. Most of the time since the [Gamal Abdel] Nasser revolution of 1952, the army has been involved in putting Muslim Brothers in jail. So there’s no love lost between them.

But the other thing is that in any popular revolution in the Arab world at this moment, when you get to elections and constitutions and elections to the Constituent Assembly, the first elections are almost bound to be won by the religious parties, who will then be emboldened to use the constitution to try and shape Egyptian society in ways that they want, but which are resisted by other Egyptians.

GAZETTE: Who are the major players involved?

OWEN: The army, or an army-backed regime, which would be any of the modern presidents of Egypt — so Gamal Abdel Nasser, Anwar Sadat, Hosni Mubarak, and now General [Abdul Fattah al-] Sisi. And the Brothers are a rather loose organization associated with mosques and so on, but under a supreme guide.

GAZETTE: And the deposed president, Mohamed Morsi? Can we call him deposed?

OWEN: The Americans refuse to call it a coup. But it was a coup, in which he was clearly deposed and arrested, and nobody quite knows where he is.

GAZETTE: What’s your sense as to the likelihood the violence will abate, continue, or worsen?

OWEN: I think it will go on. I think the Muslim Brothers are fighting for their lives. They had their moment, and they feel they’ve been unjustly deprived of the fruits of their victory. They’re opening up other fronts already, one of which is attacks on government buildings. Another, unfortunately, is attacks on Christian churches. And a third is, no doubt, a lot of activity in places not under government control, like the Sinai Peninsula or along Egypt’s southern borders.

GAZETTE: Was this confrontation inevitable once the army acted to remove Morsi?

OWEN: Probably at that stage, but there were plenty of people like [U.S. Sen.] John McCain who felt that the Americans had a great deal of influence over the Egyptian army. They knew these guys very well and provided Egypt with so much military support. I think the significant change is that Sisi was able to use the American intervention to mobilize a kind of Egyptian nationalism or patriotism to say, for once, that we’re not going to be told what to do by the Americans. We will do what we think is in our interest and the country’s interest.

GAZETTE: Does this action put the U.S. in a difficult position?

OWEN: It does, yes. It shouldn’t, but it does. What happened right at the beginning of the spring was that the American administration, President Obama and the Department of Defense, told the generals not to fire on the demonstrators in Tahrir Square 2½ years ago, in January 2011, and they were obeyed. If it hadn’t been for that, this might have happened then.

But this time, Sisi has decided to call the Americans’ bluff. Though the $1.3 billion or $1.5 billion in military aid seems a great deal, it consists of F-16s and Abrams tanks, which the Egyptians can’t use, most of which are in crates. Lots of them aren’t even in Egypt. It’s the prestige of getting weapons from the U.S., but it’s not anything that they can use. The only point of having them is that one day, notionally, they might want to attack Israel or defend themselves against Israel. But nobody in their right mind believes that that’s about to happen.

GAZETTE: Can you address the difficulty to the U.S. — after having an Islamist president, democratically elected — in this situation?

OWEN: I think the Americans did their best. There is one argument that in a Muslim country, with political Islam, it’s better that it be represented in the political process — properly, as it were, in an inclusive way — than be excluded. It sounds like the American ambassador, Anne Patterson, was pursuing that in association with the Obama administration. They realized there was no point worrying about an “Islamic tide,” because the religious parties are so much better organized that if you want democracy, you also have to have religion, as you do in Tunisia.

They made sure by sending messages to Morsi not to do anything like attack Israel or help the Palestinians in the Gaza Strip, and in fact he went out of his way to show he wasn’t going to do anything like that. So he was regarded as something like safe by the Obama administration. And so this coup is very upsetting to them that their efforts to encourage democracy in the Middle East have been defeated in this way.

GAZETTE: Is there a danger that, whatever future administration comes to power in Egypt, it will be viewed as illegitimate no matter what?

OWEN: I think the business of creating a new political order is very difficult. The Arab revolutions of 2011 were big, world revolutions like the French of the late 18th century. You have a revolutionary process in which you destroy one political order and you move to another. So you can look at what’s going on at the moment in two ways. Either you haven’t destroyed the old order at all — the old order has come back, in which case you have to start all over to destroy it — or this is just part of a messy process of accommodation that still has a long way to run until you get a new legitimate order.

GAZETTE: Do you come down on one side or another?

OWEN: No, what I realize more is what a messy business republican government is. Sovereignty belongs to the people, and the people in a revolution are all over the place jumping around. You want the people to go home [after the fighting] but also to vote for a legitimate — and vote to legitimize — the new order. In this particular case, the people voted, certain people didn’t like the way the people voted, and so you’re bound to have a period of confusion.

GAZETTE: Was there a precipitating act that led to Morsi being removed, or has this been coming since the election?

OWEN: Most people point to something that happened in a presidential decree in November last year. If you look at the public opinion polls, he had a great deal of support, and then suddenly he didn’t. I think probably significant parts of Egyptian society felt threatened by the fact that the Muslim Brothers were involved, increasingly, in government. I think this business of having Muslim Brother provincial governors was one of the reasons why the army finally intervened. It seemed like they [the Brothers] weren’t just part of the government, but they were taking over the whole government.

GAZETTE: Was that the November decree?

GAZETTE: And did that install people from the Muslim Brothers to head the provinces?

OWEN: It led to or encouraged more Muslim Brothers to move into government. The system embraced initially by the Muslim Brothers was supposed to be parliamentary, [under] which, if you follow the English model, the president should be like the queen, and the prime minister should be in charge. What I don’t understand is how the president emerged as strong — or nearly as strong — as his predecessor, Mubarak. And the one thing those in the middle of the Egyptian political spectrum do not want is another strong president like Mubarak. The whole point of this thing was to get rid of a strong president.

GAZETTE: What does this tell us about the Arab Spring uprisings?

OWEN: I think it’s that the business of establishing a democratic system after a revolution in countries that don’t have a tradition of a system with built-in checks and balances or a built-in tradition of political accommodation is extremely difficult and has failed for the time being in Egypt — but not necessarily in Libya, not necessarily in Tunisia.

OWEN: No, it doesn’t [invalidate what happened]. I would see the Arab Spring as a revolutionary process, which still has some way to go. I think the big question is: Can you go back? I think there are now some people in Egypt who think you can. You may not want to go back, but it has gone back. My own argument is you actually can’t go back to the old system. You can have a version of the old system, but a very unstable one, because a significant part of the people have been mobilized.

GAZETTE: And you can’t take that away from them?

OWEN: They’re fighting not to allow you to do it. And you have doughty opponents in the Muslim Brothers, because they’re willing to risk death, it seems.