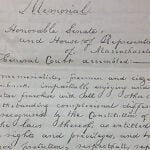 Meanwhile, the number of American bachelor’s degrees in disciplines such as language, history, and the classics has been declining for decades — from 14 percent in 1966 to 7 percent in 2010. At Harvard College, the trend is the same, though less steep: 17 percent of students are humanities concentrators today, down from 21 percent about a decade ago.

Interest in humanities degrees is declining according to other measures, too. For instance, the number of incoming freshmen at Harvard who say they will concentrate in the humanities drops 57 percent by the end of their third semester.

Against this backdrop, and a few weeks before Harvard releases a report on the state of the humanities, a panel of experts met Tuesday in front of a capacity crowd at Radcliffe Gymnasium. “The Humanities and the Future of the University,” convened by the Mahindra Humanities Center and funded by the Office of the President, explored ways of reviving interest in the reflexive and analytical disciplines that make up humanistic study.

Moderator Homi K. Bhabha, director of the Mahindra Center, said he prefers the word “future” rather than “fate” when talking about the humanities. “Yet, the crisis is real,” he added, “and it is global.” Funding for the humanities in the United Kingdom is less than that for the National Health Service’s IT initiative. As for his native India, Bhabha quoted two intellectuals who encountered demoralized students and feelings of “insecurity, anguish, and helplessness” in a recent tour of humanities programs.

But Bhabha and others on the panel found an irony in the decline of support for the humanities: their greater-than-ever relevance — for habits of critical thinking, interpretation, and analysis that are in turn gateways to ethical choice. Said Dean of Arts and Humanities Diana Sorensen: “They are good for training citizens who need to understand our complex world before plunging into action.”

The world’s burning questions require a humanistic perspective, said Lawrence S. Bacow, president emeritus of Tufts University and a member of the Harvard Corporation. Both the deficit debate and climate change raise ethical questions about what we owe future generations, he said, and current wars are largely conflicts over the direction modernity should take. “We lose as institutions,” said Bacow, “when we fail to engage our colleagues in the humanities.”

The humanities are valuable in civic discourse, agreed Stefan Collini, a literature professor at Cambridge University and author of “What are Universities For?” (2012). But he cautioned against using abstractions when formulating a “logic of justification” for courses about great books, art, and history. Abstractions don’t play well with the diverse audiences that have to be won over, including skeptical taxpayers and politicians. He also argued that casting the humanities as the one reliable pathway to ethical behavior is “awkwardly vulnerable to counterexamples.” Better to emphasize the “intellectual and cognitive achievement” possible though the humanities, he said, along with the modes of inquiry it shares with other disciplines.

Collini encouraged a wider perspective. Worry over the humanities, he said, is a “placeholder for anxieties” about the fate of universities at large, whose traditional role — creating knowledge for the sake of knowledge — is increasingly under fire in a utilitarian world.

In answer, “universities must think globally,” said Sheldon Pollock, a South Asian studies scholar at Columbia University. “Our fates are deeply entwined with the fates of our colleagues around the world.”

Thinking globally includes arguing for the efficacy of studying the far past — “the first 4,500 years of human consciousness” — said Pollock, a philologist. But such scholarship, engaged with cultures not only non-modern but also non-Western, is particularly vulnerable to present-day trends, he said.

Technology will not save threatened forms of scholarship, said Pollock, who called the emergent digital humanities “simply tools and technologies, not arguments and ideas.” Even open online courses are a concern, he said. They memorialize the lecture, a form of teaching that goes back to the 12th century, and they could homogenize and simplify the humanities, taking them out of their own regions and cultures and surrendering them to central learning conglomerates based in the West.

Pollock, the panel’s chief radical voice for reviving the humanities, also identified what might be the core problem for traditional disciplines: In a world now so focused on solving problems, it is the business of the humanities to make problems, by asking ontological and even existential questions. The result, he said, is that in the universities of today, “humanists are typically pushed right to the margins.”

Helping push them is “public discontent” said panelist Lynn A. Hunt, a professor of European history at the University of California, Los Angeles. Among the discontented are lawmakers wary of a mode of learning that doesn’t seem utilitarian, and families frustrated by rising student debt.

She also supplied data, including numbers on how women are shifting from education and the humanities to science and business, and how minorities — “the other big new group at the university,” said Hunt — are more inclined to study the social sciences.

Overall though, Sorensen opted for “a note of deep optimism” based on the last 18 months of directing the Humanities Project. By mid-May, the resulting report will outline concrete action plans. Among the goals: attract undergraduates to the humanities in the first three semesters and inspire a culture of faculty collaboration. “Crossroads courses” will open dialogues with other faculties, said Sorensen, including medicine. (Half of those admitted to medical school, she added, have undergraduate degrees in the humanities.)

On a similar note, Bacow said that there is already a great hope in place for the humanities: stories of those who study humanities, then go out into fields that may seem disparate. One Tufts alumnus studied English and went on to oversee Pfizer Inc. A Tufts alumna went on to be a senior manager at IBM. Her undergraduate major? Dance.

But Bacow also cautioned that universities in the future will have to do more with less. Research funding, even for the sciences, will decline. “This is a challenge for all of us,” he said, though “the humanities feel particularly under assault right now.” As the cost of education rises, along with the cost of research, expect “a much more instrumental view” of what higher education should do, said Bacow. “This is the world we live in.”