Light along a jagged border 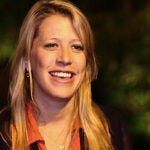 Harvard researchers have combined new technology with old to better understand conditions in the war-torn border region between Sudan and South Sudan. It is thought that civilians have been targeted by armed forces in the area, which is closed to outside media and international observers.

In a report released Tuesday by the Harvard Humanitarian Initiative’s Signal Program on Human Security and Technology, researchers combined satellite images with thousands of publicly available reports, including soldier accounts posted on the Internet — YouTube videos in which they talked about their exploits — for more insight on fighting that took place in 2011 and 2012.

“You’re talking about basically an area closed off to the outside world,” said Brittany Card, the Signal Program’s coordinator of data analysis and a lead author of the report. “It’s a sad reality that conflicts like that are occurring all over the world.”

The report identified specific military units involved in certain engagements and indicated that the destruction of civilian homes — more than 2,000 — was greater than earlier believed. It also corroborated the destruction of the headquarters of four humanitarian organizations that had been operating in the area.

Written by Card and Ziad Al Achkar, a Signal Program analyst, with the help of interns Jody Heck, a Harvard junior, and Sam Plasmati from Tufts University, the report also shows what’s possible when modern satellite imagery is combined with new reservoirs of information available online, providing a “proof-of-concept” that could help future researchers get a fuller grasp on other conflicts in closed areas.

“This study provides previously unavailable information about the conflict in Sudan, while also demonstrating how humanitarian actors can see other, future disasters in new ways,” said HHI Director Michael VanRooyen, professor of medicine and of global health and population and an emergency physician at Harvard-affiliated Brigham and Women’s Hospital.

The report, “Sudan: Anatomy of a Conflict,” looks at the volatile border region in the months after the January 2011 referendum that created South Sudan. Though the Sudanese government has officially accepted the referendum’s results, the actual location of the border remains disputed and fighting has continued among multiple armed groups. Roughly a million people have been displaced.

“It was really a critical moment in the history of South Sudan,” Card said.

The YouTube videos — shot by a Sudanese army public relations team — were particularly useful, the authors said, as were tweets and other posts from the soldiers themselves. Al Achkar, who viewed and translated the videos from Arabic, said it’s clear that the soldiers feel like they’re defending their country or tribe, rather than possibly breaking international law.

“They don’t see it as potentially criminal behavior, they see it as fighting for their nation or tribal group,” Al Achkar said.

By filling in blanks, the report’s methodology could change how conflicts in closed areas are monitored and provide humanitarian organizations with an important tool, Card said. The findings could also be useful should international criminal courts be convened over human rights violations in the region, as well as to policy makers from organizations negotiating with the governments or groups involved.

In their analysis of fighting around the border town of Abyei, researchers realized that many more homes had been burned down than originally estimated, because the images showed that the fighting affected not just Abyei, which was razed, but numerous outlying towns.

Researchers may also have shed light on extra-judicial killings in the Sudanese town of Kadugli in 2011. The report showed that cars similar to those used by the killers — white Toyota Land Cruisers — were seen at state police headquarters in Kadugli in June 2011.

“When you gather all this information here in Cambridge and add satellite imagery, we’re seeing how much we know about a non-permissive conflict zone,” said Benjamin Davies, deputy director of the Signal Program. “What we found out is that you can learn quite a lot.”