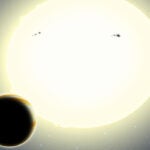 The breakthrough technique that allowed scientists to obtain one-of-a-kind, colorful images of the myriad connections in the brain and nervous system is about to get a significant upgrade.

A group of Harvard researchers, led by Joshua Sanes, the Jeff C. Tarr Professor of Molecular and Cellular Biology and Paul J. Finnegan Family Director, Center for Brain Science, and Jeff Lichtman, the Jeremy R. Knowles Professor of Molecular and Cellular Biology and Santíago Ramón y Cajal Professor of Arts and Sciences, has made a host of technical improvements in the “Brainbow” imaging technique. Their work is described in a May 5 paper in Nature Methods.

First described in 2007, the system combines three fluorescent proteins — one red, one blue, and one green — to label different cells with as many as 90 colors. By studying the resulting images, researchers were able to begin to understand how the millions of neurons in the brain are connected.

“‘Brainbow’ generated beautiful images of a kind we had never been able to obtain before, but it was difficult in some ways,” said Sanes, who also serves as director of the Center for Brain Science.

“These modifications aim to overcome some of the more problematic features of the original genetic constructs,” Lichtman said. “Lead author Dawen Cai, a research associate in our labs, worked hard and creatively to find ways to make the ‘Brainbow’ colors brighter, more variable, and useable in situations where the original gene constructs were hard to implement. Our first look at these animals suggests that these improvements are fantastic.”

Among the challenges faced by researchers using the original method, Sanes said, was the chance that certain colored proteins would bleach out faster than others.

“If one color bleaches faster than the others, you start with a ‘Brainbow,’ but by the time you’re done imaging, you might just have a ‘blue-bow,’ because the red and yellow bleach too fast,” he said.

Sanes said that some colors also were too dim, causing problems in the imaging process, while in other cases the protein didn’t fill the whole neuron evenly enough, or there was an overabundance of a certain color in an image.

“What we decided to do was to make the next generation of ‘Brainbow,’” Sanes said. “We systematically set out to look at these problems. We looked at a whole range of fluorescent proteins to find the ones that were brightest and wouldn’t bleach as much, and we developed new transgenic methods to avoid the predominance of a particular color.”

The advantage of the new technique, Sanes said, is it offers researchers the chance to target certain parts of the brain and better understand how neurons radiate out to connect with other brain regions. Ultimately, he said, he hopes that other researchers are able to apply the techniques outlined in the paper in the same way that they expanded on the first “Brainbow” method.

“People adapted the method to study a number of interesting questions in other tissues to examine cellular relationships and cell lineages in kidney and skin cells,” he said. “It was also used to examine the nervous system in animals like zebrafish and C. elegans. With these new tools, I think we’ve taken the next step.”