Reflections on week of terror 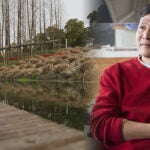 Security, media, spiritual leaders discuss what worked, and what didn’t, in aftermath of bombings

Minutes before 3 p.m. on Marathon Monday, as thousands of relatives, friends, and well-wishers cheered on runners nearing the Boylston Street finish line, Boston suddenly changed.  An explosion interrupted the city’s annual rite of spring, blasting nails and ball bearings into the crowd. Moments later, a second bomb went off just 600 feet away.

Despite the heroic efforts of first responders, three people would die: 8-year-old Martin Richard; 23-year-old Lu Lingzi, a Boston University graduate student; and 29-year-old Krystle Campbell, who had close Harvard connections. At least 264 others were injured.

With the region in shock and in mourning, law enforcement authorities began an intensive search for the perpetrators. Within days, they released photos of the men suspected of the bombings; on the night of April 18, the suspects went on the run, allegedly carjacking one man and assassinating another, MIT police officer Sean Collier, as he sat in his cruiser. By early the next morning 26-year-old Tamerlan Tsarnaev was dead, run down by his brother after a shootout with police; that evening, after a massive manhunt that shut down the Greater Boston area, 19-year-old Dzhokhar Tsarnaev was taken into custody.

Boston Police Department Commissioner Edward Davis said that throughout the investigation, “the investments made in preparedness since 9/11 paid off” in the high level of coordination between federal, state, and local law enforcement agencies.

“All the training we do to prepare for this type of incident has forced us to think about the unthinkable,” he said.

Kurt N. Schwartz, director of the Massachusetts Emergency Management Agency, agreed: “We did a tabletop exercise before the marathon, which included a bombing in it,” he said.

Davis said the decision to lock down the area was made early on April 19 after the firefight with the suspects.

“There were five or six of us jammed into what’s basically a house trailer,” Davis said. After calls to Boston Mayor Thomas M. Menino and Massachusetts Gov. Deval Patrick, “there was a conversation among all the principals; we determined a course of action,” he said.

“There were at times disagreements, but we always reached a consensus decision,” Schwartz said. He called the cooperation between public safety and political leaders “a big success.”

The role of media

The forum panel included two media professionals, WBZ-TV news anchor and Juliette Kayyem, a lecturer in public policy at HKS, Boston Globe columnist, and on-air analyst for CNN. Wade described how he received a call Thursday night from his producer, who told him, “We need you to go right there, now.” Wade drew laughter when he admitted that traveling to a dangerous shootout scene “didn’t seem like a good idea,” but said it was his responsibility “to paint a picture of what it’s like to be there for the viewer … and not get in the way” of law enforcement.

“I had no shame in saying what I didn’t know, which is far better than embellishing,” he said.

Kayyem, who from 2009-10 was assistant secretary for intergovernmental affairs for the Department of Homeland Security, cited two big media mistakes: CNN’s announcement that a suspect had been captured on April 17, and the “misidentification” of a suspect online. Kayyem said that on CNN or in the Globe, she tries “to give some perspective to people not familiar with public safety … I ask myself, ‘What would my mom want to know right now?’ ”

Davis said the involvement of social media had an upside and downside in last week’s events.

“The primary reason we used [social media] was to correct information” that was wrong or misleading, he said. “This is all new. People who go on Twitter and Facebook quickly understand that some things need to be taken with a grain of salt.”

Davis himself used Twitter to give updates on the manhunt; he also tweeted a high-quality photograph of “the white-hat suspect” taken by a convenience store surveillance camera, and broadcast the image to police and the public “in three mouse clicks.”

Panelist David N. Hempton, dean of Harvard Divinity School (HDS), knows about terrorist bombings, having lived in Northern Ireland during a long period of sectarian violence. “During one Friday in Belfast in 1972,” Hempton noted, “there were 22 bombs in 72 minutes.” Day to day, he said, “You never knew if there’d be a bomb in a pub or restaurant”; the violence had to be taken for granted.

“You began to plot and plan your day” accordingly, he said.

Hempton does not believe Boston will become like Belfast, a city deeply divided along sectarian lines with a history of reprisal violence. After the marathon bombing, “the coming together of the city was particularly moving.”

“To feel that sense of community togetherness is a wonderful thing,” Hempton said.

“We don’t want to change our way of life,” Davis agreed. He said the bombers failed to weaken the city, but going forward, “we need to work together, citizens and police alike” to meet the evolving threat.

From the audience, Jamie Bergstein, who works in the HKS admissions office, offered emotional thanks to Davis and the police for their hard work. Wearing a blue-and-yellow Boston Marathon jacket, Bergstein said she had run in the race but was forced to stop at mile 24 after the bombs exploded. She described the day as “the scariest of my life,” but added, “The support of the Boston Police Department and other police departments and the first responders was amazing. They gave me hope and gave everyone hope. So from the bottom of my heart, thank you so much.”

She stopped, as tears welled up, and Davis got out of his chair and hugged her. It was this wordlessly heartfelt moment that ended the forum.