A path out of violence 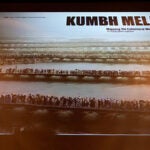 Diplomats see gains in Afghanistan as first steps toward stability

Facing the drawdown of U.S. forces and the run-up to next year’s presidential election, Afghanistan has reached a critical moment in its troubled history.

Despite ongoing violence, mostly connected to the Taliban, there are reasons to be optimistic that the country can make a peaceful political and security transition by 2014, Afghan diplomat Salahuddin Rabbani said Thursday in a conversation that kicked off a Kennedy School conference on Afghanistan’s future.

“We are under no illusions that this will be easy, but substantial gains have been made,” said Rabbani, his country’s ambassador to Turkey and chairman of the Afghan High Peace Council, the group charged with negotiating with the Taliban. “The Afghan national security forces have been increasingly taking responsibility for security within the country, we’ve have had two relatively peaceful elections, and citizens have better access to public services than any time in recent history.”

Rabbani was joined at the event by James Warlick, the U.S. deputy special representative for Afghanistan and Pakistan, and the lead negotiator tasked with ironing out a postwar troop agreement in Afghanistan.

“Whether it’s in education, judiciary, youth, women — what we’re seeing is a new Afghanistan emerging after 30 years of turbulence,” Warlick said.

Like Rabbani, Warlick knows that securing an enduring peace in Afghanistan will be a serious challenge, but he sees a way forward, a “guiding path that we believe will lead to security, stability, and, we hope, a lasting peace.”

He pointed to a speech President Obama delivered last May at Bagram Air Base in Afghanistan as laying out the blueprint.

First, Warlick said, Afghans need to be able to stand on their own, and increasingly are doing so. With the United States set to withdraw 34,000 troops over the next year, reducing its presence in Afghanistan by half, Afghan security forces have grown to 352,000 strong and are experiencing more casualties than the International Security Assistance Forces, the NATO-led mission in Afghanistan.

“Next, it’s important for Afghanistan to create strong institutions in government, in civil society, and certainly for the security forces,” Warlick said. The plan for U.S. involvement after 2014 is to train, advise, and assist, while the Afghans lead, he said.

Regional cooperation is a necessity. “Afghanistan lives in a very dangerous neighborhood, but what we’re seeing for the first time is the emergence of an interest in the countries in the region to actually work together,” Warlick said.

Also important is the United States’ commitment to an ongoing strategic partnership with Afghanistan. In 2010, Obama and Afghan President Hamid Karzai signed an agreement that allows the United States to work on “people-to-people projects and economic assistance, not only security concerns,” Warlick said.

But the question remains, how to achieve lasting peace? “We’re not going to win this war on the battlefield,” Warlick said. “The way we’re going to bring about peace and stability is through a negotiated settlement, through a process of reconciliation.

“These are huge challenges and it will be difficult,” he said.

How the war will end in Afghanistan is something Rabbani deals with every day, “not only as head of the high peace council, but also as a citizen of Afghanistan.”

“The people of Afghanistan are tired of war,” he said. “They want peace and they want security. There are good chances that we will reach our goal.”

Political leaders must form more inclusive coalitions, restore public confidence by putting an end to past corruption, and concentrate efforts on basic tasks such as citizen security, justice, and jobs — and that will be a challenge, he added.

“Afghanistan is a country that has gone through invasions, civil war, internal strife, and conflict for more than three decades. Peace will take time. But there are signs that those who favor peace and negotiation are in the majority,” said Rabbani, who took over the role of lead negotiator with the Taliban in 2012. His father, Burhanuddin, who had been appointed to the position, was assassinated in September 2011.

“It is imperative that we not lose sight that more remains to be done.”

The conference was cosponsored by the Harvard Kennedy School’s India and South Asia Program, the Future of Diplomacy Project, and the South Asia Initiative.