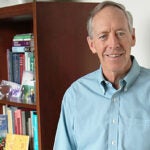 Throughout history, more women have died in childbirth than men have died in battle, Mahmoud Fathalla, founder of the Safe Motherhood Initiative, told attendees at the recent Global Maternal Health Conference in Arusha, Tanzania, co-sponsored by Harvard School of Public Health’s Maternal Health Task Force (MHTF) and Management and Development for Health (MDH), a Tanzanian nonprofit.

Fathalla and other speakers urged the more than 750 audience members, who represented 59 countries and work in more than 110 countries, to continue working for the health of the 200 million women who become pregnant each year.

Conference attendees collaborated on a maternal health manifesto that was published in The Lancet on Feb. 22. Ana Langer, director of the MHTF and professor of the practice of public health at Harvard School of Public Health (HSPH), Lancet Editor Richard Horton, and Guerino Chalamilla, executive director of MDH, co-authored the piece, which incorporated ideas raised during the conference and feedback from the participants. The authors hoped to keep maternal and women’s health part of discussions during the High-level Dialogue on Health in the Post-2015 Development Agenda, held March 5-6 in Gaborone, Botswana. Representatives from the World Health Organization and United Nations met with government officials and experts from around the world to develop suggestions for the development framework that will follow the Millennium Development Goals (MDGs).

Launched by the United Nations in 2000, the MDGs include two women’s health goals to be achieved by 2015: A 75 percent reduction in maternal mortality (from 1990 levels) and universal access to reproductive and sexual health services. Maternal mortality has been reduced by nearly 50 percent since 1990, but only 24 percent of developing countries are currently on track to achieve this goal by 2015. There is still much more work to be done, according to the manifesto authors. With less than a thousand days before the MDGs run their course, they sought to define a framework for maternal and women’s health goals in the next set of targets.

The manifesto, which calls for “a new and challenging goal for maternal mortality reduction” that embraces “political, economic, and social rights for women,” reflects the collaborative spirit of the conference in a concrete way, Langer said. The writers state that as maternal mortality declines, policymakers need to focus on improving the quality of maternal health care while simultaneously ensuring that the care is delivered in a way that respects women’s dignity.

“The manifesto will help make sure that women’s health stays high on the list of priorities that the world needs to keep working on,” Langer said. “It will hopefully also draw more attention to the agenda of the Women and Health Dean’s Flagship Initiative here at HSPH. This is an area where we are well-positioned to move the agenda forward.”

To read the full story, visit the HSPH website.