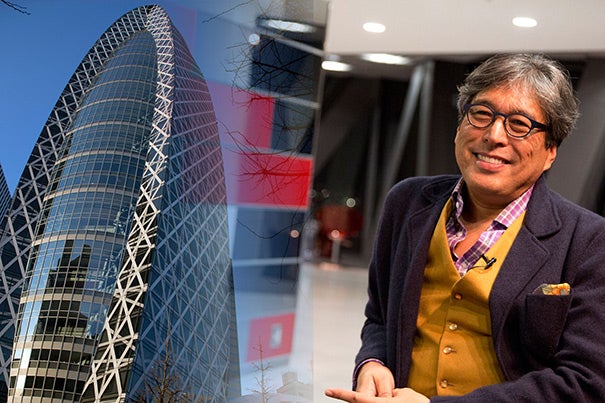 SEOUL — Speaking in South Korea to conclude a five-day visit to Asia, Harvard President Drew Faust urged greater worldwide educational opportunities for women, telling an audience of more than 500 at Ewha Womans University that “the challenge is not only to educate females, but to create opportunities for their skills and talents to help build better and more prosperous societies, as well as improved women’s lives.”

Ewha, the world’s largest women’s university, designated Faust only the second distinguished honorary Ewha fellow during a ceremony Friday that included remarks from Ewha President Kim Sun-Uk, a performance of traditional Korean music, and a roundtable for Faust and Kim with 20 young women studying at Ewha.

In her speech, “Educate Women; Change the World,” Faust said it was important to continue to make the case for educational opportunities for women at a time when they remain dramatically underrepresented in many areas, including business and government.

“How we define success in the education of women, whether in the United States or South Korea or worldwide, remains an open and pressing question,” said Faust. “Dramatic gender gaps persist. No society, no nation, has fully freed us from the question: Why educate women?”

Faust highlighted the potential global economic benefits that would accrue from greater access to education for women. She pointed to the 2012 Global Gender Gap Report, which concluded that reducing the male-female employment gap in developed countries could lead to a GDP increase of as much as 9 percent in the United States and 13 percent in the eurozone.

“Every nation’s long-term competitiveness depends on how well it educates and brings into play its women and girls,” said Faust.

“The most valuable resource in the world is human talent. Unleashing that talent is one of society’s great challenges,” she said. “A growing body of analysis shows that for all kinds of reasons, any society that leaves out the wide talent pool of females is undermining its effectiveness — whether it loses the benefits of balance in corporate leadership roles, or the superior creativity and problem-solving capacities of diverse working teams.”

Faust also discussed the importance of education beyond the economic impact.

“We educate women not only because it is fair and efficient. We educate women because it is transformative,” she told the audience of students, faculty members, administrators, and special guests, including a number of ambassadors to South Korea. “The purposes of learning extend beyond quarterly reports and the bottom line, and even the economic and social benefits of a good job or a rising GDP.”

“In America and South Korea alike, our zeal for achievement, what you call ‘education fever,’ can distort the deeper purposes of learning and narrow our definition of success,” she said. “When education becomes too focused on immediate measurable outcomes, on grades and awards, or when it becomes merely a path to money or prestige, we risk forgetting the inherent value of learning, and our broader aspirations.”

Ewha, which has 20,000 undergraduate and graduate students, was founded in 1886 as Korea’s first educational institution for women. Kim hailed the partnership between Ewha and Harvard that includes academic exchanges between the universities. She also noted that Ewha’s motto — “Where change begins” — aligned with Faust’s remarks on how women can transform the world.

The award ceremony was the final Asian stop for Faust, who also hosted a meeting of Korean university leaders and conducted a question-and-answer session with more than 300 Harvard alumni in Seoul.

South Korean students represent the third-largest group of international students at Harvard, and the University has more than 1,000 alumni in the country.

For the full text of President Drew Faust’s speech at Ewha Womans University.