A milestone for juniors 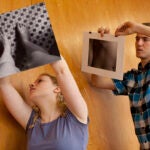 As she welcomed the parents of the Class of 2014 in Sanders Theatre last weekend, Harvard President Drew Faust spoke of the importance of something that people may strive to avoid: the risk of failure.

Faust recalled her 2010 convocation to the class, in which she had encouraged students to “develop an idea of success that had a place in it for failure,” one that would enable students to take risks, stretch themselves and their perceptions of the world, and understand better what they don’t know.

During their time at Harvard, Faust said, “I hope that your children’s ‘yes’ moments have been tempered by some ‘no’ moments, and that they appreciate the benefits of sometimes feeling out of their element. And if they haven’t, don’t worry: They’ve got 14 months left,” she added, eliciting laughter from the audience.

More than 1,320 parents and family members were on campus for Junior Parents Weekend 2013. Sponsored by the Office of Student Life, the two-day event included a wealth of Harvard programming for visiting parents, ranging from a five-mile run for juniors and family members on Saturday morning to open-house events all across campus.

Doug Walo, manager of the Student Organization Center at Hilles and Student Life Events, said he looks forward to Junior Parents Weekend every year because it is such an “enthusiastic and celebratory event.”

“Students, particularly the Crimson Key Society, are integral to the planning and execution of the weekend, and it comes at a point in students’ college experience when they tend to be most involved,” Walo said. “It’s one of the greatest opportunities for parents to see their children at a real high point of their Harvard experience, demonstrating leadership and connecting with faculty, tutors, and peers.”

Faust’s encouragement to value adaptability and flexibility echoed in faculty presentations on Saturday, when hundreds of family members packed Harvard classrooms to hear them speak. More than 200 parents attended a lecture by Richard Wrangham, Ruth B. Moore Professor of Biological Anthropology, on “How Cooking Made Us Human.”

During his presentation, Wrangham suggested that our ancient ancestors valued fire for its protection from predators, and mused that a serendipitous accident of food falling into the fire may have led to a direct change in human physiology. Cooked meat requires less energy for digestion, and provides greater energy than raw food does. When cooking became a central part of our ancestors’ lives, he said, they began a physiological shift that is still happening.

Other parents chose to explore Harvard’s grounds. Some followed in their children’s steps through Widener Library, getting an up-close look at Harvard’s Gutenberg Bible during a special tour. Research librarians shared how the libraries supported student needs, while specialists from several libraries answered questions about collections.

“The libraries play an integral role in supporting students’ research and learning,” said Laura Farwell Blake, head of services for academic programs, who helped welcome parents to Widener. “Parents are deeply engaged in their children’s education, so it’s important for us to give them a full view into their child’s scholarship.”

By bringing in library experts, Blake said, parents had the opportunity to both experience Harvard’s resources and “explore the jewels that are the libraries.”

In her closing remarks, Faust reminded parents and juniors that their time to explore Harvard is winding down, as commencement is less than 500 days away. She counseled juniors to use each day wisely and to continue to stretch themselves.

“Take the opportunity to break free from familiar patterns,” Faust suggested. “Take a chance on an idea or an ideal. Be thankful for ‘yes,’ but be open to ‘no.’”