Perspective at the Forum 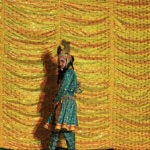 One forum, one stage, and one podium — it’s potentially deadly territory for photographers to document night after night. Yet over the years, four Harvard University Photographers — Jon Chase, Rose Lincoln, Stephanie Mitchell, and Kris Snibbe — have made the most of the multitiered space of the John F. Kennedy Jr. Forum at Harvard Kennedy School.

Presidents, prime ministers, Nobel laureates, heads of state, and leaders in business, labor, finance, and media have paraded across the Forum’s stage. And photographers have sought out the most creative ways to capture the most interesting perspectives in a space with a multitude of viewpoints.

The Institute of Politics manages all the programming of the Forum, regularly working with co-sponsors from across the University. Since its founding in 1978, the Forum has hosted more than 2,000 events. The majority of the events are open to the general public. As a rule, each speaker must take unfettered questions from the audience. This cornerstone of the Forum often produces the liveliest part of any talk.

The Forum encourages debate, from airing different viewpoints on the story (see Bob Woodward and Carl Bernstein argue the facts) to tackling the most challenging issues of our times (watch Noam Chomsky and Alan Dershowitz discuss the future of Israel and Palestine).

Photographers visually experiment with the elements at hand. Monitors, still and video cameras, laptops, and lights are playfully observed; reflections and shadows are artfully perceived. And from a perspective atop the balcony seating, a massive crowd celebrates the second-term victory of President Barack Obama in a sea of red, white, and blue.

To discover the wealth of events, visit the Forum at jfkjrforum.org.