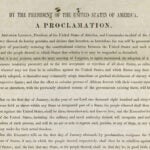 Ceremony with Oscar-winning actor will kick off Arts First

Actor, writer, producer, and humanitarian Matt Damon is the recipient of the 2013 Harvard Arts Medal, which will be awarded by Harvard President Drew Faust at a ceremony on April 25 at 4 p.m. at Sanders Theatre.

The ceremony, presented by the Office for the Arts at Harvard and the Board of Overseers, will include a discussion with Damon on his life and career, moderated by his fellow actor John Lithgow ’67, who will host the event. This is the official opening event for Arts First, Harvard’s annual festival showcasing student creativity in the arts.

Damon has been honored for his work on both sides of the camera, recently earning nominations for the Academy Award, Screen Actors Guild Award, Golden Globe, and Critics’ Choice Award for best supporting actor for his portrayal of South African rugby hero Francois Pienaar in Clint Eastwood’s true-life drama “Invictus.” Earlier in his career, Damon won an Academy Award for best screenplay and received an Oscar nomination for best actor for his breakthrough feature, “Good Will Hunting.”

Damon’s most recent release is “Promised Land,” directed by Gus Van Sant and based on a screenplay by Damon and John Krasinski. In 2011, he starred in a number of projects, including “We Bought a Zoo,” directed by Cameron Crowe; George Nolfi’s thriller “The Adjustment Bureau”; the animated feature “Happy Feet Two”; and Steven Soderbergh’s thriller “Contagion.”

In 2002, Damon originated the role of Jason Bourne in the blockbuster actioner “The Bourne Identity.” He went on to reprise the role in the two hit sequels, “The Bourne Supremacy” and “The Bourne Ultimatum,” both directed by Paul Greengrass. He has also repeatedly teamed with Soderbergh, in the “Ocean’s” trilogy and in a cameo role in the second part of the director’s two-part biopic “Che.”

Hailing from Boston, Damon got his first acting experience with the American Repertory Theater. He made his feature film debut in “Mystic Pizza,” and first gained attention with his portrayal of a guilt-ridden Gulf War veteran tormented by memories of a battlefield incident in 1996’s “Courage Under Fire.”

Together with his childhood friend Ben Affleck, Damon co-wrote the acclaimed 1997 drama “Good Will Hunting.” That same year, Damon starred as an idealistic young attorney in Francis Ford Coppola’s “The Rainmaker” and made a cameo appearance in Kevin Smith’s “Chasing Amy,” which starred Affleck.

In 1998, Damon played the title role in Steven Spielberg’s award-winning World War II drama “Saving Private Ryan” and also starred in John Dahl’s drama “Rounders.” Damon earned his third Golden Globe nomination for his performance in 1999’s “The Talented Mr. Ripley,” under the direction of Anthony Minghella. He reunited with Affleck and Smith to star in the controversial 1999 comedy “Dogma.”