In Turkey, problems for press 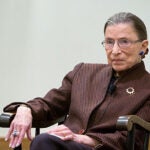 In Turkey, the concept of a free press has devolved to a “Pravda-like” state, with 91 journalists in jail on charges of terrorist activity, and stories about corruption suppressed by the government, a prominent former editor said at the Harvard Kennedy School on Tuesday.

“Reporting is not happening now. Everybody’s afraid,” said Ferai Tinç, who after 28 years left her position as foreign news editor and columnist for the daily Hürriyet in July 2011.

Tinç said that since Prime Minister Recep Tayyip Erdoğan and his ruling Justice and Development Party (AKP) came to power a decade ago, Turkey’s thriving newspaper landscape has been reduced to a half-dozen pro-government media conglomerates and a handful of other papers that face pressure and censorship. “There are only official statements, only Pravda-like journalists,” she said.

The International Press Institute, of which she is a board member, has reported that Turkey has more journalists in prison than any other country, and “provisions set forth in the country’s Anti-Terrorist Act conveniently implicate the work of investigative journalists as elements of alleged plots to overthrow the government.”

While noting that human rights and press freedom are jeopardized not only in Turkey but in many other parts of the world, Tinç told the small group, “I believe press freedom is the pillar of democracy. Without press freedom, Turkey cannot go ahead. We cannot solve our problems.”
Tinç opened her talk with a quote from a leader of the AKP: “We have built very big palaces of justice, but today we are looking after justice itself.” The mistake the party made, she said, was “forgetting to put the justice in them.”

Tinç cited two landmark trials: the ongoing Ergenekon investigation, which since 2007 has seen the arrests of scores of military leaders and led to the incarcerations — some without trial, she said — of academics, journalists, and politicians; and the Sledgehammer trials of 2010-11, in which 244 people were charged with attempting to overthrow the government in an alleged secularist military coup, and 184 were kept in pre-trial detention. The cases, she said, have created “strong tension” in Turkey.

“We have had operations, confiscations of books, and investigations toward morning going into the homes and offices of NGOs [nongovernmental organizations],” she said. In addition, “We had a very suspicious judicial process. Most of the proofs [used as evidence] turned out to be false and fabricated.”

Tinç said the government is also limiting the free expression of artists and academics, in whose work she said the AKP now has a say.

“The situation is hell for young academics,” she said. “Some are pushed to leave their work, some silence themselves. Academic independence is under jeopardy.”

Tinç linked freedom of the press to a healthy society, and said that when journalism is suppressed, human rights are also at risk. She said student and worker protesters in Turkey are often met with disproportionate police force, conscientious objectors face discrimination, and LGBT rights activists are harassed by police. Citing figures from opposition party reports, Tinç said that last year, nine elected politicians from opposition parties were imprisoned before they could take their seats; 802 workers died in workplace accidents; 148 women were killed by domestic violence; 1,831 activists were detained or arrested; and 321 prisoners were tortured or abused.

“This is not the image Turkey wants to give to the world,” she said. “Is this a new phenomenon? No, I don’t think so. But we have a government that claims to be democratic, while we are still far from being a democratic country where human rights are respected.”
The talk was co-sponsored by the Carr Center for Human Rights Policy and the Joan Shorenstein Center on the Press, Politics and Public Policy.